Op-ed: We need to talk about Marty Walsh’s mayoral misfire

By stepping on Michelle Wu’s historic candidacy announcement, Mayor Walsh made it clear that he’s not afraid to play dirty. 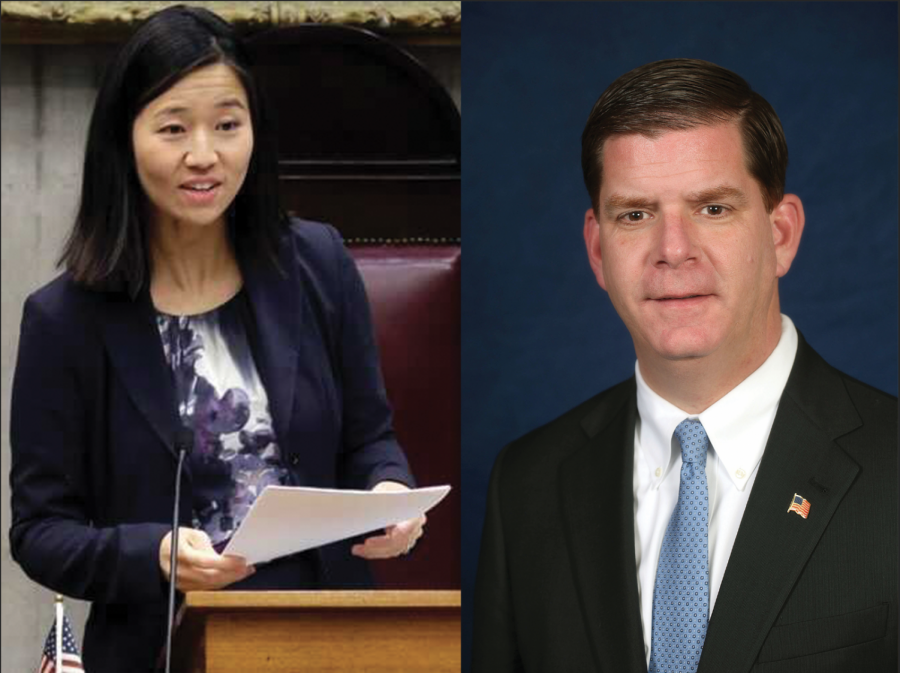 Last week, Bostonians were hit with exciting, albeit unsurprising news: Boston City Councilor Michelle Wu, the first Asian American woman to serve on the council, is running for mayor. She’s also the youngest current member of the council and made history in 2016 after becoming the council’s first female president of color.

Unfortunately for Wu, the news didn’t quite get out how she’d hoped. After giving current Mayor Marty Walsh a courtesy call to inform him of the run — standard practice when announcing a political campaign — Walsh rushed to the Boston Globe and broke the news himself. Instead of allowing her to announce her campaign on her own terms, he kicked aside standard campaign courtesy.

This norm-breaking act did not go unnoticed. Current New York Times reporter and former Boston Globe reporter Astead Herndon called it “petty.” Cindy Rodríguez, Senior Journalist in Residence at Emerson College, labelled it “bad politics” and questioned if it was a “sign of the nastiness to come.” Executive Director of Rebellion PAC, Brianna Wu, tweeted that it was a “sleazy trick” to “try to undermine [Wu’s] campaign.”

While I can’t speak to the mayor’s intentions, it’s hard to disagree with these analyses.

Wu’s candidacy is historic: a progressive woman of color is running to lead a majority-minority city where all previous mayors have been white men. Regardless of who Bostonians ultimately choose to support, the announcement itself should have been a joyful moment, a celebration of the growing diversity of Boston and its leadership. Walsh stepped on that moment.

Aside from the fact that this was foul play, there are three significant reasons why it was also a poor political choice for the mayor’s own campaign if he chooses to run for a third term (as expected).

The first is a matter of character. Walsh’s perceived pettiness left a foul taste in the mouths of many voters, while Wu’s professionalism shone through. In a race that could easily end up incredibly tight, every step matters. The mayor started off on the wrong foot.

Second, it’s a sign that the incumbent obviously feels threatened enough to sling mud. While I’m not a Wu strategist, she could easily paint Walsh as a corrupt establishment politician, using some of the popular progressive rhetoric that’s building momentum in the Democratic Party these days. However, before the race has even begun, the mayor is playing into this stereotype with his gutter politics behavior, while Wu has remained professional.

Finally, let’s be clear: This nonstarter move was utterly disrespectful to his opponent. It was another classic example of a white man stepping on a woman of color’s moment, an upsetting and all-too-relatable reality for many in our majority-minority city. While the first mayoral poll shows Walsh entering this race with strong support from voters of color, it would be a mistake for him to assume he can simultaneously maintain that support and continue to be so flippant and disrespectful towards a prominent woman of color in this race.

One could even argue that Walsh’s misfire was a welcome gift to Wu as she entered the race: a public reminder to voters that the incumbent mayor is not representative of the city he governs and is not afraid to play dirty against his opponents.

And with the news that City Councilor and former Council President Andrea Campbell is also jumping in the race for mayor, Walsh has his work cut out for him to convince a majority-minority city to vote for another white man over two incredibly qualified and prominent women of color.

Jacob Kemp is a second-year political science major. He can be reached at [email protected]