Review: Religious hypocrisy lives on in ‘The Devil All the Time’ 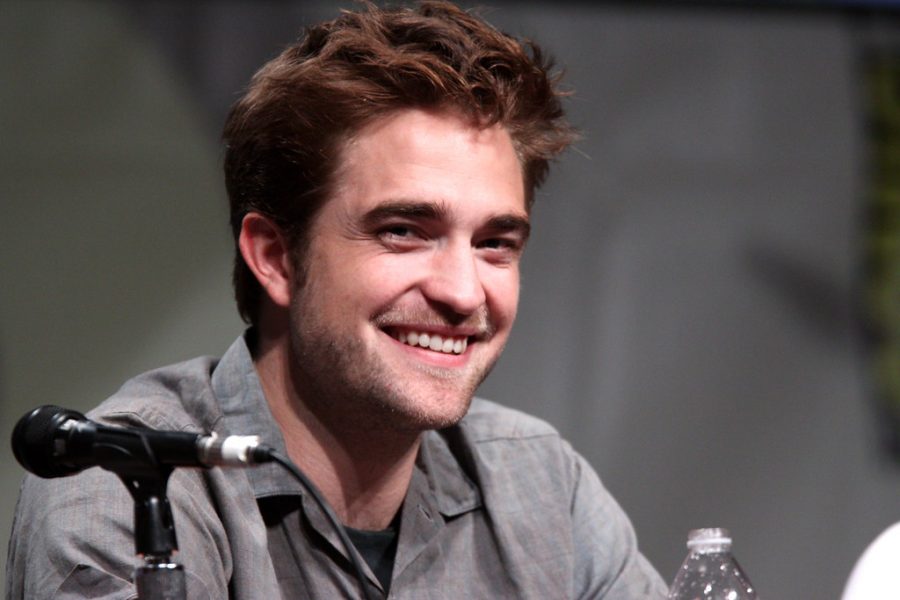 "Robert Pattinson" by Gage Skidmore is licensed under CC BY-SA 2.0

Robert Pattinson plays one of the lead roles in 'The Devil All the Time.'

“The Devil All the Time,” Director Antonio Campos’ new movie based on the novel, is a tale of delusion and faith gone too far. Whether you think social commentary on religious fanaticism is overdone or not, Campos will find a gruesome way to shove it in your face again.
Set between rural Ohio and West Virginia in the 1960s, the story revolves around deeply religious small-town folk. The film opens with the tragic past of Arvin Russell (Tom Holland), who watches his mother slowly die from cancer. His father Willard (Bill Skarsgård), is convinced a sacrifice to God will save his wife, leading him to slaughter the family dog and repeatedly pray with his son. When the decision proves to be ineffective, Willard kills himself.
Arvin grows up to resent faith and prayer. His step-sister, Lenora (Eliza Scanlen), shares a similar tragic story. Her father Roy (Harry Melling) was a preacher and killed her mother in an attempt to reconnect with God. He then fled and left Lenora as an orphan child. Contrarily, Lenora grows up to be the opposite of Arvin — a fervent believer.
The film employs a nonlinear storytelling technique, introducing multiple characters whose paths cross a few times over the years. Campos manages to do so in a way that is not confusing to the audience, and instead connects his characters seamlessly through the widespread religious fanaticism. As a quote in the movie explains, the small-town folk were all “connected by blood through one God-forsaken calamity or another.”
In one of these instances of seemingly spontaneous connection, Roy is picked up by a hitchhiking, serial killer couple. The man asks Roy to have intercourse with his girlfriend, a model, so he can take some pictures. When Roy refuses, still seeing himself as a “man of God,” they kill him.
Every time the couple picks up a new victim, they ask them about religion and their baptisms. Although commiting what is undoubtedly the biggest sin of them all, they somehow see a justification for their heinous acts in their faith. The narrator describes one of the murderers and says, “Only in the presence of death could he feel something like the presence of God.”
“The Devil All the Time” is mysterious. There is a continuous ominous tone that makes the audience struggle to grasp what the director means or which direction the story is headed. In the midst of gloomy displays of cinematography, you catch yourself waiting for another discovery.
In the end, the movie is less about twists and reveals than it is about the hidden truth behind the actions of the characters.
Repeatedly, we see these religious people, who consider themselves to be moral and righteous because of their faith, act in gruesome and sinful ways. This hypocrisy reflects the movie’s criticism of religious fanaticism and how delusional it can make its followers.
The message is clear and still relevant now — the delusion religion creates, when taken too far, makes people believe their crimes and heinous acts are acts of “good faith.” These characters are content with their violence, just as religious extremists today are at peace with themselves despite the harm they inflict on LGBTQ+ groups.
Halfway through, the audience is presented with what is perhaps the only comic relief in this story: Robert Pattinson’s performance as Preston, another preacher that comes to town. Despite playing a despicable character, Pattinson’s ability to completely transform his voice into a heavily southern and high-pitched tone is guaranteed to steal at least a grin from the viewer.
Pattinson is unrecognizable in this movie, and definitely steals the spotlight in an already A-list cast of actors. After receiving backlash for landing the role of Batman in the upcoming DC movie, this performance will surely reassure his talent for those who can’t seem to get him out of the vampire-romance box of “Twilight.”
After a series of graphically violent events, almost all of the main characters in the movie are killed, leaving Arvin to be the “final-girl” of this psychological thriller. The narrative makes a clear statement by making the sole survivor of the movie the only person who had given up their faith. It is almost as if Campos and Donald Ray Pollock, the author of the original book, are waving a flag saying religion can kill.
In the end, “The Devil All the Time” had nothing new to say, but the gruesome and ghoulish approach to religious conservatism made it an entertaining watch, along with incredible performances by the entire cast. If there is one thing to take from this film, it’s that everyone is a sinner.