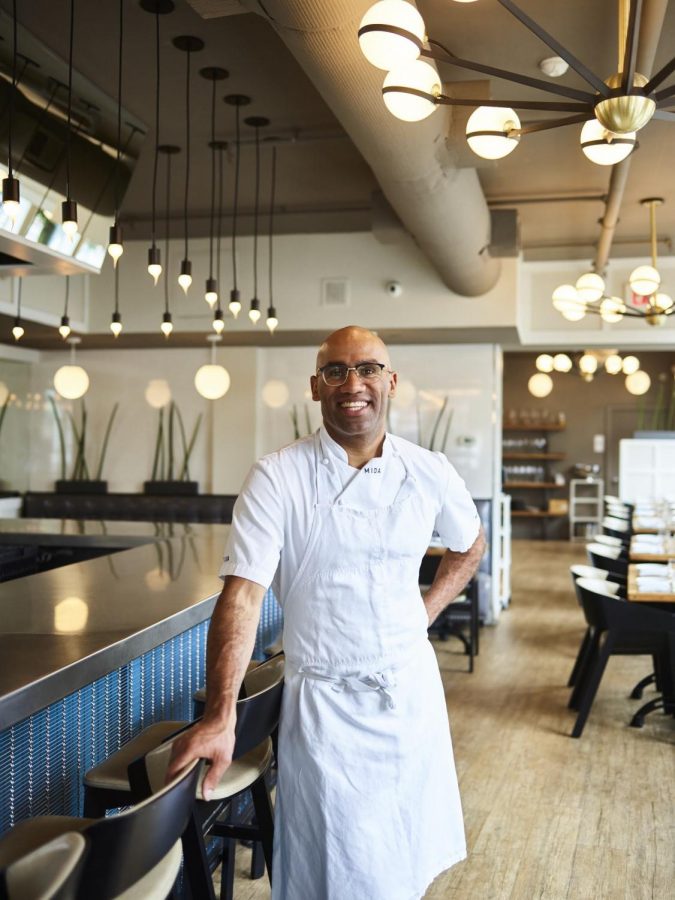 Douglass Williams started MIDA in 2016 and is known as a "pasta wizard".

One of Food and Wine Magazine’s Best New Chefs in America operates a restaurant only 10 minutes from the heart of Northeastern’s campus. Douglass Williams, also known as a “pasta wizard,” has survived Crohn’s Disease and trained in cities worldwide for culinary arts to make South End’s MIDA what it is today.

Williams said that MIDA’s namesake derives from an Italian phrase, “mi da”, meaning “he or she gives me.” He said that generosity is the pillar that MIDA stands on — even the sign above the restaurant door reads, “You look great. Come on in.”

“We want you to feel like you really got the full experience of what generosity feels like to us,” he said, “which is warmth, compassion and empathy, but also taking you on new experiences.”

Williams wanted MIDA to be a “smash hit” when it opened in 2016. He had trained in Paris for several years prior, and he knew he wanted to return home. There was a lot of opportunity in Boston, he said, and he had a plan in place for the little corner of Massachusetts Avenue and Tremont Street.

He also knew that he loved pasta. It’s his favorite food to cook.

“If you take anyone in the world — … from any land, any continent — you sit them down in front of a bowl of pasta without telling them what it is or how to eat it, in my opinion, I think that they would innately know what to do,” he said. “And not just that, but also be comforted.”

Williams said that pasta has “survived everything” and will always last. Some of his best dishes are served during “Mangia Monday,” a weekly night for pasta-lovers across Boston. Two diners get five portions — anything from eggplant parmesan to spaccatelli al pesto.

Over the last four years, MIDA has gained national recognition and been featured in line-ups like Boston Magazine’s Top 50 Restaurants.

“There’s an agreed upon sensibility on a human level that the food and the culture of Italy translates across any boundary, any border, any continent,” Williams said.

Many businesses have had to shut-down in the midst of the COVID-19 pandemic. Williams has adapted instead. He makes sure that his staff follow all safety precautions mandated by the state. He also offers alternative ways for people to enjoy MIDA.

“We want to find ways to not just survive, but offer new and exciting and delicious ways to enjoy MIDA,” he said. “It’s not always by coming to sit down, it’s offering things to go and expanding our take out menu.”

Williams encouraged students specifically to take the short walk to MIDA and experience the restaurant now. “You may not live in the city for the rest of your life,” he said. “Why not experience it in its prime?”

He hopes that MIDA “nourishes” the entire community. “We’re here for everybody, whether it be college students or life-long Roxbury residents,” he said. He added that even in the midst of the pandemic, the community around MIDA has continued to support the restaurant and reciprocate generosity.

“There’s a lot of solidarity in this situation, at this time,” he said. “All we can do is make sure we support our community.”