Op-ed: Glorifying the ‘Westin 11’ was a bad PR move 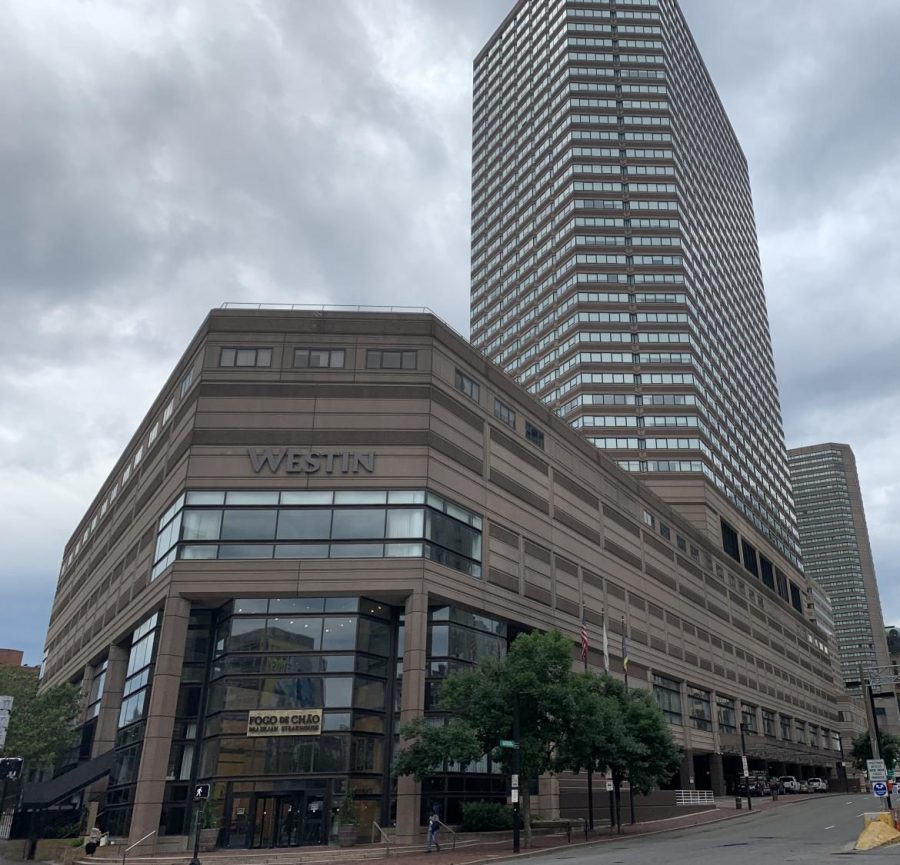 The 11 dismissed N.U.in students were living in the Westin Hotel in Boston.

By now, everyone on campus knows who the “Westin 11” are referring to. On Sept. 4, the university suspended 11 students who congregated in a hotel room at the Westin hotel, which houses the N.U.in Boston students. This was expected, as all students signed a housing contract saying that we would follow all of the COVID-19 rules, including no visitors in our dorm rooms at any point. However, the university did something unprecedented: It refused to refund the tuition of the students who were suspended.

Sept. 5 was my move in day, and as someone coming from Chicago, I drove 16 hours to Northeastern. When I saw Northeastern trending on Twitter, I obviously wondered why, and once I understood what was going on, I immediately told my parents what happened, sparking a large discussion about it.

However, one of my biggest gripes with the situation was the lack of a tuition refund. I remember reading through Twitter and seeing the country’s response to this, and to my surprise, most people took the side of the students. One tweet read, “Each of these 11 students forfeited $36,000 in tuition…for doing the most normal thing imaginable: hanging out in a dorm together.” Most people ripped on the school for even bringing students back to campus in the first place, after the university claimed that their, “number one priority remains the health and wellbeing of our community.”

I strongly disagreed with the lack of a tuition refund. I thought it was selfish of the university, and many people, including myself, believed it made the school look like all it cared about was the money.

The school later announced they kept $8,774 of the tuition and room and board for the semester, and the students were credited the remainder for the spring semester. Northeastern, however, should’ve granted a credit from the beginning, but kept the money from room and board, since the school went through the hassle to reserve rooms at a hotel.

Both decisions, the first being the lack of a tuition refund and the second being a credit for the spring semester, were heavily publicized on large, reputable news sources such as the New York Times, Time and NBC.

But why Northeastern? Why this specific incident?

Many schools are dismissing students who are hosting or attending parties. Syracuse University suspended 23 students after they partied on the quad during the first week of school, and Pennsylvania State University even suspended a fraternity after hosting a party with almost 70 people in attendance. However, these instances were just mentioned in passing among many other colleges in most articles about suspensions. Why did Northeastern get so much press?

In part, because Northeastern wanted its own story in the first place.

On Sept. 4, [email protected] proudly displayed to the world its decision and handling of the situation. Northeastern wanted to make an example of these students, essentially using them as a warning to anyone else who was even thinking about breaking any of the rules. The lack of a tuition refund was yet another knife in the back to these students, and again, something that most schools have not done. Northeastern wanted the press, and that is exactly what they got.

The nickname “Westin 11” shows how impactful this incident was for Northeastern students. And as much as the school wanted to make an example of these students, if anything, this situation glorified the students instead. The students can almost be seen as martyrs; although they did break the rules, they were subjected to a significantly harsher punishment than anyone was expecting.

If the school wanted to make an example of these 11 students, they did, but the situation reflected worse on the school than it did on the students.

All of this being said, I’m not saying that the students should have no punishment at all. They broke rules clearly outlined in the contract all students were required to sign. However, the school was wrong not to initially refund tuition and to use these students as an example. This situation was originally effective in scaring students into following the rules, but as the university crumpled under the bad press and legal stress, the long term-consequences seem to be far worse than their attempt at using these eleven students to prove a point.

Laura Pomilia is a first-year international affairs and political science major. She can be reached at [email protected].