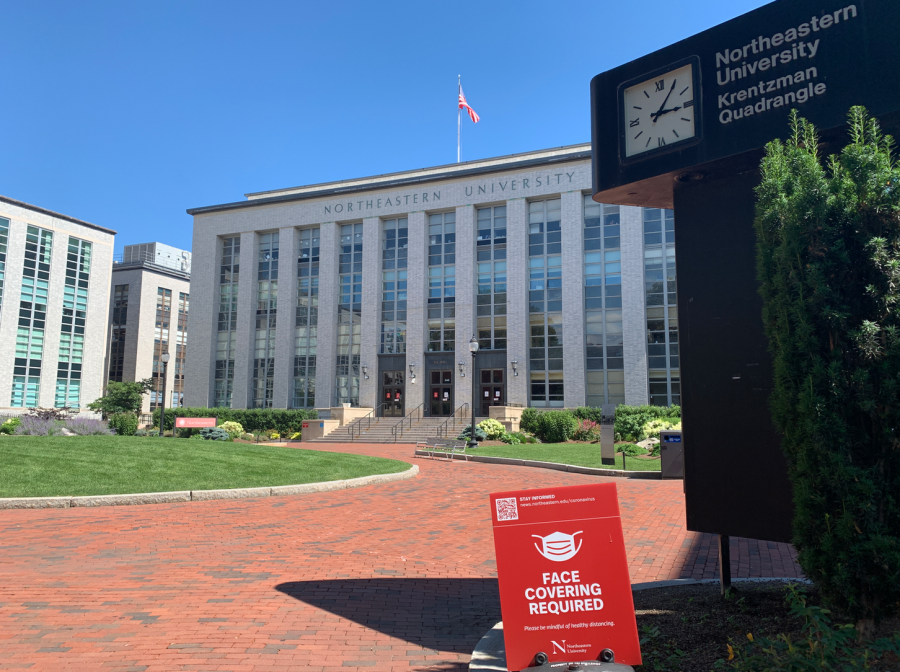 In the first week of September, 11 first-year students living in the Westin Copley Place hotel were given only 24 hours to leave. They were found gathering in another student’s room, violating Northeastern’s COVID-19 residence hall policy. The dismissed students were told that they are allowed to return to campus for the spring semester, but they would not receive a refund for their tuition nor their room and board, a sum totaling $36,500.

The dismissed students appealed the dismissal decision, two families hired lawyers and the student body and general public criticized the decision to keep their tuition. In response, the Northeastern administration issued a tuition credit for the spring semester, but the $8,740 room and board payment would not be refunded.

For a school that has continuously championed its reopening plan, some aspects of the plan – primarily its enforcement – seemed to be ironed out at the last minute.

When deciding these policies, did the school not consider the families of the punished students? A $36,500 tuition is a significant amount of money, especially during a historic financial crisis that will likely worsen during the winter. And by not refunding or crediting the students’ families, the university would have ultimately allocated their sizable tuition — a total of more than $400,000 — to fund resources and services that the students would not have been able to use.  The university seemed to think that by issuing a tuition credit, the students would be placated since they could make use of their tuition next semester, when they originally thought it was gone for good. There are other factors that should have pushed the school to issue a full refund.

These first-year students hadn’t even started their first semester – they moved in only days earlier – so why did the school need to withhold both the tuition and the almost $9,000 room and board fee? If the school already paid for the hotel rooms, this price tag seems unreasonably high. The school certainly has enough money coming in to make up for the loss. Eleven families permanently lost nearly $9,000 and temporarily lost around $30,000 during a global pandemic. The only real explanation is that Northeastern wanted to make an example of their children.

Though the administration showed a sudden change of heart and policy, they already demonstrated their willingness to punish students harshly in order to set a precedent. It is good that the school is taking the pandemic seriously and that it is enforcing its policies, but the public nature of the Westin students’ dismissal and the severity of the financial consequences makes it feel like the actual lives of students matter less than the administration’s demonstration of power.

Other schools are also dismissing students caught breaking COVID-19 protocols, but only Northeastern’s set of dismissals have made national news. Perhaps this was on purpose.

Northeastern’s image has been in development for months. President Joseph E. Aoun appeared on CNN and wrote an opinion piece for the Washington Post detailing the university’s plan and his guiding philosophy. Northeastern is now definitely in the public eye, and it is willing to throw its students under the bus to maintain its image, even if it means significantly hurting a family’s finances or damaging the school’s community.

How are students supposed to “protect the pack” when they are scared that they will be treated unfairly and harshly by Northeastern? That’s not fostering a protective school community — that’s policing the rules.

Northeastern even initially stated that the students will “no longer be a part of the Northeastern community for the Fall semester.” Two weeks later, the administration decided that the students can return to the community in the spring if they want to get their money’s worth. This rejection and then almost immediate acceptance seems disingenuous and cruel. It only becomes crueler when you realize that the students within the hotel barely have a “community” to be a part of as they can hardly socialize with each other without fear of breaking policy.

College is supposed to be a place of education and exploration, but Northeastern has put its public image as its top priority. It has sacrificed its purpose as an educational institution by putting emphasis on harsh policing on the public stage.

It is for this reason that I believe the 11 dismissed students should receive a full refund of $36,500. They were punished too harshly so that the school could set an example to the general public. Rather than compromise on finances like a business, the university should acknowledge its mistake and provide a full refund like a college who cares about its students.

If Northeastern is going to treat us this way, it should at least have the dignity to give us our money back.

George LaBour is a fourth-year economics and history combined major. He can be reached at [email protected]