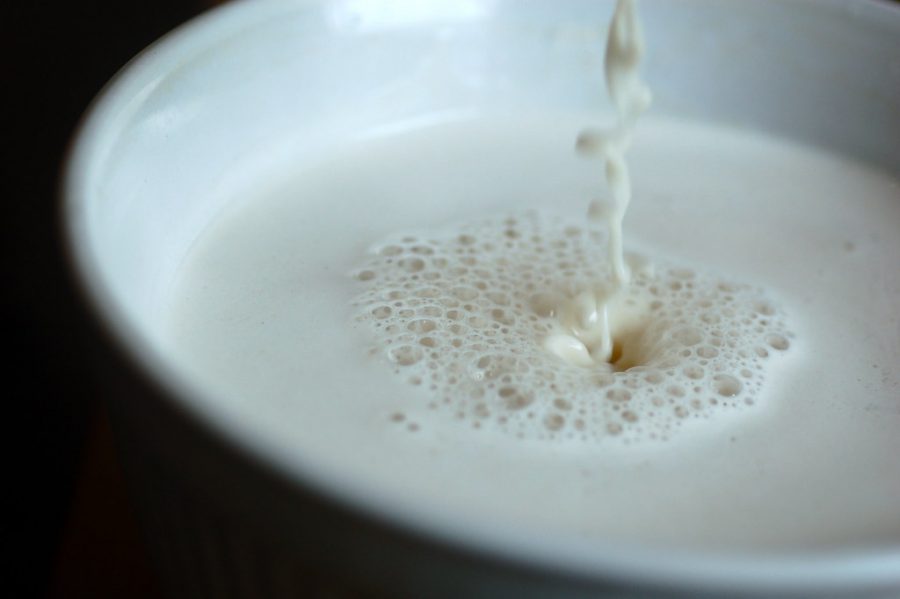 Oat milk is the newest trend in the milk alternative industry.

Non-dairy milk is the latest food trend sweeping the nation. Some gag at the thought of drinking milk, some look for a more sustainable cooking option and some just want to try something new in their coffee. For those struggling to find a replacement for milk in their diet, look no further. Behold, a ranking of every non-dairy milk I could find in the city of Boston.

You either love it or you hate it. I think it’s not worth the hype. Its strong aftertaste clashes with anything you may put it in. Most importantly, it does not work in coffee. If you think it does, you’re lying to yourself.

Cashew milk is almond milk’s weird cousin. In consistency, they are nearly the same. The cashew flavoring is a bit strong, adding an unexpected sour note to an otherwise bland milk experience. I can’t say I’ve tried it in coffee or cereal –– to be honest I was a little afraid to. Cashew milk comes on strong, so beware before trying.

My friend described this to me as “drinking a cold bowl of rice,” and while that might not exactly sound appetizing, it holds true. It works, but in an oddly bland way. It doesn’t add or take anything away from other dishes or drinks. Rice milk is for the unadventurous.

While tasty, coconut milk lacks versatility. It only works in certain drinks and dishes, and in any case, you can’t really shake the coconut flavor. If you want a tropical vibe in your cereals and desserts, coconut milk is the one for you. Its watery consistency holds it back from its true potential in baking, cereal and even some curries.

Banana milk is not afraid to make a statement. It boasts a sweet flavor and a consistency that I can only describe as chunky, which makes sense, given it is made from bananas. It is not trying to be any other milk on this list, and I respect that. Banana milk works in cereal, and really shines in smoothies. It could be a fun addition to baking as well.

Soy milk is a classic, solid option. It works in coffee, and even different cereals. The divisive part is its slight soy aftertaste. I can see past that, but others may not.

This is not up for debate –– oat milk is the best milk alternative, the ultimate non-dairy queen. It has picked up in popularity recently, becoming more easily accessible at places like Dunkin’ Donuts. Oat milk is perfectly creamy with barely any aftertaste. Its consistency makes it a great addition to coffee, cereal, smoothies or baking. Oat milk is a glimmer of light in the dark seas of non-dairy milk.

Do I take milk alternatives too seriously? Absolutely. Lactose intolerance does that to a person. All of these different milks boast varying strengths and weaknesses –– hopefully you can find the one that works for you. As I patiently wait for the day that my body can process dairy products again, oat milk will have to do.