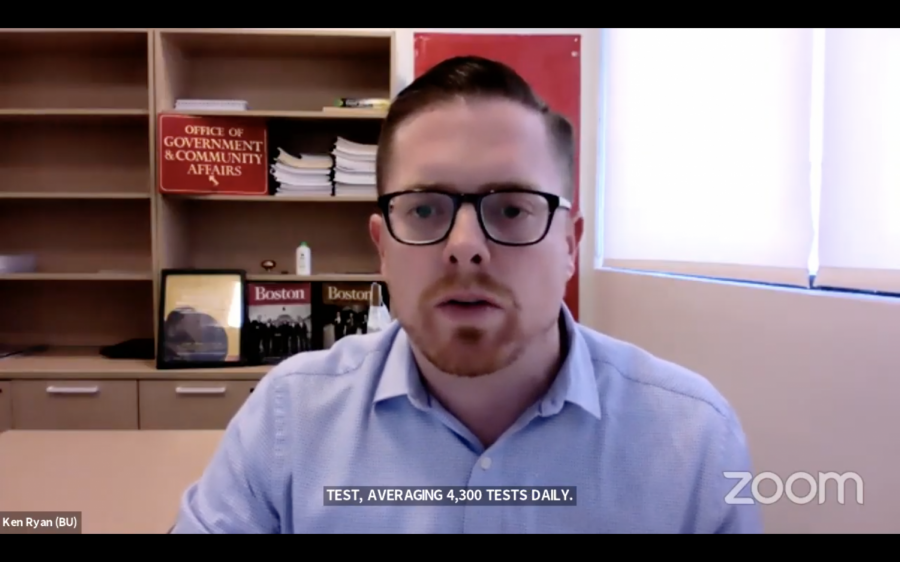 Ken Ryan, the director of city relations at Boston University, speaking to members of city council over zoom.

During a city council meeting on the topic of university reopenings Monday evening, Boston University confirmed its plans to cancel Spring Break and place restrictions on Thanksgiving Break.

BU Director of City Relations Ken Ryan encourages Boston University students to complete the remainder of the semester from home if they choose to go home for Thanksgiving break, especially due to the 14-day quarantine regulation for traveling outside of Massachusetts. Students will also not get a spring break next semester and instead start one week later on Jan. 25.

“In accordance with current public health recommendations, we are strongly encouraging students who wish to complete the fall semester on campus to remain here over the Thanksgiving break,” Ryan said. “ If students make the decision to travel home for the holiday, BU will recommend not returning to campus and instead completing the semester remotely under the [Learn from Anywhere (LfA)] model.”

Northeastern Vice President of City and Community Affairs John Tobin confirmed that Northeastern knows what it plans to do this Spring; however, they will not announce these plans to the council until they inform the student population.