Op-ed: Why we should wait to replace Ruth Bader Ginsburg 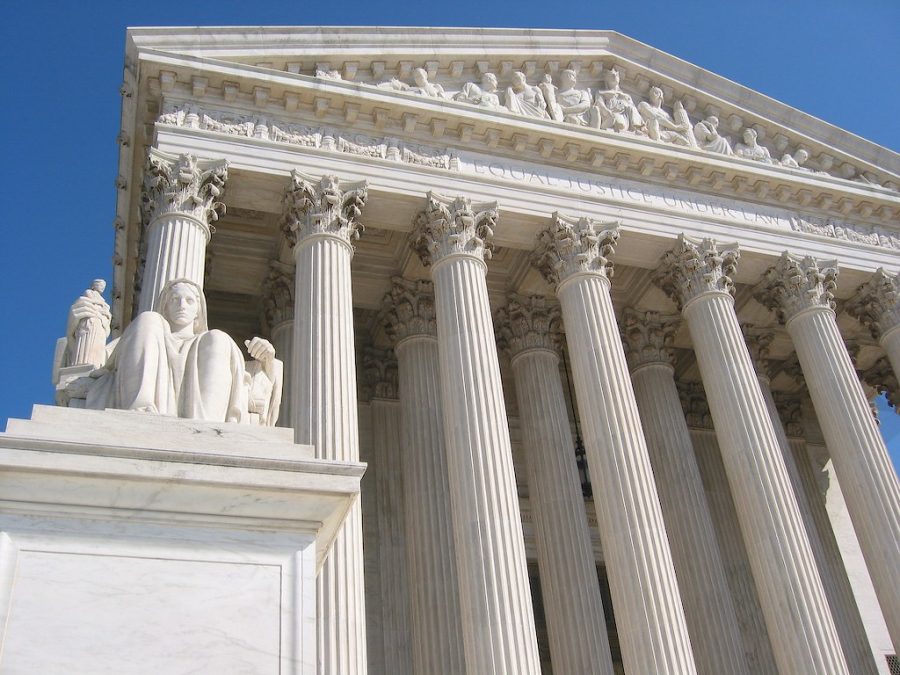 "US Supreme Court" by zacklur is licensed under CC BY-NC-SA 2.0

Justice Ginsburg's passing raises the stakes for the upcoming election.

I doubt I was the only one who felt doomed upon learning of Ruth Bader Ginsburg’s death. On Sept. 18, we lost an icon, an inspiration and a champion of equality. Ginsburg dedicated her life to justice, and now we are left with one question: Who will replace her?

In Feb. 2016, Justice Antonin Scalia died. Though President Barack Obama still had almost a year left in his term, Sen. Mitch McConnell urged the Senate to hold off on selecting a new Supreme Court justice until after the election.

“The American people should have a voice in the selection of their next Supreme Court justice,” McConnell said. “Therefore, this vacancy should not be filled until we have a new president.”

These words are the reason why I believe we should wait until after the election to select someone to take Ginsburg’s place.

The day of Ginsburg’s death, McConnell pledged that President Donald J. Trump’s nominee would be put to the Senate floor for a vote, contradicting his own argument from 2016. Obama nominated Merrick B. Garland, a moderate, well-liked jurist, for Scalia’s spot, but the Republican majority in the Senate refused to even grant an initial hearing.

Now, Republicans seem to have no problem with Trump nominating Amy Coney Barrett, a conservative judge and anti-abortion advocate. Honestly, the issue is not just Barrett herself — it’s the hypocrisy of Trump and the Senate.

Only hours after Ginsburg’s death, McConnell already began pushing for a replacement. Where is the respect for a woman who served on the Supreme Court for 27 years?

Ginsburg knew this would happen. She knew Trump would do anything in his power to replace her as fast as he could, creating an even more conservative justice system. So, she included a weighty request in her last wishes.

“My most fervent wish is that I will not be replaced until a new president is installed,” Ginsburg said to her granddaughter, Clara Spera.

We have less than a month to go before the presidential election. Trump does not have to replace Ginsburg so quickly. He should honor her last wishes and hold off until the American people decide who will be president. After all, that’s what happened in 2016. That time around, however, there was almost a year left to go and no last wishes to be honored. Yet, the Republicans still hindered Obama’s efforts.

The American people, as McConnell so eloquently stated in 2016, should absolutely have a say in this Supreme Court nomination, and the only way to do so is to wait a month for the next election. Voting is our way of influencing the justice system, and we should be able to have input on what happens next.

The future of our nation is at stake here. Ginsburg’s replacement could impact so many aspects of our lives, including reproductive rights, marriage equality and healthcare. We should be asking ourselves why our president is in such a rush. He knows that the only way to ensure his influence, even if he is not reelected, is to fill the Supreme Court with his own nominees. Their terms will outlast his, rendering him powerful beyond his presidency.

As a woman who knows that her rights could be stripped away at any second by this so-called “justice” system, Ginsburg’s replacement is on my mind every day. We cannot afford to give any more power to the selfish man in charge of our country.

Rachel Erwin is a second-year theatre and journalism double major. She can be reached at [email protected].