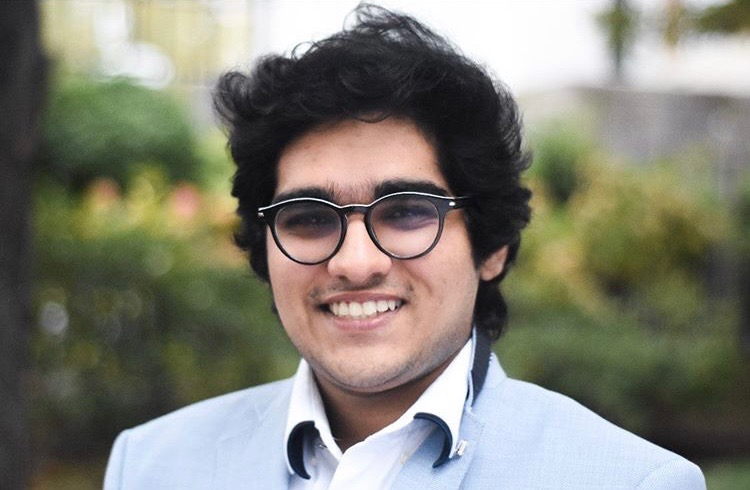 “I wanted to be part of something that wasn’t just about having conversations — although those conversations are important and we have a lot of discussions in NSCC — but I was looking for a club that was also action-driven and encouraged others to go out and do something,” Kapoor said.

Vinayak Kapoor, a third-year political science and criminal justice major, is the president of the General Assembly for the Northeastern Student of Color Caucus, or NSCC, but he is also so much more.

“I talk a lot about identity. It’s a subject that’s always been close to my heart,” Kapoor said. “I’m a student of color in the United States. I am Hindu. I am Indian. I’m an international student. I am a politically and socially liberal. There are so many different identities I connect with. If you’re simply looking for a place to belong, however many ways you might identify, join NSCC.”

In the fall of 2019, Kapoor met the former NSCC Secretary General James Lyons and was encouraged by him to attend an NSCC meeting. At first Kapoor wasn’t certain of how much he would be able to commit to the NSCC, but by the spring, he already held a leadership position.

His first official position in NSCC was Chief of Operations Officer, or COO, where he  programmed events, contacted vendors and booked venues. Kapoor knew quickly that that position did not impassion him, but his current role does.

“I’m very interested in speaking to people and learning about their backgrounds and finding out what social justice issues they’re passionate about. I wasn’t doing that much as COO,” Kapoor said.

Kapoor is the second-in-command behind Secretary General Giselle Rodriguez-Benitez, a fourth-year economics major. He mentors NSCC members, serves as a “host” of the General Assembly, organizes the voting process for passing amendments and helps to oversee all NSCC committees’ projects.

NSCC, he said, is a diverse community of people including first-generation Americans and first-generation college students of different races, ethnicities and socioeconomic backgrounds. What the entire caucus shares, however, is a passion for fighting for social justice issues.

“I wanted to be part of something that wasn’t just about having conversations — although those conversations are important and we have a lot of discussions in NSCC — but I was looking for a club that was also action-driven and encouraged others to go out and do something,” Kapoor said.

He described his life growing up in India as privileged, since he hadn’t experienced discrimination, at least not to his best knowledge. He had his first experience with blatant racism when he came to the United States.

“Northeastern is a very white university. I think the NSCC is important because it can help encourage empathy. It’s a quality that everyone has but not everyone knows how to use,” Kapoor said. “NSCC helps there be more awareness, more empathy, and so everyone can leave a discussion feeling like they’re more educated than they were before.”

Kapoor also juggles many other activities, including the Northeastern Legal Argumentation Mock Trial team and Phi Alpha Delta, a pre-law fraternity chapter, and will be officially inducted into the Phi Alpha Delta international fraternity in October. . He also takes Bollywood dance classes with a local dance company and writes poetry often, finding it to be “liberating.”

He’s currently focusing on his work with Rodriguez-Benitez for the international student committee and efforts for the mental health committee with third-year American Sign Language and psychology major Denisa Ramseier, the secretary of programs. He’s also currently a part of the NEU Votes movement, which encourages Northeastern students to get out to the polls.

“It’s rare to see international students being interested in getting involved in politics because people see particular issues as the United States’ problem,” Kapoor said. “But as an international student who aspires to start a life here, I want to spread awareness, especially as someone who cannot vote, about the responsibility people who can vote have.”

Kapoor is currently on his first co-op with the Public Records Division for the Massachusetts Secretary of the Commonwealth where he learns the ways of legal writing, legal administration and what it’s like to be an attorney in a government law office.

Originally from a wealthy business family in New Delhi, he was always expected to go to business school in the United States and come back to take over the business. However, he knew that business was not his calling, but wasn’t sure what was.

Boston and Northeastern attracted him for many reasons, but none so much as the Explore Program. After about a year of trying out his options, he felt most passionately about the humanities and now sees himself going into law.

Although his co-op has already taught him much about how a law office runs — how communication is conducted or how cases are properly opened, closed and filed — he doesn’t know exactly what field of law he’d like to be in yet.

“I’ve been told before that the field of law is not something that you pick, but something that picks you,” Kapoor said. “I’m still soul-searching within my major, but ask me again in three years and hopefully I’ll have a clearer idea of where I’ll be.”