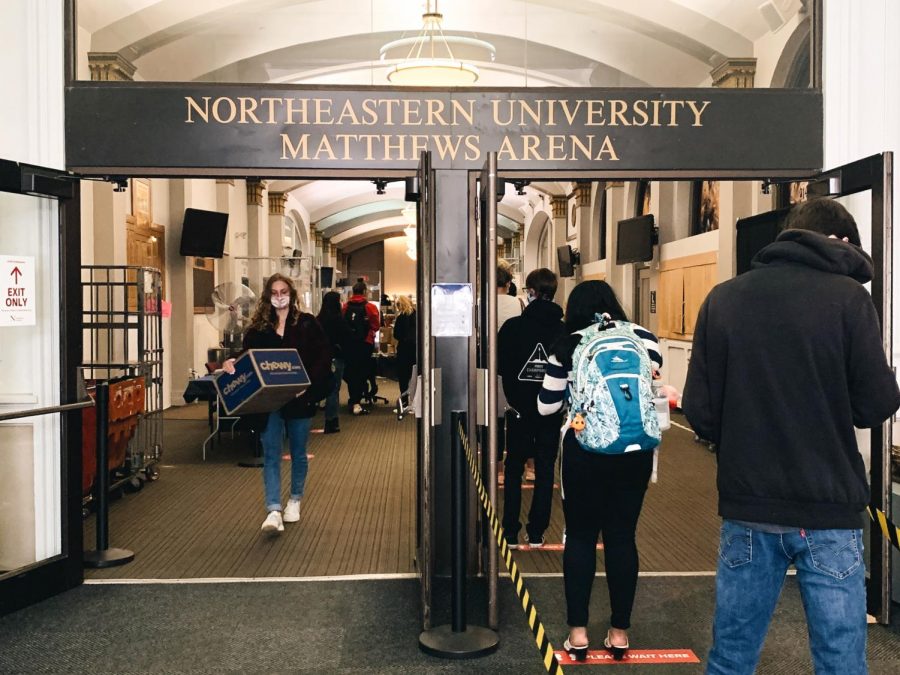 Students have reported lengthy lines at Resmail in addition to major delays in receiving their packages and letters.

For the first month of living on campus, fourth-year bioengineering major Henry Weith was unable to perform part of his job because he had not received his renewed driver’s license — or any other mail.

“Part of the job requires me to use a ZipCar every so often, and I haven’t been able to do that lately because I don’t have a driver’s license that I can use,” Weith said. “I have not received any mail and not even just that, but I check probably every day and every day there is not a single piece of mail in a single mailbox for anyone in my building.”

Weith said he and fellow residents on 319 Huntington Ave. have filed a lot of complaints to upper management, but to no avail.

“I just feel like Northeastern has been not that vocal about it, and not really letting students know or assuring them when they’re gonna get their mail or even acknowledging that there is a problem,” Weith said.

University spokesperson Shannon Nargi said in an email that the delays early in the semester stemmed partly from inadequate staffing of the mail handling vendor and increased precautions due to the pandemic.

“The enhanced safety protocols around fall move-in due to COVID-19 resulted in an increased volume of items mailed to campus,” Nargi wrote. “Students were not able to pick up their mail until they received three negative COVID-19 test results.”

Coming from out of state, first-year mechanical engineering major Anthony Aiyedun could not fit everything he wanted to bring for move-in in his luggage, so he mailed extra items to campus. He said some packages were processed by ResMail a week after he was notified of their delivery by a third party.

“In my case, they weren’t vital things. They were just like decorations and books and notes, but I understand for some people it could be worse, it could be things they need for class,” Aiyedun said. “I didn’t get my backpack until the second day of school, so I had to carry my stuff — it was inconvenient and not good.”

Aiyedun said he expected the ResMail experience to run much smoother this semester.

“Compared to all the other different aspects of Northeastern, especially with how they have all adapted to [COVID-19], it’s sad that it is not as electronic as it could be, like they are writing stuff down and they spend so much time looking for it,” Aiyedun said.

While Weith has never experienced delays of this magnitude with ResMail in the past, he believes elevated levels of mail this year exposed issues with the system.

“Honestly I don’t blame any ResMail workers, I think it’s all mismanagement,” Weith said. “I think people aren’t properly trained. They aren’t given all the information they need.”

In a statement, the university recognized that its mail services have not been functioning as expected and is aiming to resolve the ongoing delays. Northeastern attributed the problems to an increased volume of mail, inadequate staffing and limits on when students can pick up mail.

“We regret that the combination of these three factors resulted in significant delays, inconveniencing many students who were not able to receive their packages and mail in a timely fashion,” Nargi wrote. “Over the past few weeks, the university has been working to resolve these issues quickly and deliver a faster, more efficient ResMail experience for the rest of the semester.”

To Aiyedun, it makes sense that Northeastern had higher priorities this fall, but he wished the university would do a better job communicating issues about ResMail with students.

“If Northeastern had to pick [between] increased testing and classrooms and mail, I understand how they would prioritize that,” Aiyedun said. “On the student side, it’s kind of annoying how I have to wait.”

Even if nothing can be done to speed up the ResMail system, Weith said he wants to see acknowledgement of the issue from the university.

“I would like an email to students, particularly to buildings that haven’t been getting mail,” Weith said. “I’d like them to just say where the mail is, [and] when they expect we should get it, and what the issue is, because I don’t know where it is right now and I don’t know if I need to reorder things.”