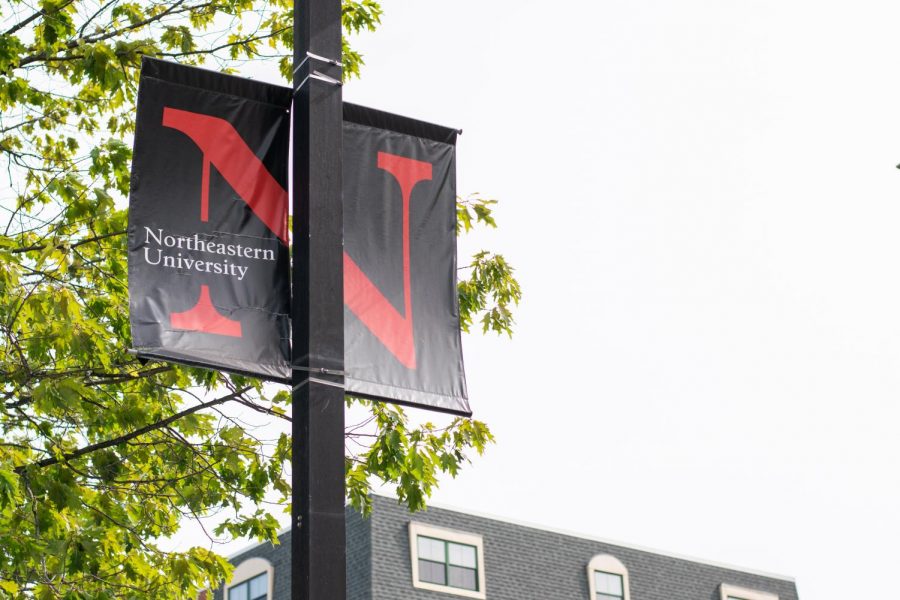 “For a lot of us first-gen, low-income students, we kind of have to handle this ourselves without our parents because they don't have the experience,” said second year computer science major Kelly Ma.

When second-year computer science major Kelly Ma decided to move back home with her parents in New York this semester and take classes remotely, she did so with the intention of saving money. But an email from her financial aid advisor at the end of August shifted her expectations.

With Northeastern’s new NUflex hybrid learning model for the fall, students can decide whether they want to attend classes in person or online. The virtual classroom offering provides students the flexibility to continue their coursework while living outside of Boston, but an accompanying financial aid reduction is complicating the situation for some students who stayed home.

“The reason that I decided to stay home was to save money, and to see that one of my grants was cut in half was pretty shocking to me,” Ma said. “I definitely had to try to figure out really quickly how I was going to get the money to pay for it.”

Ma isn’t alone in this experience. Students who live at home are classified as commuter students, and their financial aid packages don’t cover the cost of room and board. For students like Ma who have decided to stay home and take classes online, their packages now exclude coverage for room and board, thus reducing overall aid. These students said that they only found out through their financial aid readjustments or direct inquiries with Student Financial Services that they had been reclassified as commuter students.

“Financial aid calculations take the cost of housing into consideration,” a university spokesperson said in an email. “A small number of students who have decided to live at home during the fall semester may have seen changes to their financial aid packages as they no longer have the additional costs associated with housing. As a result, these students have been classified as commuter students for this semester.”

For Ma, this means that she’s now paying Northeastern the leftover cost of her bill not covered by financial aid — whereas before, her aid package was large enough that she was receiving a refund back from the school each semester. The reduction came from her Northeastern University Grant, which is a need-based grant that, according to Northeastern’s website, is guaranteed throughout a student’s undergraduate career as long as they stay on track for graduation and maintain a 2.0 grade point average.

“The university never told anyone that their financial aid would decrease if they stayed home,” said Gisselle Rodriguez Benitez, a fourth-year economics major and secretary general of Northeastern’s Students of Color Caucus. “Most students found out once they decided to stay home and then got their financial aid packages.”

Juan Aguilar-Arciga, a second-year computer science and math major, is another student in a similar situation. Aguilar-Arciga previously lived on campus but is now living at home in Indiana. Although his aid hasn’t been reduced yet, he reached out to Student Financial Services after hearing about others’ experiences and was informed by voicemail that he should expect a reduction in his Northeastern University Grant. The voicemail also included how much that reduction would be, which Aguilar-Arciga said is more than he anticipated.

“During school, with the dining plan, my grants would cover the dining plan, and I thought it would have been useful to get some money back from the school to help with covering the expense of food and stuff like that for the semester,” Aguilar-Arciga said. “I really didn’t want to have to worry about having to take out a loan this semester, so it’s kind of disappointing that I did have to do that.”

The rationale seems straightforward: If students are no longer paying the school for room and board, they shouldn’t need as much aid to cover their cost of attendance. But the reality isn’t as simple, Rodriguez Benitez said.

“For a lot of students, this has more profound implications because they’re low-income [students] and are so dependent on the financial aid that they get,” Rodriguez Benitez said. “This is a really weird time to lower financial aid for students because of all the economic impacts of COVID-19.”

The association between living at home and affordability is a privilege, not a guarantee, she said. Economic hardship resulting from the pandemic has most significantly impacted low-income and minority families, and approximately half of lower-income Americans have reported job or wage losses within their households. Low-income, Black and Latinx families are more likely to experience financial hardships during the pandemic, including an inability to pay for housing or other essentials and a reduction in spending on food. Hardships like these can make it financially infeasible for parents to comfortably house their college-age children, Rodriguez Benitez said.

“There are a lot of costs in housing and feeding adult children that we don’t think about that aren’t easy to cover for families who aren’t expecting to have their children at home for so long,” Rodriguez Benitez said, mentioning costs of food and space within the home.

Rodriguez Benitez said that she and a group of peers reached out to the university to request that additional grants be provided to remote learners to help mitigate these financial burdens. Their request is similar to what some other schools like Harvard and the University of Southern California have done, with Harvard providing students living at home $5,000 per semester and USC providing such students $4,000 per semester. While the students have been in communication with university officials, they have yet to receive definitive answers.

“It’s been an ongoing conversation, and we have heard back from the administration that they’re working on this,” Rodriguez Benitez said. “The issue really is just how long it’s taken, because we’re past mid-September and we haven’t heard anything.”

Ma said that another way to make the cost of attendance more affordable for low-income remote learners would be to allow them to waive their required enrollment in the Northeastern University Student Health Plan, or NUSHP, if they receive Medicaid in their home states.

In compliance with Massachusetts law, Northeastern requires that every student participates in either NUSHP or an alternative plan that is deemed comparable. Because out-of-state Medicaid is not considered comparable, students like Ma who receive Medicaid in their home state must participate in NUSHP.

Now that Ma is living at home in New York and able to utilize her New York Medicaid coverage, she asked the university if she can waive her NUSHP enrollment and therefore avoid the $2,099 semesterly health plan fee, but she never received a response. She said that other students she knows who are studying remotely also reached out with the same request and were denied the ability to waive on the same grounds that out-of-state Medicaid is not comparable.

“A lot of us who are [of] low income depend on Medicaid from our state, which isn’t considered a comparable plan to NUSHP,” Ma said. “We have to pay the extra $2,000 to get Northeastern’s health insurance, even though we’re not going to be in Boston and we already have insurance where we are staying.”

Aguilar-Arciga also attempted to waive his NUSHP participation given that he receives his state’s Medicaid, but his request was denied. He said he had to take out a loan to cover the fee of NUSHP for the semester.

The broader conversation about remote learning at Northeastern extends beyond the issue of affordability, Rodriguez Benitez said. Some students might opt to stay away from campus in an effort to protect the surrounding communities from exposure to COVID-19, and remote learning grants would serve an additional purpose of incentivizing that.

“Another thing that we wanted to push [was] having a grant to incentivize students not to come back to campus, and I think that sort of clashes with all of the investments that Northeastern has made in getting campus to be a safer place to come live during COVID,” Rodriguez Benitez said. “I think that we also need to think about the fact that our representatives have asked us not to come back … It’s not just about us being here — it’s about the effects that we have on the greater community.”

Ma said that she thinks pushing the university to move forward with additional assistance for remote learners will require pressure from the student population. She hopes that people will consider the experiences of students most impacted by financial aid reductions.

“For a lot of us first-gen, low-income students, we kind of have to handle this ourselves without our parents because they don’t have the experience,” Ma said. “For something like this to happen, and some of us being blindsided by the [reduced aid], it’s just a really hard burden on us financially.”