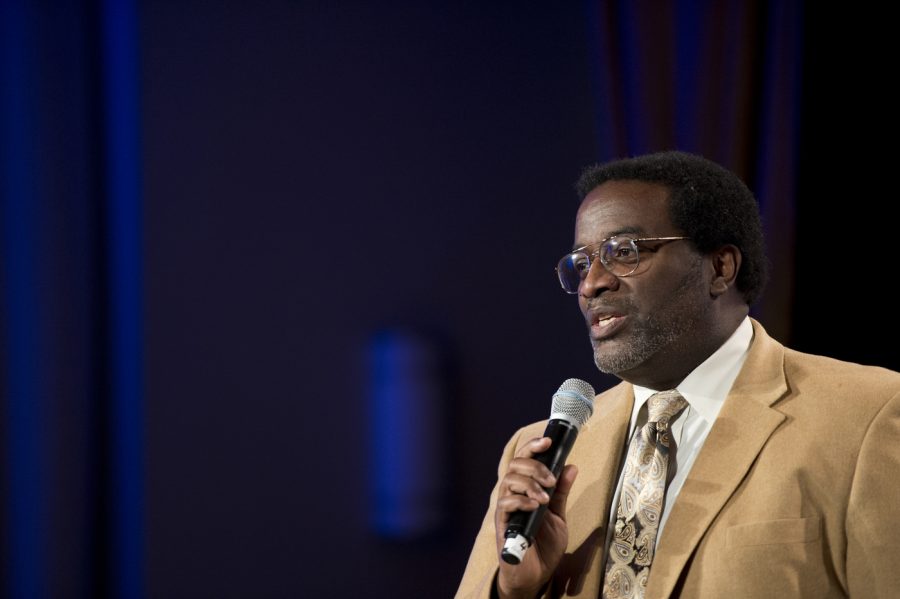 “I simply listen,” Jose said. “Students come into my office all the time. I listen to what they have to say. … That’s it.”

Following the deaths of George Floyd and Breonna Taylor and the increasing momentum of the Black Lives Matter movement, President Joseph E. Aoun announced his action plan to increase diversity at Northeastern. Another major component of the plan included promoting Associate Dean Robert Jose to the position of Dean for Cultural and Spiritual Life, a role Jose has taken on with confidence and 37 years of experience behind him.

Jose doesn’t believe that he chose his career, but that the education field chose him. So when his first job in business after graduation didn’t work out, he applied for and got a job as a resident director at Bentley University. There, Jose was told that he had a talent for working with college students. He moved up to the position of assistant director of residential life, then entered NU as the director of residential life in 2004.

About two and a half years ago and after several promotions at NU, he “made the suggestion that [he] be allowed to give direction to what we call cultural and spiritual life.”

“I saw a need to build or to add to the voice of those who are working to build understanding between people,” Jose said.

Jose explained that his new role as dean is similar to his role as associate dean. As associate dean, he oversaw the direction of the on-campus cultural and spiritual centers, such as the John D. O’Bryant African American Institute, as well as related student organizations.

The difference, he said, is that he can “strategically address issues that are of interest to students.” The promotion also includes the title of senior advisor to the president for diversity and inclusion. Being a member of Aoun’s cabinet gives Jose a closer link not only to Aoun himself, but also to other departments and their resources.

“I am in a position to inform leadership of programs and policies that advance University goals,” Jose wrote in an email to The News. “… I can advocate for the implementation of initiatives that are of critical importance to all members of the University community.”

A central part of Jose’s work is connecting students and administration. Recently, this has meant figuring out how NU can address student demands in relation to racial equity. In June, Jose attended focus group conversations with Aoun and Black student leaders. After these conversations, Aoun sent a letter to students detailing his action plan.

“[Aoun’s letter] is a reflection of what he felt about it … and at some point in the near future, there’ll be a further articulation of that letter,” Jose said.

Jose works with the Center for Cultural and Spiritual Life to adapt existing programs to a world with COVID-19 while also creating new resources for students. Current programs cover global leadership, mentoring, consulting, mindfulness and communication through dialogue. One program includes a leadership conference called Empower.

“[Empower] is designed to give our students of color the skills that they need, not only to navigate Northeastern, but beyond here,” Jose said.

Programs in the works include NUPlace, which is a collaboration with Career Design and the Office of Institutional Diversity and Inclusion and will be “the intersection between career development and identity.”

Students in NUPlace will have opportunities to professionally connect with people of color in leadership positions around Boston. Global citizenship opportunities will “take students to places like Montgomery, Alabama or Selma so that they can understand or get a sense of the history that brought us to this where we are today,” Jose said. Student activism forums, as well as anti-racism training for students, faculty and staff can also be expected.

However, Jose acknowledges that these programs will not be easy fixes.

“A workshop is never going to end racism or any other isms,” Jose said. “But if we can build understanding between people, then we have a chance.”

Over the years, Jose has noticed that a better understanding of other people can lead to respect, shared values, and ultimately better inclusivity — his main goal as dean.

Jose’s own experiences remind him of the importance of his job.

“It is very important that when you come to a college campus as a new student, you see people that look like you,” he said.

At one past workplace that was predominantly white, Jose added, “I could go all day and not see anybody else who looks like me. It was harder to make friends. I wasn’t embraced.”

By valuing and increasing diversity in the student body, faculty and staff, Jose aims to foster community and connection among students of color who understand each other’s experiences.

When asked what he brings to his role as dean, Jose had one quality to name.

“I simply listen,” he said. “Students come into my office all the time. I listen to what they have to say. … That’s it.”