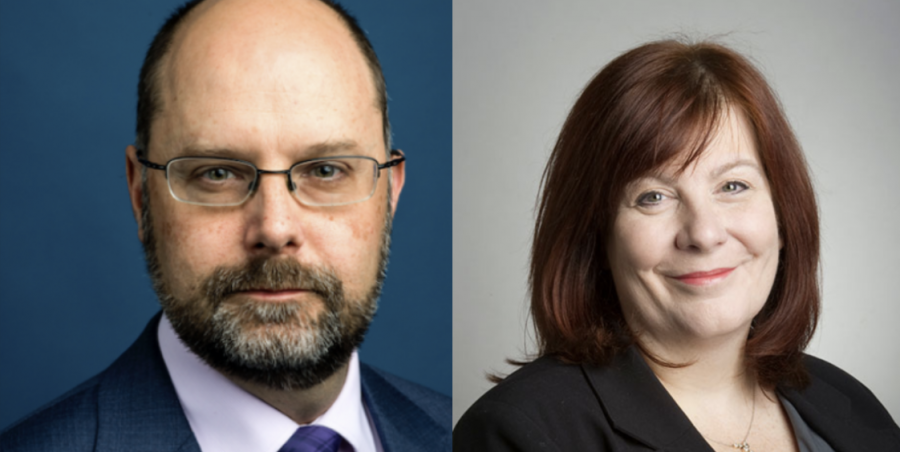 Chancellor and Senior Vice President for Learning Ken Henderson and Senior Vice Chancellor for Student Affairs Madeleine Estabrook held two town-hall meetings last week to discuss an update on the reopening of campus and the university’s plans for the spring semester. This included discussion of continuing COVID-19 restrictions, spring move-in for on-campus students, as well as spring and summer programming like experiential opportunities and commencement.

Henderson began with remarks on community attitudes towards COVID-19 regulations.

“Students are dedicated to learning,” he said. “They are following the protocols of health and safety…they really have taken on this ‘Protect the Pack’ mentality.”

Health and safety protocols such as scheduling, limited room capacities and testing, will continue into the spring along with the NUflex program. Upon returning from winter break, students will be expected to quarantine in their dorms until their second negative COVID-19 test, with the exception of leaving for food and medical appointments. After this second test, they will be allowed to resume full campus activities like going to class and utilizing common areas.

There is no plan to restrict these types of activities given that “no particular location or activity [is] a consistent mechanism of infection,” Henderson said.

Cabot Testing Center will remain the center of testing at Northeastern because of its capability to process 10,000 tests a day, which is 5,000 more than the summer prediction. The testing component is perhaps the most critical as restrictions are eased moving forward and into the spring semester, Henderson said.

As daily infections sit in the low single digits, Henderson reports that transmission of COVID-19 has been miniscule in eating areas, residence halls and libraries with, “[no] evidence of any infection spread through the classroom.”

With over 70% of cases on campus being asymptomatic and the majority of infections coming from off-campus students, Henderson said the university expects a significant increase in on-campus faculty teaching next semester. They also plan to engage in efforts to increase classroom and dining space, with the recent purchase of 300 Massachusetts Ave. as an example of the university expanding.

More examples include additional tents around campus that will host religious experiences, Pumpkin Fest and flu clinics. As the university eases restrictions, clubs can meet in person with limited capacity, and a single guest within the same dorm is allowed in residence halls.

All of these decisions, “[are] revolving around science” and take into account Northeastern’s presence in the greater community of Boston, Henderson said.

The N.U.in. program will be altered after winter break as well. N.U.in. students will not be living in the Westin Hotel, Estabrook said. Instead, housing assignments will be released before Thanksgiving, with move-in and move-out dates coming in December for all students.

“Move-in and housing will look very similar to the fall … extended … over nine to 10 days …” Estabrook said. This means that even for those returning to a dorm, a date will be assigned for move-in.

Upperclassmen will see similar efforts as far as adaptation to the continuing pandemic. The administration is moving forward with “multiple plans for commencement” with an in-person event being the ideal situation.

Additionally, the university reports record numbers of Dialogues of Civilization programs being designed by students, with each dialogue planning for in-person as well as virtual programming. Each experiential learning opportunity will be evaluated by a “safety committee” who will assess the risk and safety of the program on a case by case basis.

“We’ll look at this individually. It won’t be all dialogues are remote unless the situation means that we have to do that,” Henderson said.

Moving forward, Henderson said, “Protecting the pack is the key. We have to ensure that we do not become complacent and we need to stay vigilant.”