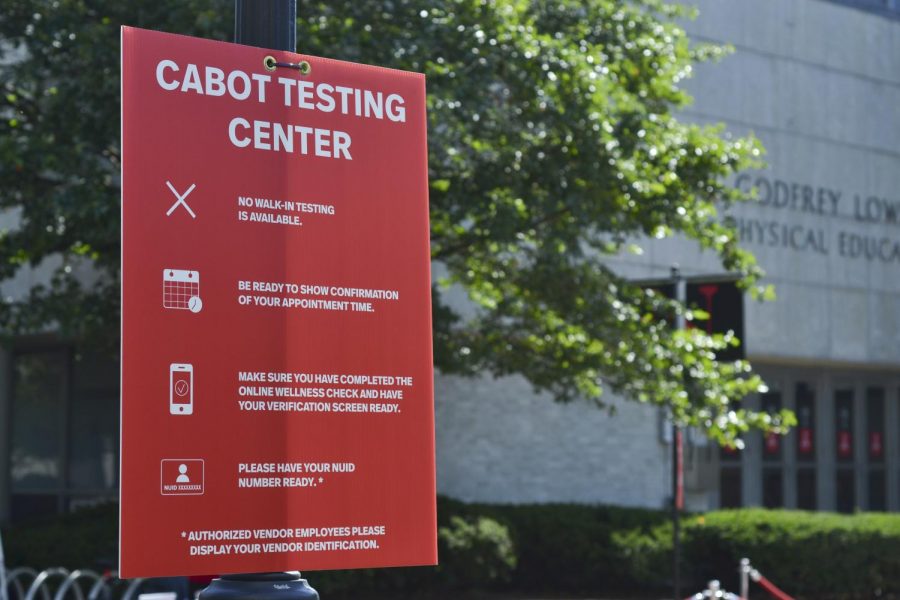 Cabot, once a facility where varsity, club and intramural sports could occur, has been the home of a massive testing operation this semester.

COVID-19 testing data released by Northeastern University indicated that Thursday, for the fourth day in a row, the university’s seven-day average positivity rate was the highest on record since testing began Aug. 17.

According to the data released Saturday, of the 5,524 people tested Thursday, 11 people tested positive. There is a two-day delay for the release of test results. This made the daily positivity rate 0.2% positive, the second highest since the university started testing for the coronavirus. The highest daily positivity rate recorded was calculated for Aug. 23, before most students returned to campus.

In May, the World Health Organization described a seven-day positivity rate of 5% or lower, for a period of at least two weeks, as an indicator that the coronavirus is under control in a population. Based on this criterion, Northeastern’s testing indicates that the virus is controlled within the university population. However, the uptick in positivity signals higher spread than recorded since the university began testing in August, and comes as cases surge in Massachusetts, prompting new restrictions statewide.