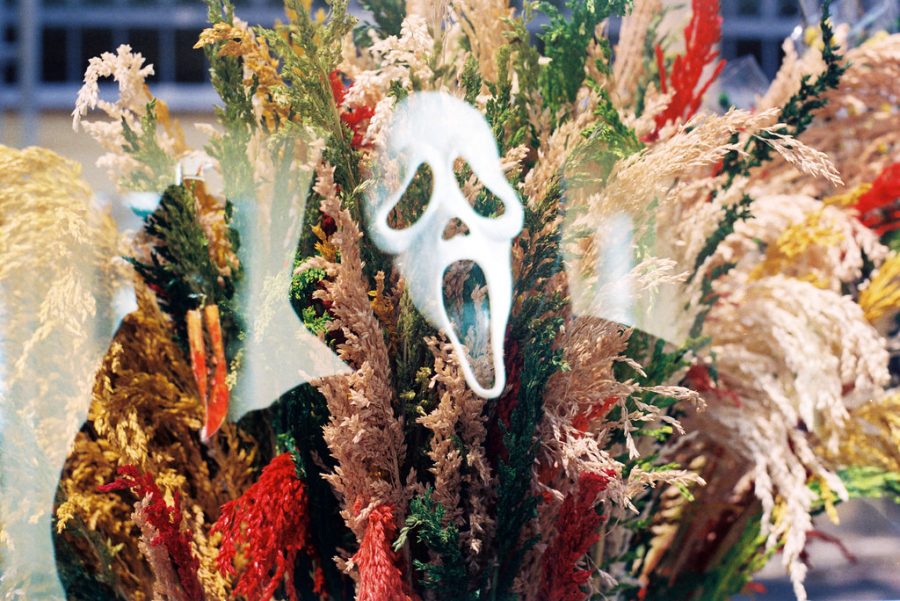 "Scream" by Khánh Hmoong is licensed under CC BY-NC 2.0

Director Wes Craven’s “Scream” brings instant nostalgia for any horror fanatic, not just because of its iconic ’90s slasher flair, but also because of how it wittingly toys with references to the genre’s classics. The killer asks his victims horror movie trivia — and the viewer wants to answer. The teenagers in the film constantly discuss horror tropes that make the audience connect the film to the old ’70s thrillers like “Halloween,” “Friday the 13th” and even Craven’s own “Nightmare on Elm Street.” Craven’s first installment in the “Scream” franchise from 1996 is a completely self-aware and indulgent treat for horror fans.

“Scream” breaks every horror movie rule before it. Its characters often reference real well-known scary movies and actors, and meanwhile they slowly realize they themselves are in their own slasher movie. At the very beginning, in what might be the movie’s most iconic scene, Casey (Drew Barrymore) is on the phone with a stranger. A conversation that seems to be innocent flirting quickly devolves into a fight for her life against a psychotic killer. He asks her questions about her favorite horror movies, and she talks with him about Freddy Krueger, Michael Myers and a litany of other well known killers and the movies they originate from. The killer on the phone soon moves on to a deadly game with Casey, in which she must answer his trivia questions correctly or else he threatens to kill her boyfriend. The characters have seen these movies before and understand the rules of how to survive, creating a meta movie experience as Craven builds a new world unlike any other horror movie universe.

The movie also created one of the most iconic and recognizable killers of all time: Ghostface. The best part about him is that you don’t even know who he is until the very end, adding a layer of mystery and suspense that keeps the audience guessing and on the edge of their seats. He’s clearly just a regular guy ─ he trips often, misses with his knife, gets kicked around and is unprepared to break through closed doors to get to the victim quickly. He could be anyone, and that is what’s genius about him. He’s a more violent, more real version of a Scooby Doo villain.

“Scream” takes on the meta twist of horror movies beautifully. As the teens all hang out together in frat-boy type Stu Macher’s house, their friend Randy explains the rules of scary movies. The rules to survive are simple and rigid: you can never have sex, you can never drink or do drugs and you can never say the words, “I’ll be right back.” Of course, “Scream” presents all of these rules in order to break them. Cut to a bunch of already drunk teenagers, Sidney and her boyfriend upstairs having sex and Stu says, “I’ll be right back” before going down to the basement to get more drinks.

Characters are continually making self-aware comments about tropes before falling victim to the very trope they made fun of. For instance, Sidney mentions early on that the stupidest thing that happens in horror movies is that the characters will run upstairs instead of running out the front door. Of course, when Ghostface promptly manages to get inside of her house, she runs upstairs instead of out the front door. Later in the movie, Randy, completely intoxicated, yells at a victim in a horror movie to turn around, “He’s right behind you,” and Ghostface is simultaneously creeping up behind Randy himself. At the same time, cameraman Kenny and Sidney are hiding in a news van outside watching the whole thing go down, yelling for him to turn around at the same time. It’s such a phenomenal satire of the entire genre of horror, mocking the classic clichés we all know and love.

Among the best elements of “Scream” is that it doesn’t take itself too seriously. It’s a dark comedy, rife with humor and fantastic irony, garnering just as many laughs as it does screams. Despite all the jumpscares, the violent twist ending and the intense blood and gore on screen, it still manages to be comedic — and that’s what keeps people watching it again and again. It’s a favorite for many because you go in expecting terror, but you’re always pleasantly surprised by the level of wit that Wes Craven weaves into the movie. It brilliantly revitalized the dying horror genre in the 90’s and set a new bar for scary movies to come.