Column: Democrats didn’t take back the Senate — what now for Biden’s agenda? 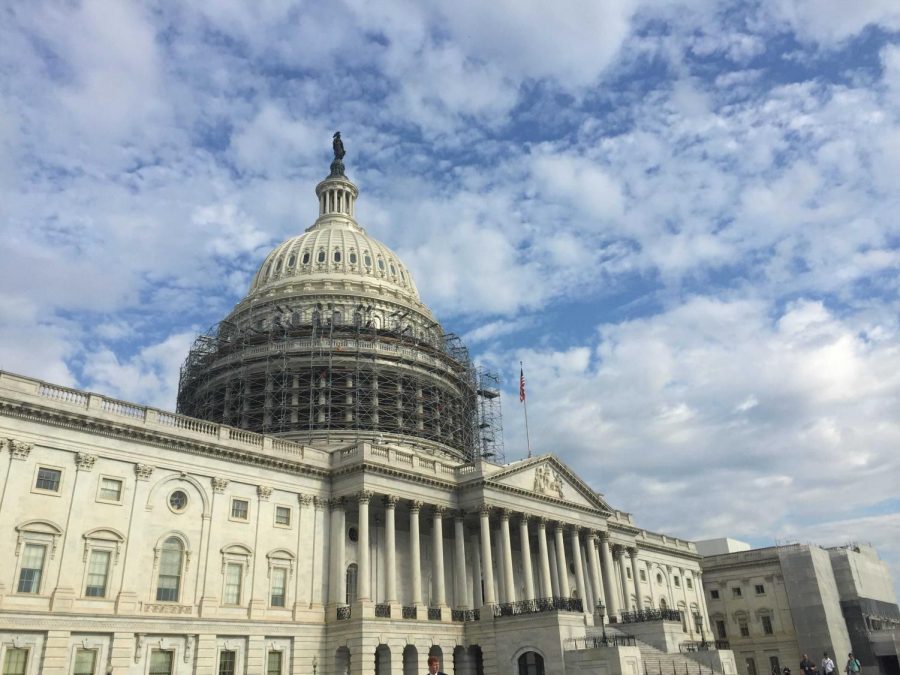 After entering Election Day with high hopes and a promising field of candidates to flip the Senate, Democrats ultimately failed to do so, leaving few paths for Biden to effectively enact his agenda.

Democrats had high hopes for Election Day that stretched far beyond ousting President Donald J. Trump, running numerous candidates in purple and red states in hopes to gain four seats in the United States Senate and take back the majority. Massive fundraising numbers and Trump’s lower approval ratings meant that Democrats were highly competitive to take back the Senate. News outlets, data analysts and pundits, including CNN and FiveThirtyEight, predicted a Democratic Senate majority between 51 and 54 seats.

It didn’t happen. Democrats heavily underperformed in the polls. Netting only a one-seat gain — by picking up two in Arizona and Colorado while losing a seat in Alabama — leaves the current Senate at a 50-48 Republican majority.

To be honest, I was surprised and upset about how short Democrats fell in our fight for the Senate on Election Day. Many races had polling errors larger than even the 2016 elections, with discrepancies between polling averages and Election Day results in the upper single digits and lower double digits.

But ultimately, it’s not my job to figure out the fundamental problems with polling in this country — I’ll leave that to the data analyst big-wigs. I’m thinking about two very different scenarios for what could come next as a result of the Georgia run-offs: a Biden presidency with a 50-50 tied Senate or a Biden presidency under a Republican Senate.

While Democrats hoped for more than a tie, this is their best-case scenario. It assumes Democrats win both seats in Georgia, leading to a tied Senate with Vice President Kamala Harris as the deciding vote for partisan legislation and the ultimate power-broker.

Expect less controversial portions of Biden’s agenda, such as a new Voting Rights Act, the Democratic anti-corruption package, tax reform and green infrastructure, to be the main bills pushed forward. Statehood for Washington, D.C., and Puerto Rico could also be considered; though the former is a little more contested, the latter is actually part of the Republican platform and has been discussed by a variety of Democratic leaders. However, expect the end of the filibuster to be pretty much off the table.

The ideological make-up of Biden’s cabinet could also be at the will of the Georgia results. While cabinet confirmations have been historically bipartisan, that seems to be changing as polarization reaches new heights. The difference between a Biden cabinet consisting of trusted advisors and relatively progressive voices and a Biden cabinet stacked with corporate picks and very moderate Democrats may depend on those two Georgia seats. Additionally, since the judicial filibuster ended in 2013, Biden’s judicial nominees might come down to that same tie-breaking vote in a 50-50 gridlock.

The second scenario, with Democrats losing one or both seats in Georgia and Republicans maintaining their majority, could be devastating for Biden’s agenda, which has been called “the most progressive platform of any Democratic nominee in the modern history of the party.” This scenario would allow Republicans to set the legislative agenda, maintain control of key Senate committee seats and vote against all Biden judicial nominees and cabinet picks. While some speculate that Biden and McConnell could work together, I think that’s naive. Biden will have to find other pathways to circumvent these roadblocks.

Under a Democrat-controlled White House and a Republican-controlled Senate, expect Biden to focus on executive powers as his main method for policy-making, perhaps using it to a never-before-seen extent. He already hinted at his willingness to take this avenue, announcing the executive orders he plans to sign on his first day, including rejoining the Paris Climate Accords, reversing Trump’s withdrawal from the World Health Organization, repealing the ban that blocked travel from many Muslim-majority countries and reinstating the immigration program that allows DREAMers to remain in the country.

While executive power does not give President-elect Biden nearly as much power or legislative ability as even a tied Senate would, he can still use the power of the pen, the budget and his agencies to push forward components of his agenda, albeit in a piecemeal fashion.

One example of this that has garnered attention in the past few weeks is student debt cancelation. As part of Sen. Elizabeth Warren’s presidential run, she explained the ability of a President to cancel most student debt, a progressive priority, by sidestepping Congress and using executive power. Now, having recently and notably garnered the support of Senate Minority Leader Chuck Schumer, Warren and Democratic colleagues have been publicly pushing for Biden to make the move once he takes office. Considering it’s well within the legal extent of his powers and student debt cancelation has long been a component of the President-elect’s agenda, I’m expecting this could be one executive success under a gridlocked government.

While things are looking relatively bleak for the prospects of a federal government not stuck in gridlock, there are paths for real change. Whether it be slipping bills through a 50-50 Senate, strong reforms under a Biden-picked cabinet or the broad use of executive power, Democrats will be able to enact some of their legislative priorities now that they have won the presidency.

However, the future of the bold and progressive changes that so many hoped to see now lies in Georgia and the results of two run-off elections on Jan. 5. Whether it be making calls, donating money, reaching out to your friends or sending texts, I hope you will join me in giving our all to ensure that Georgia goes blue again, so that we can have a Biden presidency with meaning and magnitude.

Jacob Kemp is a second-year political science major. He can be reached at  [email protected]