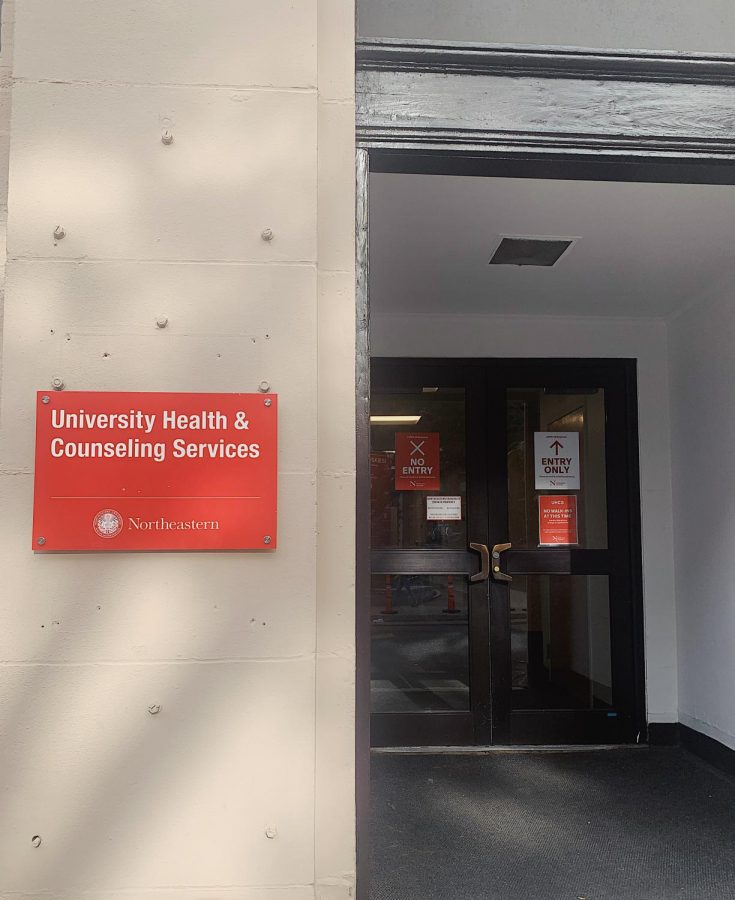 The University Health and Counseling Services building is one location students can seek medical care.

When Rajon Mitchell needed to get his wisdom teeth removed, he thought the Northeastern University Student Health Plan, or NUSHP, would cover the removal. What he didn’t know was that after the age of 19, the NUSHP would only cover 25 percent of his teeth removal.

At his first dental visit before he met the age cutoff, Mitchell said everything was fine and had no issues regarding coverage. However, at his second visit, six months after his 20th birthday, he was informed that he would have to pay out-of-pocket for any type of teeth extrusion or removal.

“I was told that I would have to pay out-of-pocket for those things, which I was very confused about, because [NUSHP] made the impression that you were able to pay [and] to have some coverage,” said Mitchell, a fourth-year sociology and political science combined major. “Yes, you do have health care coverage when it comes to those dental removals. However, you’d have to cover 75 percent of the cost of that.”

Mitchell expressed frustration that the university neglected to make it clear that an age cutoff existed. According to the summary of benefits found on the NUSHP website, the “medical plan coverage includes a separate dental policy that covers pediatric essential dental benefits for members until the end of the calendar month in which they turn age 19 as required by federal law.”

He still has not gotten his wisdom teeth removed.

Mitchell suggested that the university make it clear that 19-years-old is the cut off and added that the age seems “arbitrary.”

“Why not make 21 be the maximum age for that? It’s just because that’s usually the year that you see some people reach their final year of college,” he said. “Or even better, why not make it be 25 [as] the final age, if we’re going to be consistent with the health care standards of the nation where you are allowed to be on your parent’s health care plan until the age of 25 [or] 26.”

In an email to The News, university spokesperson Shannon Nargi wrote that the pediatric dental benefit and age cutoff “is required and established by Patient Protection and [the] Affordable Care Act.”

Adri Lanza, a first-year mechanical engineering major, also expressed frustrations with the NUSHP. She wanted to waive the NUSHP, but it wasn’t clear that doing so was an option.

“I do have health insurance, but it’s out of state,” she said. “So since it didn’t apply to Massachusetts, [Northeastern] pretty much told me that the [NUSHP] was the only option, when in reality, I could have waived it and gotten another health plan, [which] would have been a lot cheaper and a lot easier to use.”

“You may find your current plan’s out-of-pocket costs to be higher than what you’ll pay for NUSHP,” the document said. “Moving to NUSHP may be financially beneficial.”

Lanza said the university provided no guidance as to where she and her mother could look for health plans. She said it was impossible to speak to anyone on the phone, with full voicemail boxes and long wait-times on hold. Mitchell also said he wished that the university conveyed more insurance options particularly for low-income students who reside out of state, especially if they are underinformed.

Alia Hutton, a second-year industrial engineering major, had similar issues to Lanza with reaching out to NUSHP, and she said there was a frustrating lack of communication surrounding the waiver deadline.

“I know at other schools, kids get tons of reminders [to] complete [the] waiver,” Hutton said. “I just heard about it through word of mouth.”

For Hutton, an added challenge was that she could not fill out the waiver herself and her online portal never prompted her to do so. She said it took about nine days for the university to respond to these issues.

As a member of the First Generation and Low Income Student Union, Lanza said the club has been helpful in providing instructions and guidance for how to go about the NUSHP in the future. Mitchell also said the group has been helpful.

For the future, Hutton said reminders directly from the university via email would be helpful rather than conducting a “scavenger hunt.” Mitchell said that organizing the website better as well as relaying information through webinars would perhaps help students rather than just referring them to a website.

“You want to be able to make sure that all steps of the process [and] all stakeholders in the university, who [help] students are educated in this,” Mitchell said. “You want to make sure that those representatives are able to speak to the students and provide them the best answers possible … so that they’re making an informed choice, and they’re not just being locked into this [$2,099] bill.”