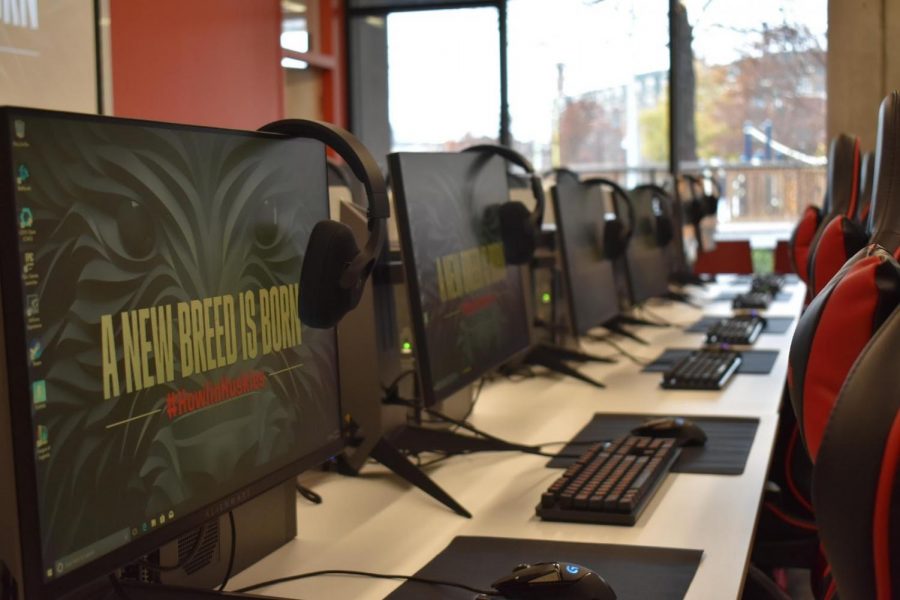 Justin Adams, a fifth-year computer science major, has been playing Hearthstone since his senior year of high school. But he said he really improved when he could no longer go outside — not because of COVID-19, though. He dislocated his shoulder playing soccer while on co-op in San Francisco in spring 2019, underwent surgery there and was stuck inside to heal far away from family or friends.

“It was something to challenge me mentally, to pour passion into when I was physically in pain and couldn’t really walk much,” Adams said.

But staying home during COVID-19 has now intensified the game for other esports players as well.

“When us League of Legends players can’t go outside and go do things, we’re gonna sit inside and play League of Legends all day,” said John Gold, a third-year computer engineering major who plays for the varsity team. He said this extra time has helped the team build their competitive edge, especially because updates to the game require constant relearning.

Their hours of practice have paid off: In October, NU’s varsity League of Legends team was ranked No. 2 nationally, and went undefeated this semester until Oct. 29.  The Hearthstone team was ranked third nationally.

“How did we get there from nothing, when none of us were great players at one point?” Adams said. “That’s something I’ve stewed on a lot.”

Northeastern created a varsity esports team in April, after it had canceled all in-person instruction due to COVID-19. Esports is the only varsity team that has competed this fall season.

Varsity esports now competes in four games, or titles: Hearthstone, which Adams says is “a combination between poker and chess”; Overwatch, a first-person shooter game; Rocket League, which is soccer played with flying cars; and League of Legends, where players take on a character or “champion” and battle as a team. There are 27 varsity esports athletes among the four titles, and they each receive partial scholarships.

Like any other varsity sport, each team practices with a coach for hours each week. But their practice structure is different, where they scrimmage not just against each other, but also in casual games against other university teams, depending on who happens to be online at the same time. And players still compete against random online users to practice in their spare time. For Rocket League, practices also include sports psychology and meditation exercises.

“We’ve got pretty serious commitments like six or seven days out of the week,” Gold said.

But unlike any other college sport, esports athletes can compete for cash prizes and scholarships. When Adams and two teammates won the spring/summer 2020 Tespa Hearthstone Collegiate Varsity Division national championship, they each won $2,400 in scholarships.

The NCAA, which bans compensation in other college sports, has never operated esports tournaments — in 2019, its board of governors unanimously rejected hosting any NCAA esports competitions. College esports is fractured among different governing bodies.

Northeastern will become the 13th member school in the ESports Collegiate Conference in spring 2021. However, its varsity teams have recently competed in tournaments run by Tespa, a national organization of college esports clubs that was founded at the University of Texas at Austin. Tespa competitions are sponsored by game development companies and other large corporations that want to advertise their products. The Hearthstone team finished in the top eight teams of Tespa’s open competition.

The Hearthstone team finished fall competition in the top eight teams of Tespa’s open competition. As of Nov. 25, the Overwatch team held an 11-match winning streak and qualified for a 20-team playoff that will begin in December. Rocket League finished with a .644 winning percentage and 10th place in the Collegiate Rocket League Eastern Conference.

These tournaments, and collegiate esports more broadly, are often promoted as inclusive and co-ed competitions, open to players no matter their gender identity or disability status. But in reality, collegiate players are “primarily white and Asian American males,” according to a June 2020 report by the ​Council of Independent Colleges. The Northeastern esports team is technically co-ed, but Nick Avery, associate director of esports, said the team currently comprises only men.

“It’s going to be a multi-layer plan on how we can continue to foster inclusion and diversity within our program,” Avery said. He said while esports will recruit nationally and internationally like other varsity teams, this multi-layer approach will also seek to generate interest in the current NU student body, and recruit players from the club and intramural level. This is how most of the current varsity players were recruited to the team.

Current players worry that misconceptions about esports often prevent people from even giving it a try, or keep them from seeing the opportunities it can offer to serious players.

“It can be a healthy outlet for a lot of stress and a lot of other things,” said Florent Astié, a fifth-year mechanical engineering major who plays varsity Rocket League. “I wish people were more willing to potentially learn a little bit more about it before jumping to conclusions, because it’s very similar to almost any sport that we’ve had traditionally. It’s just you’re sitting in front of a computer rather than being in a gym.”