Op-ed: This holiday season, I remember the plights of my native Uyghur people 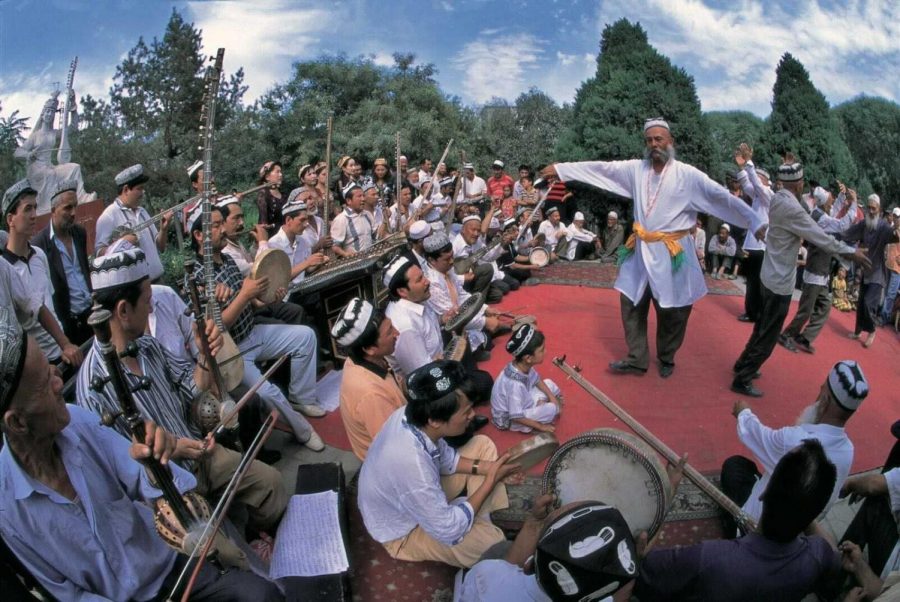 The Uyghurs, native to the Xinjiang Region in Northwestern China, are facing unprecedented persecution from the Chinese Communist Party.

I spent this Thanksgiving at home, responding to holiday greetings from my friends and reflecting after I read this op-ed detailing how poetry is keeping my native Uyghur culture alive.

On one hand, the bittersweet op-ed soured my holiday mood, but on the other hand, it reminded me of how grateful I am to Northeastern University for providing me with a scholarship to study in the United States. I know the poets and scholars mentioned in the New York Times op-ed because I communicated with all of them when they were free citizens. They are the best scholars and poets of my people.

Thinking of their fate, and that of millions of Uyghur, Kazakh and Kyrgyz people who are of the same ethnic stock suffering in China’s concentration camps, I felt saddened, helpless and lonely. I know they are innocent and good people, but I am unable to help them. They were incarcerated for being who they are. They wanted to be themselves by keeping their faith, customs and unique identity formed over the course of several thousand years.

Unfortunately, and sadly, China’s diabolical policy toward Uyghurs, combined with its Leninist political system and ultranationalism, has precipitated the deterioration of living standards for Uyghurs in our historic homeland. This is an unprecedented calamity for Uyghurs in our long history of existence. So many things have changed drastically since I came to Northeastern University in late 1997. Yet, many things have not changed at all. History is repeating itself on the world stage — the play is the same, but the actors are different.

Twenty-three years ago this fall, just like a newborn eagle opening its eyes with wonder, I stepped onto the Northeastern campus with awe. I still vividly remember two things on the Green Line train I took on my first trip to campus that day. A yellow-colored subway token that looked like a physical form of Bitcoin that I paid 85 cents for, and a photo hanging inside of the train that depicted a portrait of deceased Soviet communist leader Vladimir Lenin. Written on the photo were these words: “No Dictators Last Forever!” Upon seeing it, my first thought was “People here are as political as people in China. Chinese people are taught to hate capitalism, and Americans here hate communists so much that they humiliate a dead communist leader everyday by hanging his portrait on the public train.” That was my first taste of culture shock. However, I was later told that Lenin’s photo was in fact a commercial advertisement for a small company that was trying to break a monopoly in the energy sector. As I became more “Bostonian,” I came to understand that people here don’t necessarily hate communists, but they surely hate dictators.

Between that time and now, China experienced unprecedented changes in all facets of life. Soon after China joined the WTO in 2001, its economic growth took off and millions of Chinese citizens rose out of poverty. Ultimately, Chinese people reaped the advantages of globalization and began sending their children to study abroad and themselves travelling the world for sight-seeing. But the distribution of benefits from China’s Opening and Reform policy put Uyghurs on the left tail of the curve. “No Uighurs Need Apply” postings began to appear in the early 2000s in the Uyghur people’s own homeland. China’s discrimination against Uyghurs was now institutionalized. This naturally caused friction between native Uyghurs and the Chinese government.

Though Chinese people began to love capitalism after embracing globalization, the country’s leaders inherited Lenin’s ideology of authoritarianism, turning the life of Uyghurs into a living hell. Instead of rectifying the Chinese government’s discriminatory policy and meeting the legitimate demands of Uyghurs, China under Xi Jinping committed a terrible crime and made a strategic mistake in the past four years. It followed the footsteps of Nazi ideology, building concentration camps and reviving slave labor in the 21st century. History will not judge this criminal act lightly.

I never thought that the ghosts of dictators would come back to life, but “never again” is indeed happening again. To me, that photo of Lenin I saw on the T train 23 years ago has reappeared with Chinese leaders, the same leaders that are torturing my people.

Thinking of all of this during the holidays, I could not hold myself from expressing gratitude to Northeastern University for providing me with an opportunity to study in the United States with a scholarship. Given the fact that many of the highly educated and bright Uyghur scholars I knew well are now incarcerated by the Chinese government, it is more likely than not that my name would have been listed among the victims of these notorious concentration camps had I not moved to Boston.

Today, many communities around the globe, especially those in democratic societies, are speaking up for Uyghurs. At Harvard, my other alma mater, students have recently formed the “Harvard Coalition for Uyghur Freedom” to consolidate support for the Uyghur people across Harvard schools, alumni groups and faculties. Looking towards the future, I hope that my fellow Huskies will form a similar organization to speak up for one of the most persecuted ethnic groups in the world and join the fight to help Uyghurs gain their freedom from tyranny.

Kaiser Mejit obtained his master’s degree in economics from Northeastern University and is a graduate of the T.H. Chan School of Public Health at Harvard University. He also holds a PhD degree in Economics from Suffolk University.