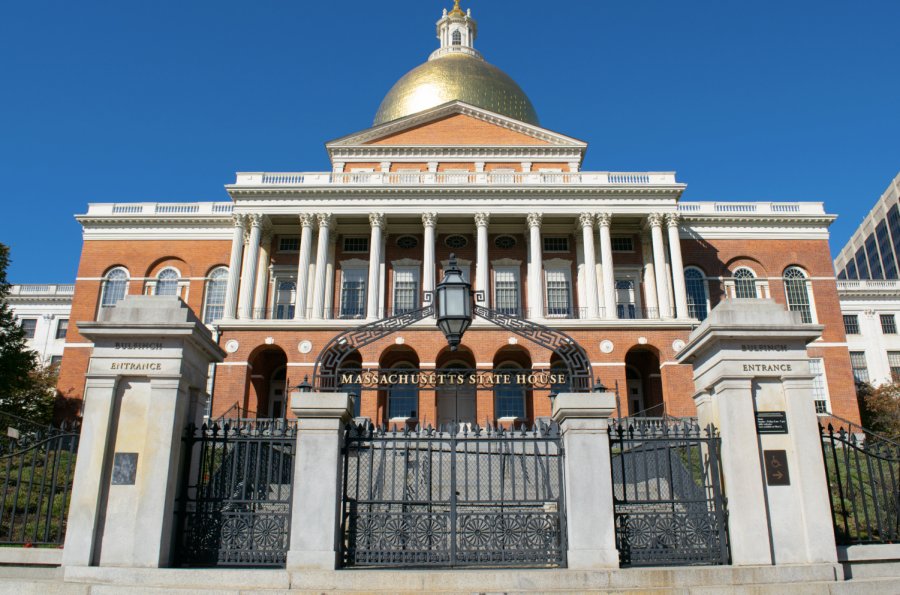 Massachusetts is on track to reach its goal of cutting annual statewide emissions to 70.8 million metric tons of carbon dioxide this year, experts say.

This year’s goal, mandated by the 2008 Global Warming Solutions Act, or GWSA, will reduce greenhouse gas emissions 25% below 1990 levels and likely be met because of the pandemic, said Massachusetts State Senator Michael Barrett.

“A bitter consequence is that we’ve met our climate goals by bringing an end to all kinds of human behavior,” said Barrett, who is vice-chair of the Senate Committee on Global Warming and Climate Change. “This isn’t the way you want to meet your goals.”

Carbon dioxide emissions dropped 8.8% from 2019 levels during the first six months of this year because pandemic lockdown measures spurred a slowdown in transportation and economic activity. However, they have since surged back to near-standard levels.

Though this year’s goal will be met, Barrett and other experts expressed concern about the overall strength of Massachusetts’ climate legislation.

“I worry that we’re slipping away as a leader,” said Sam Payne, an organizer at 350 Massachusetts for a Better Future, a Cambridge-based grassroots climate nonprofit.

In January, Gov. Charlie Baker announced the state’s plans to reach net-zero emissions by 2050 during his State of the Commonwealth address — a step up from the 2008 GWSA’s 80% reduction goal. His administration issued a letter of determination cementing this intention in April.

The Senate finalized its bill focused on meeting this target, along with two other climate bills in late January, while the House put out its equivalent bill, the 2050 Climate Roadmap, in August. A conference committee is currently convening to reconcile differences between the two bills. Though there are no main discrepancies (they both set a net-zero standard and authorize putting a price on carbon emissions), the Senate’s version includes additional provisions that the House’s does not.

While some have praised the Roadmap bill for its commitment to addressing environmental justice, Barrett fears the House’s plans are not strong enough to ensure concrete action in meeting future emissions reduction goals.

“The House wants to stop with a plan, and we’re not satisfied with plans,” Barrett said, explaining the Senate’s stance. “We want to see them actually put into practice. So, the Senate is taking a tougher position here because we think the climate crisis requires it.”

One change Barrett said the Senate is pushing for in negotiations is the creation of an independent climate policy commission to monitor the state’s progress in achieving its goals, which is absent from the House’s plans. He said the commission would include scientists, journalists, academics and representatives from organized labor and minority communities.

A concern both Barrett and Payne share is that the new bill could allow the state too much room to purchase carbon offsets to fulfill its net-zero goal instead of directly cutting emissions from its own sources. Offsets could take the form of investment in outside projects like energy efficiency that would generate reductions equivalent to an allotted amount of the state’s goal.

“We want to make sure that the folks who are doing the calculations are careful about it and don’t build in too much room for airing on the pollution side of things,” Barrett said, explaining how offsets could allow the state to continue burning fossil fuels while reaching net-zero emissions.

Payne said that in addition to banning fossil fuel infrastructure, he hopes Massachusetts will commit to generating 100% of its energy from renewable sources, which he said is “entirely achievable” and should be accomplished by 2030 — 20 years earlier than the state’s current goal.

However, he said this initiative will not be possible without significant investments and a large people-based movement.

“It would take people telling their elected officials that this is of dire importance to them, and that we are okay with taking the upfront costs now to save ourselves in the future,” he said.

The new net-zero bill does have some strengths, however, said Casey Bowers, assistant vice president for government relations at the Environmental League of Massachusetts. Namely, Bowers praises its interim targets of cutting emissions at least 50% by 2030 and 75% by 2040.

While Bowers said these targets will be integral toward holding the state accountable, she believes the next important step is ensuring the conference committee creates and finalizes a strong bill before Jan. 5, 2021, the end of the legislative term.

“What we certainly cannot afford is for this not to get passed into law and for this two-year session to really have no climate legislation passed,” she said.

Jennie Stephens, director of Northeastern’s School of Public Policy and Urban Affairs, said a sense of urgency in accelerating state climate legislation, specifically for expanding renewable energy, is more evident than ever given the rapid rate of the climate crisis.

“We need to act, and we need big, big scale investments,” she said.

Furthermore, she believes a greater diversity of voices, including women and people of color, must be brought to the table of climate and energy leadership so that policy serves “the people who need help the most.”

“They bring very different life experiences, different risk perceptions, and they actually bring different sensitivity and capacity to center the policies on social justice and economic justice,” she said.

Despite the state’s current shortcomings, future climate policy presents an opportunity for Massachusetts to reestablish its position as a leader, Payne said.

“We must be doing far more than the bare minimum to fulfill the requirements. We must be showing the way, that we can transition to a renewable energy economy quickly and be a leader that other states and other countries can use as a model to follow.”