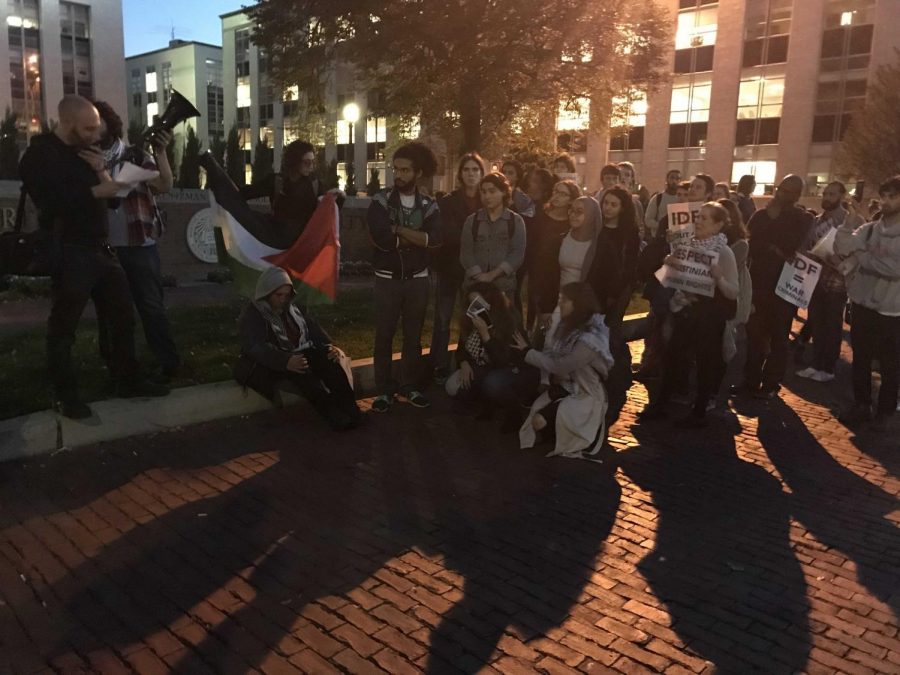 Northeastern University Students for Justice in Palestine, or NUSJP, faced backlash last week after posting an Instagram graphic titled “Reading through different strategies and theory of the Popular Front for the Liberation of Palestine.” The post, which referenced a terrorist organization, was deleted for violating community guidelines, specifically for featuring imagery containing firearms.

The Popular Front for the Liberation of Palestine, PFLP, was designated a Foreign Terrorist Organization by the U.S. government in 1997. The organization has claimed responsibility for attacks as recently as 2015. Founded after Israel began its occupation of the West Bank in 1967, the PFLP’s mission, according to the BBC, is the, “[removal of] Western capitalism from the Middle East.”

The News reached out to a member of the NUJSP e-board, but was directed to a statement posted on Instagram which claimed that NUJSP’s intention to read the material was not indicative of support for its content.

“We want to emphasize the difference between reading a pamphlet and endorsing an organization,” the statement said. “[We] do not condone civilian attacks nor do we plan on modeling our own organization after that of the PFLP.”

NUSJP claimed they were reading the material through the lens of Marxism and Leninism, simply to discuss issues such as class-based barriers to revolutionary movements. They believe students should be able to support the liberation of Palestine without the immediate threat of backlash.

“Students and faculty should be allowed to stand up for Palestinian rights and not face consequences for doing so,” the statement said. “It is important we remember the countless radicals who have been labeled terrorists by the U.S. government in an attempt to invalidate critique of the U.S. empire.”

Roz Rothstein, Founder and CEO of StandWithUs, a well-known pro-Israel education group that maintains substantial activity on numerous college campuses, spoke to the Jewish News Syndicate in November to voice her concern about the situation.

“It is telling that SJP would promote an event to ‘read through’ the PFLP’s ‘strategies and theory,’ using imagery that glorifies gun violence,” she said. “Northeastern University should unequivocally condemn SJP and this event.”

“I think the reason it’s problematic is it seems like a glorification, especially coming right after what happened with Leila Khaled,” Mandelbaum said. “[It] was really bothersome because it felt like they were indirectly glorifying her and the material in [the pamphlet].”

Members of the Northeastern Young Democratic Socialists told the News that they stood in support of the SJP.

“Northeastern YDSA stands unequivocally with SJP against the bad-faith attacks and censorship that they have endured,” the statement reads. “As a socialist organization with a large Jewish membership including four members of our central committee, we see no contradictions in opposing racism and anti-Semitism in all forms while also supporting the movements of oppressed people across the world — including Palestinians.”

Updated at 6:56 p.m. on Dec. 13 to reflect that Roz Rothstein uses she/her pronouns and that StandWithUs is a pro-Israel education rather than advocacy group.

Updated at 12:31 a.m. on Dec. 14 to reflect the correct spelling of Shayna Mandelbaum’s name.