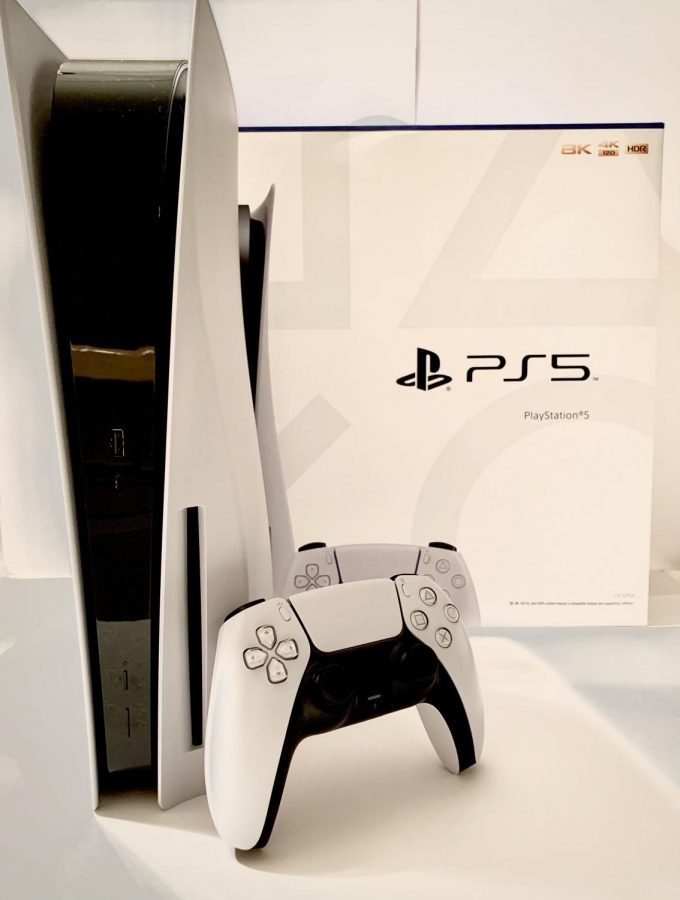 The new PlayStation 5 was released Nov. 12 and sold out in mere minutes.

My eyes glanced at the clock just as it struck 9 p.m. My heart jumped, and I immediately began refreshing Walmart’s order page for the PlayStation 5. I clicked the “Add to Cart” button as soon as it appeared but, before I knew it, the site crashed. Once again, I was too late.

With its official reveal in June during one of Sony’s online events, players like myself were ready to get their hands on the latest hardware ever since. Sony would be releasing two versions of the PS5, one digital version (without a disc drive) and one disc version, which would both be home to dozens of next-gen titles like “Horizon: Forbidden West” in 2021 and “Marvel’s Spider-Man: Miles Morales” this November.

While Sony did not plan to release the console in a year as unprecedented as this, the company is well aware that the COVID-19 pandemic has only increased the demand for gaming. That is why Sony assured its customers early that the PS5 would not only be going out at its original date, but they’d also be doubling production of the console to meet this demand.

With the disc version priced at $499 and the digital version at $399, Sony’s official release date announcement on Twitter Sept. 16 took social media by storm. The company also announced that pre-orders would be available at select retailers the next day.

Hours after their tweet, pre-orders went live, sending millions into an unexpected frenzy. Walmart was one of the first retailers to begin its pre-orders in the U.S., announcing on Twitter that they’d be selling PS5s ahead of schedule two hours after Sony’s price announcement.

Not even one minute after, Walmart’s time block consoles were completely sold out.

Observing the craziness that ensued during console pre-orders didn’t necessarily convince me that Sony was prepared for its release of the PS5. While I understood there was only so much they could do, I began to doubt whether I’d even be able to capture one of the consoles this holiday season. Nonetheless, I was determined to try.

When the clock struck midnight, I refreshed every page as fast as I could as my friend watched over my shoulder — hoping that an “Add to Cart” button would appear on at least one website.

We were instead met with “Out of Stock” announcements on multiple retail sites, just minutes after the console’s official release date.

From that point on, I knew it wasn’t going to be easy. I used any tool that I could find: website trackers that would sound an alarm on my computer when a retailer had released a new batch of consoles and Twitter accounts that sent notifications to my phone about scheduled time blocks.

It was only after I discovered a link shared moments before a scheduled Walmart release in a PS5 Discord chat that would automatically add a console to my cart the moment they were available did I find success. After weeks of trying, I finally purchased one.

Unboxing the console was a momentous occasion — I felt like my 13-year-old self again, unwrapping my first PlayStation on Christmas Day seven years ago.

What stood out to me first was the size of the new system — much taller and wider than its predecessor, the PS5 towers over any previous console Sony has made. I was a little nervous it wouldn’t fit underneath my TV, but, after some rearranging, it managed to fit next to my cable box.

After setting up the console, it was finally time to try it out. The biggest change I noticed immediately was the difference in download speeds between both consoles. Games that usually took over an hour to download with my PS4 were ready and downloaded to my system in under half an hour.

Even when using other applications on the PS5, download speeds were much quicker — a welcome change from the PS4, which would struggle to handle more than one app at a time without drastically increasing the length it took to download a game or update.

Load times have also noticeably improved with the new system. Games that took roughly two minutes to operate on the previous console started working on the PS5 in under a minute.

My favorite piece of equipment is the new DualShock controller for the PS5. It sits comfortably in the player’s hand, and its futuristic design makes it look much different than its predecessor.

While most games have yet to utilize this new piece of hardware, the PS5’s controller was a much-needed upgrade that offers more ways to engage players. If you’re playing with a weapon, the controller will react by placing strain on the trigger button, making it feel like you’re pulling the trigger of an actual gun.

For me, a trickier experience has been adjusting to the new user interface, or UI, for the PlayStation 5. Though much more accessible than the PS4, it no longer sits at the top of the PlayStation home screen — a notable change from previous consoles that takes some getting used to. However, the new UI allows players to switch between apps with just one click of the home button on the controller, which is a much-needed change.

As someone who enjoys seeing which of my friends are online and what they are playing as soon as I log in, I found it now takes a couple of additional clicks to find your friends list. The party chat application, which allows players to chat with each other via voice, also no longer exists on the new console, forcing users to instead click onto a friend’s profile to begin chatting with that person.

All in all, the PS5 is one of Sony’s best systems to date. With faster load times and download speeds than any of its predecessors, it has truly earned the title of next-generation.

Though we have yet to see the console’s full power, as a majority of game titles tailored to the new system won’t be out until 2021 or later, the Playstation 5’s newly added changes have made me excited for the future of gaming.