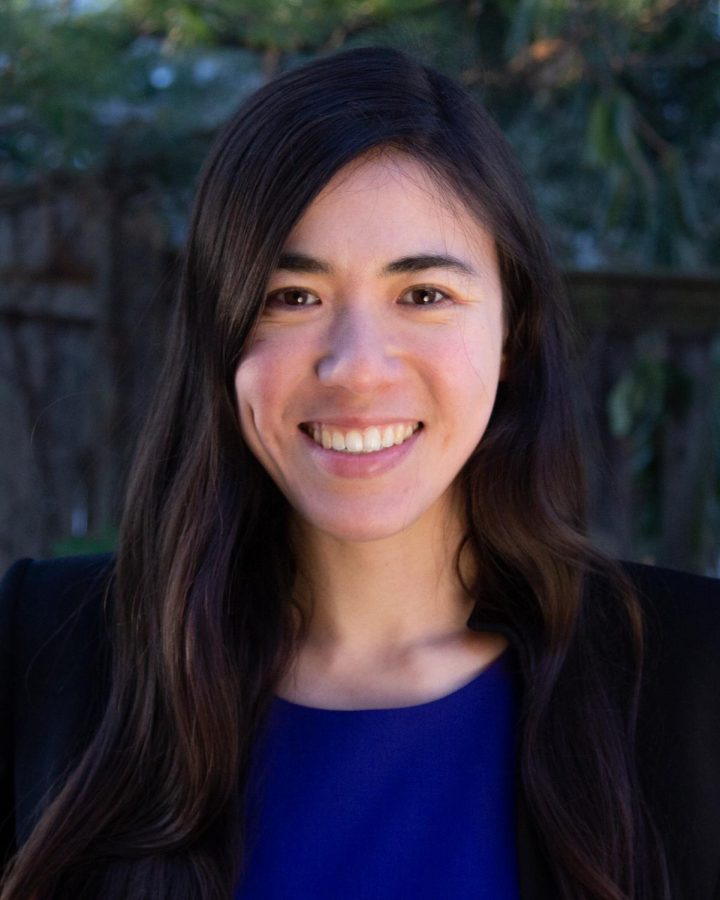 State Representative-Elect in Somerville, Erika Uyterhoeven hopes to bring awareness to progressive issues during her term, which starts Jan. 6.

In the middle of the January cold, Erika Uyterhoeven sat with the 27th Middlesex District’s former state representative Denise Provost at Somerville’s Armory Café, engaging in what would become a six-hour discussion of tyranny in the State House, a conversation that would push her to run for the seat Provost intended to leave.

Uyterhoeven originally had not planned to run for Provost’s seat after Provost announced her plans to not run for re-election, but she realized that she could be the person to fight hard for transparency and proper governance, just as she thought Provost had. Her path to politics was somewhat unconventional, with Uyterhoeven initially working as an antitrust economist.

As an antitrust economist, Uyterhoeven had analyzed when corporations broke the rules of the market. She quickly realized how large of a role corporations play in controlling the government.

“Having a very intimate knowledge of that made me [aware] of how corporations are not only breaking the rules of the market, but they’re also taking over our public institutions … Especially if you look at Massachusetts — this is very much the case at the state level despite the fact that the electorate is quite progressive on issues like the climate crisis and immigrant rights,” Uyterhoeven said.

Uyterhoeven explained that the lack of transparency in the Massachusetts legislature has allowed the government to support corporate interests. She co-founded Act on Mass, a nonprofit organization that aims to increase transparency in government and work with voters and grassroots organizations to ensure that elected officials in the State House are fighting for progressive issues.

“All the problems in the State House start with this [lack of] transparency and this very consolidated power held by few people in our legislature, leading to a legislature that is not completely following what voters want,” she said. “We need to fundamentally change how we govern, engage the public and voters.”

Prior to her work with Act on Mass, Uyterhoeven served as a national field organizer for Sen. Bernie Sanders’s 2016 presidential campaign and worked on State Rep. Nika Elugardo’s 2018 campaign to unseat the House Ways and Means chair, Jeffrey Sánchez.

“Bernie’s campaign was an incredible experience where I saw what a people-powered campaign looks like… centered on people’s experiences rather than on elite ideas,” Uyterhoeven said. “[For the Elugardo campaign] we ran on a message which was they are not protecting immigrants right, they are not passing progressive, equitable funding to our schools, they are letting down Black and Brown students across the state. People understood that the State House was failing us.”

From these experiences, Uyterhoeven saw that a common unifying force is the need to hold representatives accountable for how they vote and fight for their communities.

Among the many other issues Uyterhoeven is fighting for, such as climate change, racial justice, immigration, labor, public education and transparency, she seeks to pass a Massachusetts Green New Deal, Massachusetts Medicare for All, the Safe Communities Act, Protecting the Right to Organize Act and to fully fund and expand the MBTA.

“The main priority right now is progressive revenue,” Uyterhoeven said. “If you take any of the issues that I really care about, whether that is the climate crisis and getting us to 100% renewable economy in 10 years or public education or housing, these are all issues that you need to raise progressive revenue.”

“Massachusetts is a state that has really gone in the wrong direction, cutting taxes more than every other state except for Alaska and Arizona,” Uyterhoeven said. “We’ve let the wealthy and corporations off from paying their fair share for decades.”

Given the COVID-19 crisis, including economic and public health struggles, Uyterhoeven said that cutting funding is not the solution, as it would reduce the number of COVID-19 tests and housing available among other things. Thus, raising progressive revenue and holding corporations and the wealthy accountable for their fair share are her immediate focuses.

Speaking more broadly about her goals when elected, Uyterhoeven emphasized the need to change the fundamental way society operates.

“I hope to accomplish a fundamental shift in how we, as a society over the past 40 years, have really centered around this rugged capitalism, market-centered thinking…and to become a government and society that is actually centered around human self-determination and agency, and our collective voice and imagination to create a society we believe in,”  she said. “Concretely what that means is that I want a society that equitably and fully funds our public schools, that actually [acts on] the crisis of climate change.”

Uyterhoeven explained that part of why society has this problem is because our democracy tends to focus on few affluent and elite interests as opposed to actual people. In particular, in the short-term, she wants to increase voter turnout among young people by doing more than ensuring they are registered.

“Give young people something to vote for,” she said. Increasing access to information and providing compelling reasons to vote will ultimately foster a generation that is able to hold their state representatives accountable for voting in favor of issues they care about. Uyterhoeven notes the ROE Act, which has 93 out of 160 State Representative co-sponsors but has yet to be voted on, as an example.

“The biggest [reason why Sunrise Movement Boston endorsed Uyterhoeven] was her work on transparency in the State House,” said Adam Cook of Sunrise Boston. “Another major reason why we endorsed Erika is because she also speaks the language of the movement. A candidate might say ‘I believe in a Green New Deal’ and stop there, whereas Erika has point-by-point [on her website] of what she is going to fight for. Erika’s been in the organizing space and understands what the climate crisis means to her and the people.”

On campus, Northeastern’s Young Democratic Socialists of America (YSDA) chapter has been working to phone bank for Uyterhoeven since August.

“We decided to add on Erika because she supports a lot of things DSA gets behind… things like the Green New Deal and Medicare for All. She also has a very similar stance as Bernie Sanders,” said Maya Harel, YDSA’s electoral chair.

“Representation is important because [Asian Americans] are not going to be erased [from the American consciousness],” Uyterhoeven said. “Little over 10 years ago, we had literally no Asian legislators. It is super important, one, to uplift our experiences, but also we need to have a much deeper and more nuanced conversation of what is antiracism and racism and how people of color need to work together to fight for these issues.”

Despite being home to 24.7% non-native born citizens according to the 2017 Wellbeing of Somerville Report, much greater than the state average of 7%, the representation of people of color in government has been lacking.

“I am the first woman of color to hold any elected office in Somerville in over 20 years,” she said. “The perspective that comes with being the daughter of an immigrant mother [showed how] changing the narrative comes with bringing more diverse perspectives to the table.”

Although there are many individual goals she wants to accomplish as Somerville’s representative in the coming future, Uyterhoeven has one main, encompassing vision.

“In the state Legislature in the next few years, we can shift it from being a body that is very opaque and secluded to one that actually fights for human rights and self-determination,” Uyterhoeven said.