Review: TikTok introduces the future of theatre with ‘Ratatouille: The TikTok Musical’ 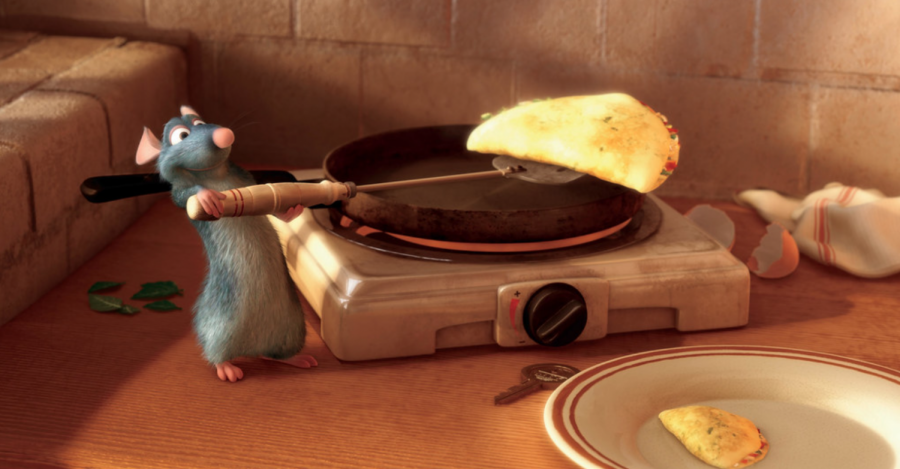 If someone had asked me to watch a TikTok musical a year ago, I would have laughed out loud. I hadn’t even downloaded the app, so the idea of its users creating a Broadway-style production would have been unfathomable. Now, I see how a year like 2020 can change my mind.

It all began when Emily Jacobson, a schoolteacher and TikTok user, posted a video of her singing a new song about Remy, the rat-turned-chef in Disney Pixar’s 2007 film “Ratatouille.”

“Remy, the ratatouille, the rat of all my dreams,” Jacobson sang in her TikTok. “I praise you, my ratatouille. May the world remember your name.”

And so it has.

“Ratatouille: The TikTok Musical” is the work of thousands of TikTok creators. After Jacobson posted her video, composers, dancers, actors, designers and other theatre-lovers posted their own contributions to the musical. Soon, my TikTok feed was filled with elaborate choreography, rat costumes and miniature set designs. Other creators wrote songs to add to Jacobson’s original, and a full-length musical concept emerged.

Months of collaboration culminated in a one-night-only, virtual production of the show Jan. 1, which streamed online via TodayTix. Available to watch up to 72 hours after, the show featured a star-studded cast, including Tituss Burgess as Remy, Kevin Chamberlin as Gusteau and Adam Lambert as Emile.

As I sat down to watch “Ratatouille: The TikTok Musical,” I was skeptical. Though all the back-and-forth on TikTok had been interesting to watch, it seemed ambitious to actually produce the show.

The second I heard the Broadway Sinfonietta Orchestra, a group made entirely of women – the majority of whom are women of color – begin to play, my doubts were gone. This was going to be a real show, not just a fun concept. Since the pandemic began, I have craved that excitement of sitting in a theatre and hearing the orchestra play the first notes of the opening number. Despite being on my couch, it felt like I was experiencing real theatre once again.

Every song in the show felt special. Remy’s big solo,“Remember My Name,” could easily fit into Broadway’s repertoire. Burgess gave a stunning performance, and his energy and enthusiasm throughout the production were refreshing. He brought Remy’s lovable personality to life on the screen.

The ensemble did a fantastic job, especially in the dance sequences. Prior to watching, I had not anticipated there being multiple, full-fledged dance numbers in the virtual setting. To my surprise, I was greeted with a kick line, a tap sequence and many dancing rats, all recorded in the performers’ homes. The screen was filled with different Zoom-style boxes, which made it seem as though the dancers were in the same space.

Other highlights included the many Broadway actors who graced the screen, like Ashley Park (Colette), André De Shields (Anton Ego), Andrew Barth Feldman (Linguini), Mary Testa (Skinner) and Priscilla Lopez (Mabel). It was inspiring to see them embrace this new format, since the pandemic has forced actors to reconsider everything they knew about theatre in the past.

Feldman, who landed his first Broadway lead as a 16 year old in “Dear Evan Hansen,” was meant to play Linguini. Every aspect of his performance, from his powerful vocals to his anxious facial expressions, embodied the spirit of the character. The production even played with perspective to make it seem as though Remy was tiny compared to Linguini, and with Feldman’s acting, it worked convincingly. I was sold on the idea that Remy was actually under Feldman’s chef’s hat, pulling his hair as he cooked the famous soup.

What is most impressive about this show, however, is the way it brought people closer together. It demonstrated that, even though we cannot be together physically, artists can still create something beautiful together. I suspect we may see more TikTok collaborations like this one, given its success.

Additionally, the production raised over $1.9 million for The Actor’s Fund, a national organization that offers financial assistance, affordable housing and health care to those struggling in the entertainment industry. At a time when so many entertainers have lost their jobs due to COVID-19, the work The Actor’s Fund does is more important than ever.

Can a virtual musical truly replicate the splendor of Broadway? No. However, it can certainly capture its essence, reminding those of us in the theatre industry why we do what we do. It is a glimmer of creativity and hope when we need it the most.

In the words of Anton Ego, “I didn’t like this musical, I loved it.”

“Ratatouille: The TikTok Musical” will have an encore presentation Jan. 10 at 8 p.m. on TikTok Live.