Op-ed: Megan Thee Stallion emotional abuse is a reflection on the treatment of Black women 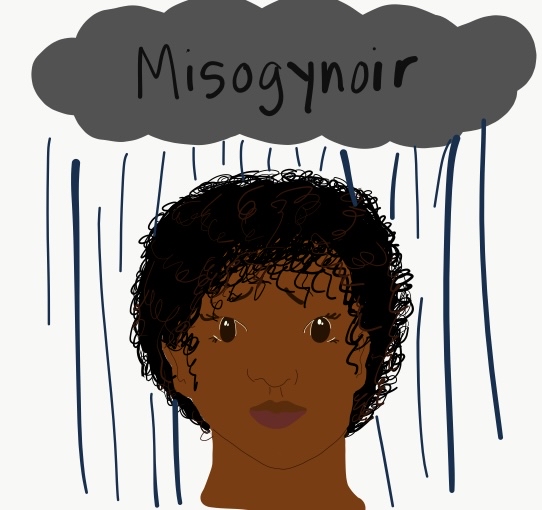 The unsympathetic reactions to the shooting of Megan Thee Stallion are indicative of a bigger problem.

The term has recently gained traction across the internet as violence against Black women has been trivialized and made into memes. Famed rapper and recent Grammy nominee Megan Thee Stallion is one such victim of this ruthless trend.

Megan announced on July 15 that she had been shot in both feet by an unknown assailant, which resulted in her needing surgery. The Los Angeles police department arrested singer Tory Lanez for the shooting, charging him with carrying a concealed weapon the night Megan was wounded.

In October, the charges were updated to felony counts, including assault with a semiautomatic firearm, personal use of a firearm and carrying a loaded unregistered firearm in a vehicle. Lanez pleaded not guilty to the charges.

“I suffered gunshot wounds, as a result of a crime that was committed against me and done with the intention to physically harm me,” Megan wrote on an Instagram story post.

The internet reaction was extremely problematic, responding with memes, jokes and bullying, rather than an outpour of support for Megan. She went on Instagram live in tears trying to explain the situation and how she was feeling, but even there, she was met with insensitive and unfunny attempts at jokes about the shooting. The comments were racist and sexist, and some targeted Megan’s gender identity, calling her masculine, an insult that has long been used against Black women.

Even celebrities took the opportunity to make light of Megan’s trauma.

Draya Michele, star of “Basketball Wives LA,” said on her podcast Wine and Weed, “I predict that they had some sort of Bobby and Whitney love that drove them down this snapped-esque type of road. And I’m here for it. I like that. I want you to like me so much that you shoot me in the foot too!”

Actress and model Chrissy Teigen joked on Twitter in a tweet that she has since removed, “I have a Megan Thee Stallion joke but it needs to be twerked on.”

Although unrelated to the incident, the poor timing of the tweet could not be ignored. Poking fun at Megan while she was recovering mentally and physically from the incident was completely inappropriate.

These celebrities and others joined the hundreds of internet users who created and spread memes about the situation, mercilessly mocking her. They called her “snitch” and “liar.”

She deserved concerned and empathetic reactions, but was instead met with cruel laughter. The question becomes, would the internet have had the same reaction to this situation if the victim was a white woman? Kylie Jenner was at the same party as Megan and Tory — what if she had been shot instead?

It is likely that the internet would have been horrified had a white woman been shot at by Lanez. One Washington Post opinion piece pointed out, “America would have been up in arms if Billie Eilish, Selena Gomez or Ariana Grande had been shot by a Black man. There was even a flood of outrage when Taylor Swift was interrupted by Kanye West during an award acceptance speech.”

Twitter user @jayyjuice_ commented, “All I have to say is if Tory Lanez had shot Kylie Jenner instead of Megan the energy would be WAY different and that don’t sit right with me at all.”

Statistics show that Black women disproportionately face violence at home, at their jobs, in their neighborhoods and at schools. A 2015 Violence Policy Center study found that Black women were “two and a half times more likely to be murdered by men than their white counterparts. More than nine in ten Black female victims knew their killers.”

But these statistics are often overlooked, and Black women can unfortunately be left to fend for themselves.

The fact is, the internet doesn’t view tragedies that involve white women the same way that it views those that involve Black women. It was seen when Breonna Taylor’s name was turned into a meme, commodified, mocked and used for clout. “Arrest the killers of Breonna Taylor” became an Instagram caption, a TikTok sound and a T-shirt slogan. People quickly forgot that she was a person. She was used as the epitome of performative activism for influencers on social media who wanted attention.

This reaction is seen here again with Megan Thee Stallion. People will post black squares for one day on their social media, but when it really comes down to it, many internet users will use Black women’s trauma for their own personal gain.

The reaction to Megan’s pain is representative of our entire society’s view of Black women. Megan herself wrote on Twitter, “Black women are so unprotected & we hold so many things in to protect the feelings of others w/o considering our own. It might be funny to y’all on the internet and just another messy topic for you to talk about but this is my real life and I’m real life hurt and traumatized.”

And so out of this arduous experience, Megan Thee Stallion has risen above the hateful internet trolls and is now preaching the mantra “Protect Black Women,” explaining why that phrase shouldn’t be controversial.

In a New York Times article, “Why I Stand Up for Black Women,” she said, “It’s ridiculous that some people think the simple phrase ‘Protect Black women’ is controversial. We deserve to be protected as human beings. And we are entitled to our anger about a laundry list of mistreatment and neglect that we suffer.”

Black women deserve better. Megan deserves better. Violence against Black women is not a joke or a meme. Black women’s traumas are not a punchline to pass around the internet for clout.

Lily Elwood is a second-year journalism major. She can be reached at [email protected]