The effects of TikTok virality on small businesses 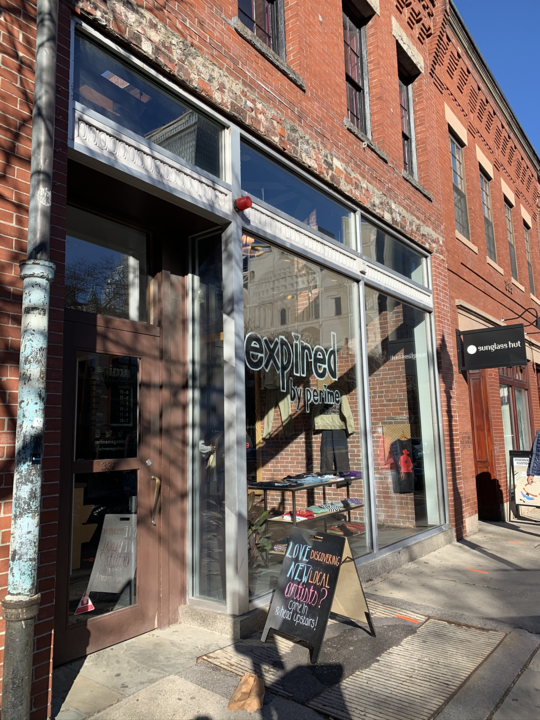 Perime Magazine is one of many businesses capitalising on their TikTok presence to increase growth and brand loyalty.

Since its emergence in 2017, TikTok has taken the world by storm. The social media platform that gained recognition for its 15-second viral videos has quickly climbed the charts and become one of the most downloaded apps, with more than 800 million users worldwide to date. TikTok has played a monumental role in influencing everything from the music industry to small businesses nationwide, and the effect is noticeable even in the immediate Boston area, where TikTok recommendations have bolstered the presence of many local enterprises.

Whether it be a coincidence or intentionally done by the brands themselves, many businesses have started seeing growth from TikTok. Popular videos that show the benefits of a certain product can cause it to sell out in stores almost immediately. Restaurants and stores have benefited from the fame, as the visual appeal of certain types of food or the layout of a store can cause thousands of people to flock to places they otherwise wouldn’t have known about.

A number of small businesses based in Boston have been on the radar recently after being featured in some of these TikToks. High Energy Vintage in Somerville and Boomerangs in Cambridge are two thrift stores that have gained an increased following after a number of TikTok creators listed them as places people should visit.

Andrew Wiley, who has owned and operated High Energy Vintage for about 8 years now, said it’s much more than just an online trend. A short compilation of clips of the store interior, put together by user and customer @leah_magss, garnered more than 363,000 views on TikTok after being posted in August 2020. After being closed from April to mid-July due to COVID-19 and experiencing a slow return to allowing customers into the store, the exposure generated lines that stretched far past the door.

Boomerangs, owned and operated by the AIDS Action Committee and Fenway Health, has been serving the Greater Boston area since 1993. Functioning as a nonprofit thrift store, the proceeds are dedicated to HIV prevention initiatives as well as housing and local outreach.

TikTok user @dahlsxoxo, whose videos focus on different fashion looks and stores, received 240,000 views on a video about Boomerangs.

“Dahlia [@dahlsxoxo on TikTok] put it out on a Saturday and [an employee] noticed it,” said Tamarind Tidwell, the operations manager for Boomerangs. “[The employee] said, ‘I think there’s a lot more customers than normal.’”

Boomerangs has been mentioned in a number of other TikToks for both its selection of products as well as the initiatives the store sponsors.

Many businesses have suffered from the pandemic, forced to shut down and then take necessary precautions to open again in a safe and regulated manner; Boomerangs closed all its locations in March and reopened in July. The TikTok posted in August gave Boomerangs a well-received boost of customers after not seeing anyone for a while.

While the sudden increase in foot traffic to the store only lasted about a month, the company started getting more online recognition, including tags on Instagram about how to style different pieces of clothing or tips on upcycling thrifted clothes, Tidwell said. She also discussed the greater value of the videos, which was in getting recognition from a new customer base in a location largely dependent on students.

“College students are temporary residents, so there’s this turnover that happens,” Tidwell said. “We want to be able to find folks that are new to the neighborhood, let them know that we’re here.”

Noting the impact the app can have, Boomerangs has since set up its own TikTok account, broadcasting ways to use thrifted pieces and style anything, from streetwear to costumes.

Another business that has made a name on TikTok recently is Perime Magazine. But unlike most other places, their online growth has been intentional. Perime Magazine started as an online fashion magazine and has now been operating as a pop-up store on Newbury Street since November 2020. Their marketing was almost entirely based on TikTok and Instagram, showcasing the clothes in their store or the local artists they were working with. Their videos originally focused on showcasing outfits or following other TikTok dance trends, but after looking into why some videos perform better than others, they were able to make their presence better known through a focus on more visually stimulating content.

“I see a lot of videos on TikTok split into denominations of categories,” said Sam Roller, creator of Perime Magazine. “We think that we have a very visually appealing store and those kinds of aesthetic TikToks do extremely well, so we want to highlight that as much as possible. Those are all of our TikToks that have blown up. We started with outfits of the day, but the aesthetic ones have been the most popular. We’re on the fourth or fifth viral post and have racked up 3,000 [Instagram] followers.”

Roller said that when Perime Magazine first started producing content on TikTok, they had no followers and it looked like the store would only be a pop-up location.

“We had only posted two TikToks before opening. We literally went from zero followers to our 1,700 in a month,” Roller said. “We definitely saw our sales double after barely breaking even in the first week. About 50% of our customers are from TikTok. People will walk in the door and say, ‘I saw you guys on TikTok’ and it’s so refreshing to hear that.”

Despite starting a brand new venture in the middle of a pandemic, Roller said that Perime Magazine took advantage of the cheaper starting costs and were also able to give people a visual preview of what they would be seeing in the store. By showing their audience what they could expect, they felt they were making it more worthwhile for people to shop in person.

TikTok shows viewers random videos, then gauges their reactions to establish whether they should broadcast more similar videos. Most often, users interested in similar groups of videos will be shown other options that, although might not correlate directly, have been popular with others who have the same interests.

This method of trying to see what will work is the reason the app is able to customize the “For You” page, or the feed, for each person. TikTok’s algorithm focuses on a number of factors, including how long users linger on different types of videos, how they interact with what they find interesting and what might be relevant to them based on their location.

Videos showcasing the best restaurants or photo opportunities in each city have grown in popularity, each one based on what the viewer already appears to be interested in. Both High Energy Vintage and Boomerangs were included on videos with similar formats of “best thrift spots in Boston.”

Due to the personalized approach that TikTok has taken, seeing businesses appear on the “For You” page has less of a marketed feel than a direct advertisement might have. Emily Gringorten, a second-year computer science major at Northeastern, has visited a number of stores and cafés she saw on her “For You” page, including Perime Magazine. She said a lot of the places she sees are specifically tailored for her, whether she’s in Boston or back home in the Bay Area.

“It’s less that TikTok affects my decisions, more that it shows me things I would already be interested in,” Gringorten said. “I think most of the places, if I had found out about [them] on my own, I would’ve gone.”

Brandon Marte, a second-year business administration major, agreed that the algorithm is a direct match with what he’s interested in and has been successful in getting him to visit places in Boston he otherwise wouldn’t have, such as the Garment District.

“It doesn’t play a huge role, but it’s definitely an influence,” Marte said. “More spur of the moment people might benefit a lot from it.”

TikTok might seem like any other social media app from afar, but as more and more people become aware of the real impact it can have, it seems to be turning into the next big marketing strategy.

“If we want to make our own growth, using social media like TikTok, Instagram and Twitter is how we’re going to see that growth,” Roller said.“This is why we really want to emphasize our social media more than using traditional marketing.”