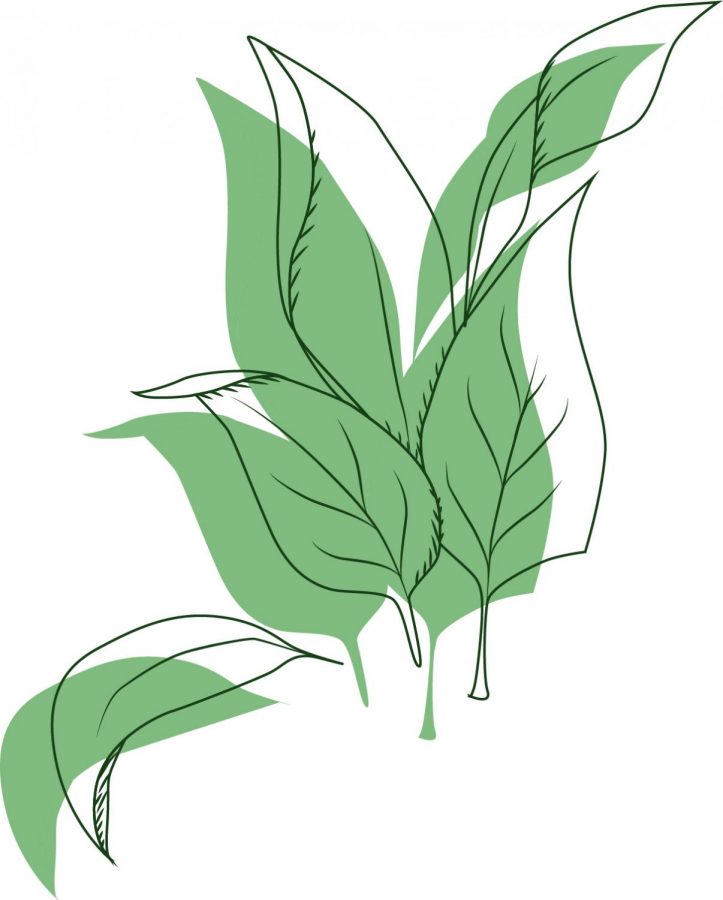 Art by Avery Bleichfeld. Canopy is a new coalition of clubs focused on environmental clubs at Northeastern.

Northeastern University is home to numerous student-lead organizations that prioritize sustainability, environmental activism and social justice. Clubs involved in this sphere now have an opportunity to combine their efforts under a new coalition of student organizations: Canopy.

According to Canopy’s constitution, the organization “is a council of students and organizations committing to the exchange of knowledge and sharing of resources in the pursuit of shared missions. These missions include, but are not limited to, racial, environmental, economic, climate and healthcare justice.”

Northeastern has numerous student-led organizations dedicated to missions in Canopy’s constitution, and Canopy has extensive and multi-faceted goals to unify these communities.

“I realized that Northeastern was really lacking the culture of sustainable living, and not even sustainable but just socially responsible and aware of the outdoors and our planet,” said Brienn Douglas, a founding member of Canopy and third-year business administration major.

Mason Fitzpatrick, a fourth-year combined business administration and health science major and president of one of Canopy’s founding organizations, NU Impact, said that environmental and social consciousness is necessary to the Northeastern community and Boston at large.

“When it comes to environmental justice and the communities that are most impacted by the climate crisis, mainly Black and Brown communities, Northeastern has not been super beneficial to those communities in the surrounding areas like Roxbury and Dorchester,” Fitzpatrick said. “So I think it’s extra important that our institution has a mechanism to give back to those communities.”

“What [Canopy] is supposed to do is be a resource for anybody on campus, whether that be professors, whether that be other faculty, students or other organizations,” Douglas said. “We want to be this resource that people feel they can go to about social justice opportunities, environmental issues or any type of intersectional environmental issue.”

Canopy was founded by fifth-year mechanical engineering major Melissa Rath. She felt motivated to build this organization to eliminate competition between pre-existing environmental and sustainability clubs on campus.

Realizing that several clubs like Net Impact, NU Impact, Husky Environmental Action team, or H.E.A.T, UNA Northeastern and Sunrise have similar interests and missions, students involved in these groups came together to brainstorm ways to collaborate.

These clubs are Canopy’s five founding organizations and tree members — organizations that demonstrate a continued pursuit of social and environmental justice and are obligated to attend and host Canopy events. Canopy has a second tier of organization membership called sprouts: clubs affiliated with Canopy and its goals, but have less physical responsibility to the council.

As Canopy is still in its developmental stages, opportunities to apply as tree members and sprouts are still open. Canopy is also looking to fill vacant positions on its executive board, a task that has been difficult because of the pandemic.

“Our e-board is still open, it’s been hard to find people. I’m sure with COVID the word’s not getting around,” Rath said. “All of the [e-board] positions are open. You don’t even have to be a member of any of the founding organizations. There are zero requirements. Obviously we’ll evaluate your application, but there are zero barriers for entry for people to apply.”

While Canopy’s ability to function as an independent entity remains unique, it’s collaborative foundation was inspired by Mosaic, Northeastern’s network of builders and leaders.

“We were basing [Canopy] really heavily off of Mosaic, which is a network of all the entrepreneurial clubs, and so we just wanted to have this basis where everything environmental related was in one little bubble and you could kind of pick out what fits you best,” Douglas said.

The little bubble that Canopy wants to create will be executed through a shared calendar where the leaders of tree member organizations can facilitate events.

“We are going to create a shared calendar which hopefully will be published on NEU Sustainability’s website or some sort of open place that has all of our member organization’s events,” Rath said. “One of our biggest things is that we don’t want to schedule things at the same time because we don’t want to take away from our audiences.”

Fitzpatrick believes uniting the environmental justice community is essential to success and tangible benefits on campus and around Boston.

“When it comes to something like environmental justice, I feel like it’s even more important to make sure that we’re bringing all the efforts on campus together,” Fitzpatrick said. “Asking the school to make some sacrifices in the name of sustainability and environmental justice, it requires a lot more power and a lot more coordination. And so for me, Canopy is a way to bring together what I see as a lot of like-minded organizations.”

Although Canopy’s website and shared calendar have not been launched, the organization is actively supporting other initiatives that are already underway, including one targeting NU’s management of vegan cuisine.

“Cruelty-Free Northeastern has been working on getting more vegan options and better labeling in the dining halls,” Rath said. “Net Impact has been partnering very strongly with Wollaston’s to get a lot more vegan and waste-free products and food at their place. So we’ve been collaborating with that and thinking of ways we can combine our efforts to work towards all facets of dining at Northeastern.”

Canopy is still a work in progress, Rath said, but its founding members hope that momentum will pick up by the end of February, when the e-board is projected to be finalized.

“Canopy can allow all these different organizations to be greater than the sum of its parts. Together it’s exponentially more valuable and more impactful,” Fitzpatrick said.