Bound with history, corsets stage a comeback on TikTok 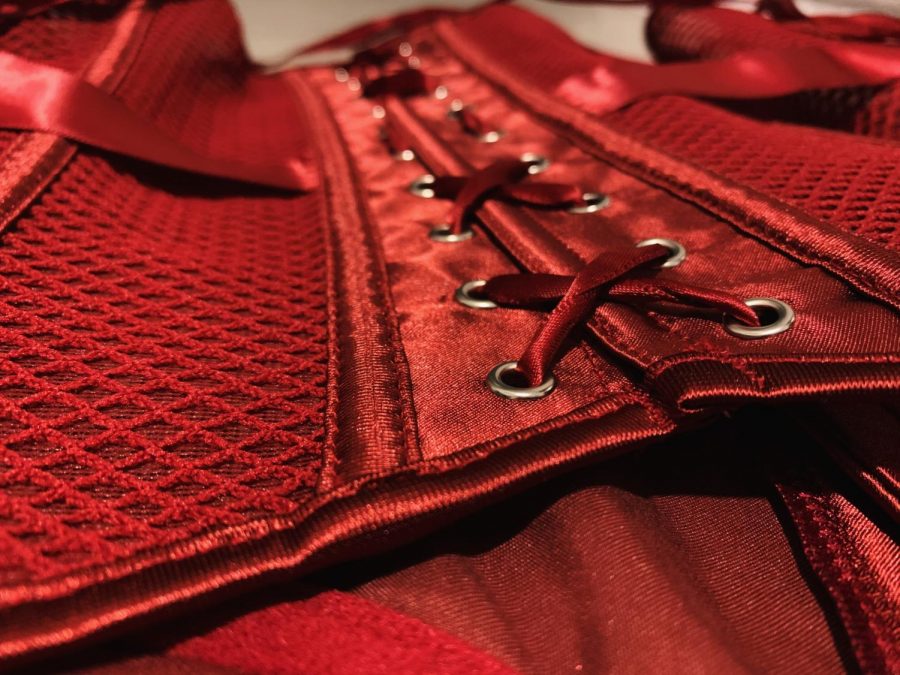 The corset has become a modern symbol of sexual empowerment.

A trend often associated with confinement may seem out of place in a time charged with hope for freedom of the future. But after months spent exclusively in loungewear, it makes sense that society is ready to squeeze into something new.

“Today, with the pandemic and everyone wearing sweatpants, it’s all about the contrast. That’s what fashion is about, the new thing, the next thing, the opposite of what we’re wearing now,” said Frances McSherry, a professional costume designer and teaching professor in Northeastern’s  theatre department.

Many TikTok users attribute their love for corset tops to the Netflix period drama, “Bridgerton.” However, the undergarments worn in the show are not conventional corsets.

Victorian-era corsets, which cinch the waist, are often considered archetypal corsets. The Regency-era shapewear seen in “Bridgerton” instead flattens the torso and accentuates the chest.

The corsets that trend today are not particularly similar to Regency or Victorian corsets.

“Maybe [the modern corset] needs a better name or a different name. Maybe it’s emerging as a different garment. Maybe it needs to be redefined … they’re not corsets of the old days; they’re certainly not as confining,” McSherry said.

McSherry explained that trending corset tops are similar to bustiers, which are strapless tops meant to push up the breasts.

“Bustiers take the boning aspect of a corset … and make it a trendy and fashionable bra,” said Jennine Abramsky, co-president of Northeastern’s Fashion and Retail Society and a third-year student majoring in business administration with a minor in global fashion studies.

The major similarity between the classic corset and the modern bustier-corset hybrid is the supportive boning seen in both garments.

McSherry explained that the most likely cause for corsets’ intermittent comebacks since the 1970s is the support they provide.

“We love structured garments [that] we can feel on our torso,” she said. “It empowers us to stand up straight and to feel the strength of the chest, the heart, the lungs. It’s kind of like armor.”

Modern corsets also differ from the historical undergarment because they are not worn as an undergarment at all. In outwardly displaying a clothing item that has been hidden for centuries, contemporary corset wearers demand attention.

In the Victorian Era, dress reformers would claim corsets deprived women of control over their body and style. The modern corset offers its wearers this very control.

“A corset is an undergarment so when we wear it on the outside we see it as a sexual object… So if you walk out in a corset in public … you’re taking your power and your sexuality back,” said Shae Warman (@shaetalksfashion), a TikTok creator who makes fashion history videos. “Even though it’s a constricting garment, it’s not constricting our sexuality.”

Warman explained the choice to wear a corset – something that was once considered a societal standard – exemplifies the freedom of fashion expression in the modern world.

“Choosing to wear something just because [someone] wants to wear it… Not having that choice, I think that’s the sign of oppression or forced femininity, and [modern corset wearers] are taking that back and doing what they will with it,” Warman said.

In the past, the corset was rejected as a tool to promote a uniform body standard. But today, wearing a garment that is considered out of the norm, like a corset, can be an expression of individuality.

“Wearing a corset as a shirt, it’s kind of like a counter-statement to what’s normal and accepted,” Abramsky said.

The confidence and sense of individuality that come with wearing a corset may have given the trend a bad name. People are sometimes uncomfortable with atypical fashion and the empowerment it can provide, so they reject the garment or the person wearing it entirely.

“In my opinion, peoples’ problem would be that [corsets] are underwear that people are wearing on the outside, not so much that they’re breaking in the female body and distorting women’s organs,” Abramsky said.

Warman explained that the corset’s association with femininity may also contribute to its  negative reputation.

“Society has a tendency to demonize things that are feminine or perceived [to be] feminine,” Warman said. “Telling women that women used to be impossibly thin, that really wasn’t as common as we think.”

Fainting, weakened abdominal muscles and malformed internal organs were once attributed to prolonged use of corsets. But these and other negative health effects associated with corsetry were usually the result of a practice called tight-lacing.

Tight-lacing pulled in the waist to unreasonable measurements. It was common practice only among aristocrats for a brief period of time. The corset’s connotations with femininity, sexuality and control of one’s body are more likely the cause of its notoriety than any supposed side effects.

Corsets may never have been as dangerous a clothing item as they are often perceived to be, and the corset-bustier currently in vogue is no cause for worry. McSherry said any previous physical side effects of corsets are unlikely to make a comeback.

“It’s not a bad idea to have those stories in the background, [to] make sure we never go back again. It’s good to know, but the times are so different … Women have really kind of taken control of their bodies and fashion and what it is that they wear,” McSherry said. “Because of that, I don’t think we could possibly go back to what it used to be.”

McSherry also explained the benefit of corsets’ relationship to the vintage thrifting trend.

“I hope that more and more people take up the passion for thrifting, upcycling, recycling and sustainability, because it’s truly the only way forward,” she said. “And if it takes a corset to interest somebody in something that’s used or something that’s existed in the past, I think that’s a great thing.”

Contemporary corsets exemplify freedom of expression for wearers. In modern fashion, they are a symbol of liberation rather than confinement.

“It’s like an ode to a past life. I think coming out of quarantine is a big cause of that. We had no freedom, so people are just yearning for this other time … So that’s why they’re really getting into [corsets], it’s the idea of a simpler time,” Warman said. “I don’t think corsets will ever leave the consciousness of people. I don’t know if we’ll ever see them fully go away.”