Op-ed: In defense of the snow day 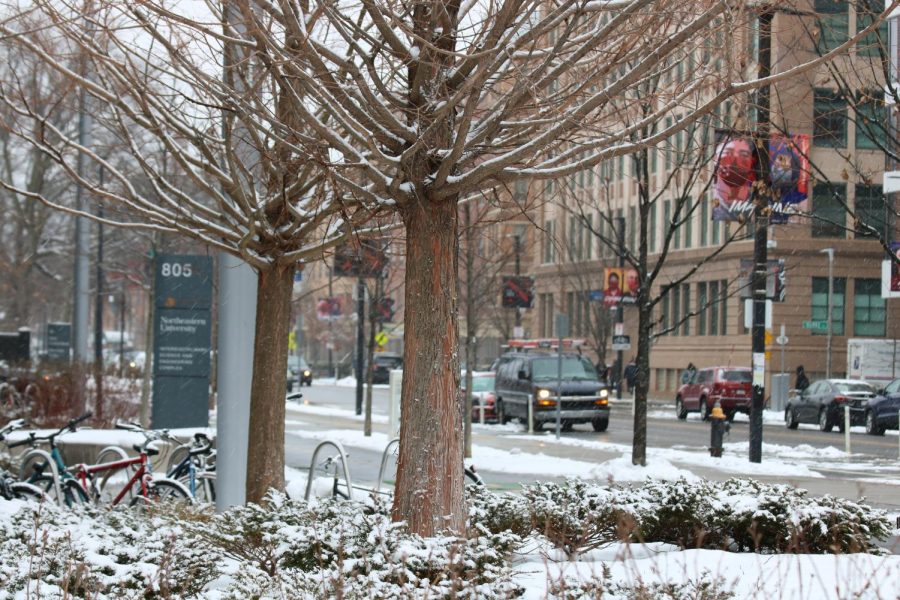 There are many practical and symbolic reasons for keeping the snow day.

The COVID-19 pandemic has wreaked havoc across the United States, and it may soon claim another victim: the snow day.

According to New York City Mayor Bill de Blasio, snow days may be a “thing of the past” for New York City’s public school students.

“As a parent — and I was a kid once myself — I have to say I feel a little sad that the snow day we used to all know may be gone because it’s really not going to be a day off if we have a snow day,” de Blasio said after New York City faced snow squalls in December.

Is nothing sacred, Mr. Mayor? (As a side note, has anyone fact-checked that de Blasio was, in fact, once a kid? I don’t know if I’m buying it.)

We’ve already lost so many important days during the pandemic — graduations, birthdays, Coachella, etc. Adding snow days to the list of things that could only be treasured pre-pandemic would be a crime on par with letting your five friends cut the sandwich line at Rebecca’s during the lunch rush.

Of course, there are logical arguments for the continuation of the snow day, arguments touting educational equity and accessibility. Not every home has a computer or reliable internet, and even those that do may face challenges when there are competing Zoom meetings vying for wifi bars. Personally, I don’t think I ever fully comprehended high school biology, but I know I’d never be able to pretend I understood apoptosis come test time if my teacher’s every third word cut out due to a shoddy or overworked internet connection.

Students may also face challenges finding a place to work in their home, especially students with siblings or parents who also have to stay home as a result of bad weather. Requiring kids to learn how to switch from in-person to remote learning at the drop of a pin could mean that some students end up having to do English class from the bathroom, or worse, the room with all those things someone in the family (looking at you, Dad) thinks they might really need one day. The room someone else in the family (Mom) always says is “off-limits” when guests are over. It’s probably the same one where your rollerblades and recorder from fourth grade music class are stored. You know the one. And no one should have to do English class from there.

Research has also shown that moving learning online not only increases the achievement gaps among students, but also lowers achievement across the board. In research published on the education reform publication Education Next, Joshua Goodman, an associate professor of economics at Boston University, found that math scores on standardized tests drop by up to 5% of a standard deviation with every one-day increase in the rate of absences caused by bad weather. However, according to Goodman’s article, test scores were unaffected by “instructional time lost to weather-related school closings.” Goodman concludes his article noting that superintendents ought to err on the side of cancellation when a storm seems likely to impact attendance.

This research is important to note when considering who will be “absent” from remote learning: Likely those who are already at a disadvantage, those without internet access at home, those who have to serve as caregivers and teachers to younger siblings while parents go to work.

These are all critical things for superintendents to consider before cancelling the snow day. However, there are also plenty of less critical — but more fun — reasons for keeping the snow day around.

Weather in New England is objectively miserable for a large chunk of the year. If you’ve ever endured a January, February or March in Boston, you know this to be true. Snow days and Super Bowl championships are the small returns on investment New Englanders get for putting up with freezing temperatures and seasonal-depression-inducing months of gray skies.

If schools do decide to replace the snow day with a remote learning day, the magic and excitement of an impending snow storm will disappear. Instead of a collective whoop for joy after getting the cancellation call from the principal or superintendent, there will be a collective groan from students who find out that, instead of a day of sledding and snowball fights, they’ll be doing school sans the fun parts (lunch period, recess, seeing friends). We’ll end up creating entire generations of kids who see snow as a wet blanket instead of a gift, a Hail-Mary, another day to put off figuring what apoptosis is.

Of course, in the 2020 school year, students did lose so many critical days of learning. It’s understandable that in the wake of this, school officials, teachers and parents might feel that students cannot afford to lose even one more day. However, when the pandemic ends, whenever that may be, schools should consider keeping snow days as a tribute to what the relief of a mid-week blizzard once meant.

Kelly Garrity is a fourth-year political science major. She can be reached at [email protected]