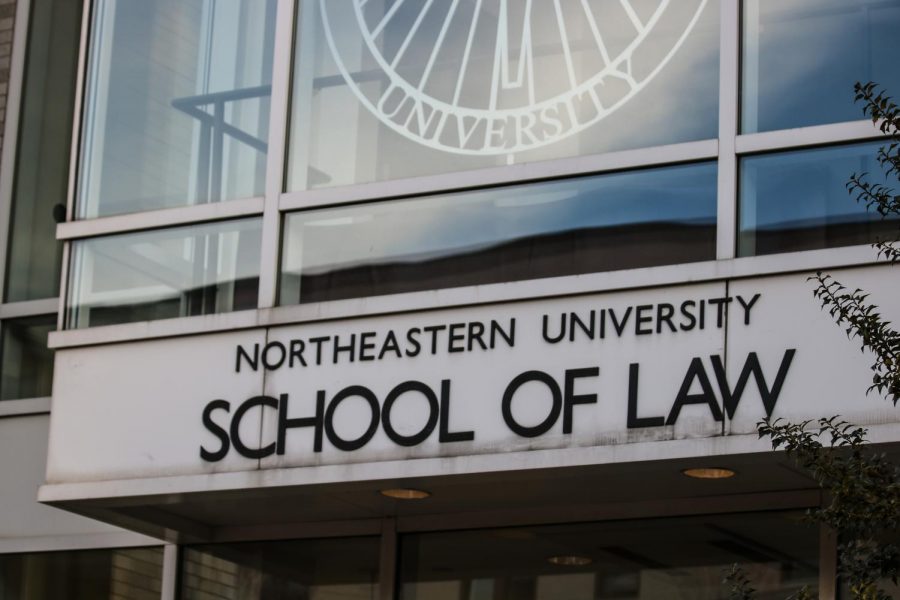 Northeastern Law students partnered with the Civil Rights Restorative Justice Project to investigate the case of Henry Gilbert, who was killed in a Georgia jail in 1947.

Northeastern University School of Law’s Civil Rights and Restorative Justice project, or CRRJ, is seeking to correct the false narrative surrounding the lynching of a Black man nearly 75 years ago through a documentary made in collaboration with the university’s School of Journalism.

Henry “Peg” Gilbert was wrongfully arrested in May of 1947 in Troup County, Georgia, following a crime he did not commit. Weeks before Gilbert’s arrest, a Black man named Gus Davidson shot a white farmer named Olin Sands in self defense. Davidson had accidentally hit and killed the farmer’s cow and a fight ensued.

A furious white mob scoured the county for Davidson, who had already fled to the north. Looking for a member of the Black community to blame, the mob narrowed in on Gilbert, a successful, land-owning farmer who pushed the limits of what Southern society expected from a Black man in the 1940s.

After being charged with “aiding and abetting a fugitive,” Gilbert was brought to the Harris County Jail where he was beaten and tortured. Gilbert’s brother-in-law was able to visit him, where Gilbert reportedly told him, “Don’t worry, there’s nothing you can do, I will never get out of here alive.”

Gilbert was murdered four days after his arrest. On May 23, Gilbert’s wife Mae Henry Gilbert was told to come pick up her husband’s body. The chief of Harris County Police W.H. Buchanan claimed to have shot Gilbert in self-defense, a conclusion complicated by the gunshot wounds, crushed skull and broken bones found on Gilbert’s body.

A weak FBI investigation did not result in any criminal charges against police and maintained the police chief’s account despite conflicting forensic evidence.

After further law enforcement attempts to incriminate the family, Mae and her daughters were forced to sell the land they had worked hard to obtain and move away.

The inconclusive FBI results remained the official narrative of Henry Gilbert’s death for almost 70 years, until 2016, when Tara Dunn and Ariel Kong, law students enrolled in Northeastern’s Civil Rights and Restorative Justice course, were handed a folder with Gilbert’s name and told to research his story.

The annual course, which is open to graduate and law students, assigns teams of students to homicide cases involving racial violence against Black people in the Jim Crow South spanning from 1930 to 1970. The cases often have no secondary literature, meaning that they are not written about elsewhere and all that exists is the files themselves.

“We don’t do big cases like Emmett Till or Scottsboro, we do cases where if we don’t add those cases to history they will essentially be forgotten,” said Rose Zoltek-Jick, associate director of the CRRJ. “Nobody has told these stories, there’s nothing that would mark that these people ever lived and more importantly that they were killed because of their race.”

Using documents from sources like the Library of Congress and newspaper records, students investigate the cases and work with victims’ relatives to create a restorative justice plan and help those impacted.

In the past, results of CRRJ students’ work have been featured in national outlets such as The Washington Post and USA Today, however, the Gilbert documentary is the first film produced in collaboration with Northeastern’s School of Journalism.

Dunn and Kong researched and uncovered the story of Gilbert’s wrongful death at the hands of Georgia police. Seeing that the narrative would lend itself to visual storytelling, the CRRJ reached out to the School of Journalism to collaborate on a project telling the true story of Gilbert’s lynching, said Mike Beaudet, a journalism professor of the practice.

“They had done all the research and it was our job as journalists to try to bring it to life and tell it in a way that people could understand and learn from it,” Beaudet said. “I think that’s why they came to us, because we know how to tell stories.”

The research for the documentary was passed down between multiple classes of students since its conception in 2016 and completion this past year, Beaudet said. The process involved multiple trips to Georgia to interview family members and collect video clips.

In 2018, Zach Ben-Amots, a graduate student studying multimedia journalism and current digital video producer at ABC 7 Chicago, began to work on the project and helped carry it to the finish line. The CRRJ class drew  Ben-Amots to Northeastern when he toured graduate schools and he said he liked the idea of bringing the stories to a broader audience.

When Ben-Amots joined the project, he gathered elements of the film that prior students had produced, such as interviews and videos from trips to Georgia.

The CRRJ was kept in the loop throughout the creation of the documentary, Ben-Amots said, with each new cut of the video sent to CRRJ founder Margaret Burnham, Dunn and Kong for feedback.

Collaboration between the CRRJ and the School of Journalism was crucial throughout the years-long process.

“That relationship with CRRJ was critical for us to be able to tell this story because they were the experts on these lynchings that they’ve been documenting,” Beaudet said. “We kept going back to them and talking about how we were going to approach the story and seeing how it evolved as we better understood exactly what happened.”

A year later, during the protests for racial justice following the murder of George Floyd, Ben-Amots pitched the project to his producer at ABC, who agreed to air it. He took a couple months to polish the documentary to its final version, which was broadcasted in October 2020. The short film will be available on Hulu with a release date to be determined.

Despite the documentary taking nearly four years to complete and involving the work of many students along the way, its later-than-expected release date paid off, Beaudet said.

“I feel the timing worked out perfectly in the end and we told the story the right way and when it needed to be told,” Beaudet said. “Shining a light on this case and these cases in general is really important, especially now with everything that’s going on in the last year with the push for racial justice.”

In setting the record straight on how Gilbert was lynched, Ben-Amots said he hopes the documentary can help open viewers’ eyes to similar cruelties that have occurred throughout American history.

Beaudet, Ben-Amots and Rose Zoltek-Jick said they intend to maintain collaboration between the CRRJ and the School of Journalism and they would love to continue to create documentaries and publicize the cases of lynchings that students uncover.

“There are hundreds— if not thousands — of Henry Gilberts and Gus Davidsons who need to be written back into history,” Zoltek-Jick said. “We’re extraordinarily proud of the film that Zach and Professor Beaudet produced, and that kind of collaboration is both [an] excellent education and extraordinary social justice contribution to the world.”