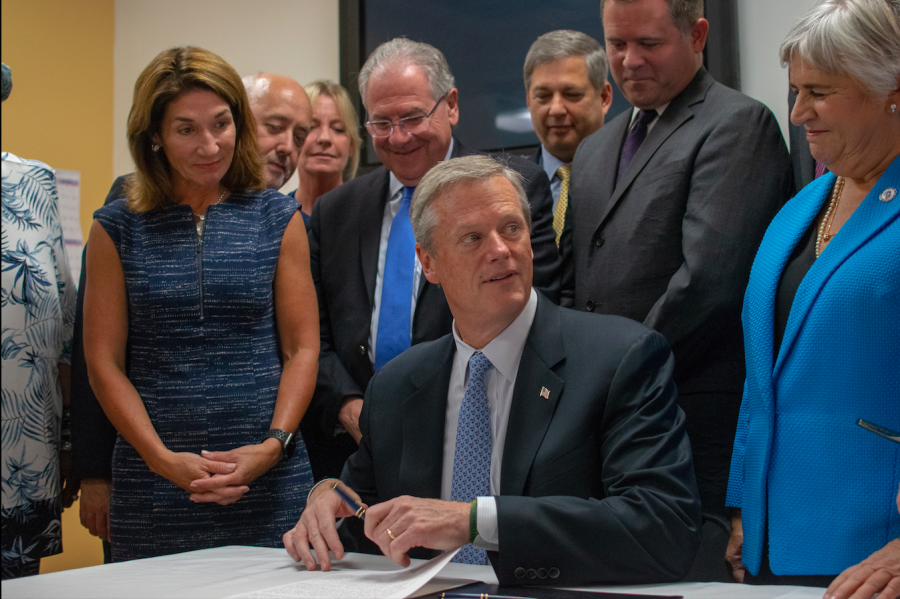 Governor Baker announced at press conference held Monday that the mask mandate would be lifted for fully vaccinated individuals by the end of the month.

Governor Charlie Baker’s administration announced today additional details regarding the COVID-19 vaccine eligibility timeline in Massachusetts, which includes when the remaining groups of Massachusetts residents, such as public-facing workers and the general public, can register for the vaccine.

Massachusetts is currently in Phase 2 of its vaccine rollout. Starting March 22, groups that fall under Phase 2, such as those age 60 or older and workers in certain industries such as food service and transportation, will be eligible for the vaccine. On April 5, those age 55 and older and individuals with one qualifying medical condition, will be eligible. Finally, starting April 19, the general public age 16 and older will be eligible. This April start date is ahead of President Biden’s May 1 deadline, when all states are required to expand vaccine access to the general public.

Baker announced in a tweet Tuesday night that he would detail additional information regarding vaccines the following morning at a press conference, but his administration released the information prior to the 10:30 a.m. briefing.

All Massachusetts residents can pre-register for a vaccine appointment on the state’s website. The Commonwealth is expected to receive 170,000 first doses of COVID-19 vaccines this week, as well as an unexpected additional 8,000 doses of the single-dose Johnson & Johnson vaccine.

As of March 16, 946,306 Massachusetts residents have been fully vaccinated, according to the state’s Department of Health.