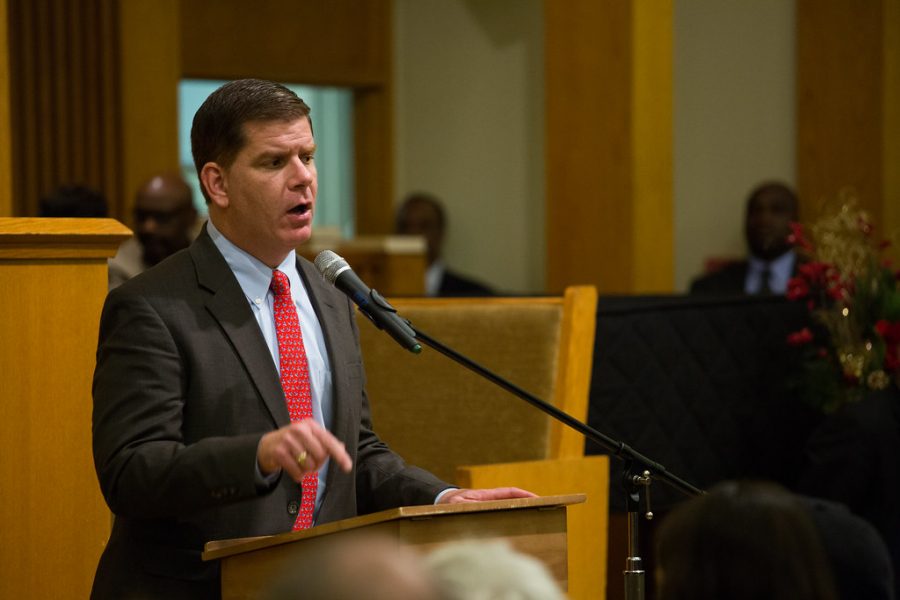 Former Boston Mayor Martin J. Walsh is headed to Washington D.C. after being confirmed labor secretary by the U.S. Senate.

The U.S. Senate confirmed now-former Boston Mayor Martin J. Walsh as President Biden’s labor secretary in a 68-29 vote Monday afternoon. Walsh resigned from his role as mayor at 9 p.m. the same day and will travel to Washington D.C. Tuesday morning to be sworn in.

“I’m deeply grateful to President Biden, Vice President Harris and their confidence in me for this opportunity to serve our country in this time of need,” Walsh said in a farewell news conference Monday. “I share their commitment to building an economy that works for every single American.”

Walsh has been a lifelong union member, becoming a member of the Laborers’ Union Local 223 in Boston when he was 21 years old. He went on to serve as president of the union as well as head of the Building and Construction Trades Council.

Walsh said in his Feb. 4 confirmation hearing that as labor secretary, he plans to focus on workplace safety, workforce development and improving the Occupational Safety and Health Administration.

Walsh has been mayor of Boston since 2013. This fall, there will be a mayoral election to determine his permanent replacement. Walsh said he will not back any of the candidates because he knows each of them personally.