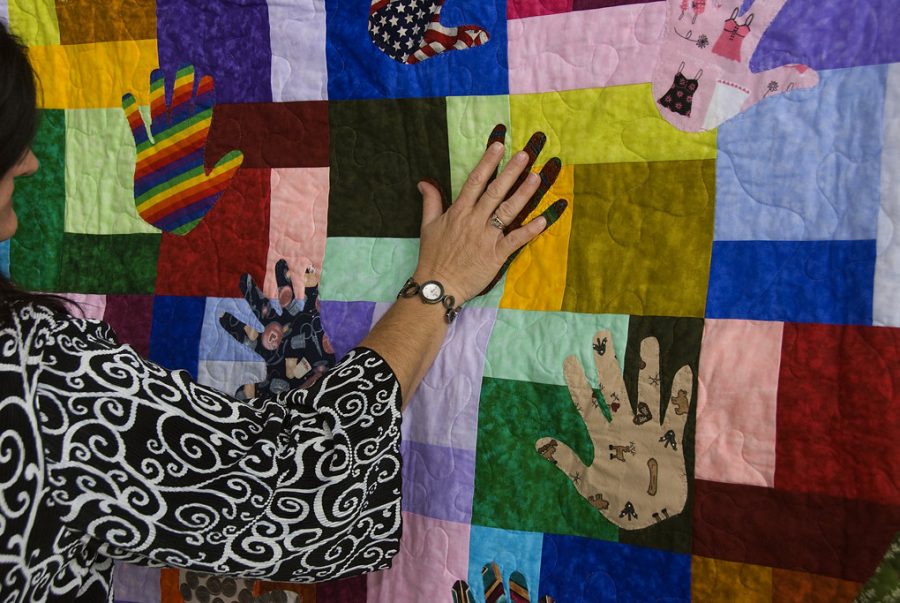 "Diversity quilt" by OregonDOT is licensed under CC BY 2.0

With President Joe Biden and Vice President Kamala Harris sworn in, it would be remiss to forget that an unfortunate 75 million individuals voted for former President Donald J. Trump. And with Biden now attempting to reach out to these voters by undertaking a centrist platform emphasizing bipartisanship, we see prominent national Democrats misunderstanding and misapplying the concept of identity politics to their political agendas. In doing so, another Trump-era presidency and far-right politicians regaining their power are at risk.

In 1977, Barbara Smith co-authored the Combahee River Collective Statement, a document that spotlighted the economic and social oppression uniquely faced by Black women. The statement first coined the term “identity politics” and advocated for intersectionality in the feminist movement of the late 20th century — a movement that had the tendency to exclude women of color from its demands. Smith’s intention in creating the concept of identity politics focused on calling attention to a group’s specific identity and, in turn, forcing individuals to acknowledge the struggles faced by people of those identities. However, the support for this movement today has been increasingly minimized to buzzwords and insincere pushes for diversity that border on performative activism.

For example, the Clinton campaign and prominent Democrats in 2016 hedged their bets on building a coalition of young people, minorities and single women to serve as the backbone for the party for years to come. However, “this rising American electorate” failed to push Clinton into the White House. As the Democratic Party and the Clintons shifted away from working-class people and New Deal principles, the Bernie Sanders campaign pushed a true economic populist narrative that gave rise to a diverse coalition for those under 30, despite the media’s narrative and common caricature of the ‘Bernie bro.’

Additionally, the leak of the Podesta emails revealed that Neera Tanden, former advisor to Hillary Clinton, spoke of the Clinton campaign’s “cozy press” relationship. As such, one must wonder if the mainstream media’s demonization of true progressives like Sanders is partially due to the influence of establishment Democrats. And so it came at no surprise that former White House Chief strategist Steve Bannon said: “The longer they talk about identity politics, I got ’em. I want them to talk about racism every day. If the left is focused on race and identity, and we go with economic nationalism, we can crush the Democrats.”

Ultimately, reducing people and groups of people to set identities that will always vote one way or another advances the development of tribalism in this country. Identity politics should instead be about advocating for a particular group related to public policy. As philosopher Dr. Cornel West states, “Identity itself is a rationalization of trying to fit into a system that’s driven by greed, rot and corruption.” Hence, when prominent Democrats like Rep. Clyburn speak strongly for voting rights and civil rights, they begin to lose voters when they fail to speak on class and economic issues such as income inequality — which is partly due to their ties to corporate donors.

When the Biden campaign attempted to win the Black vote by announcing Harris as its choice for vice president during the election, some raised concerns due to her label as “top cop” and history as a prosecutor. Indeed, some of these concerns materialized in the 2020 election: The percentage of Black people who voted for the Democratic presidential candidate decreased in 2020 when compared to 2016. Hence, reducing people to a single world or identity will not be sufficient in maintaining a coalition in 2024 if their policies do not provide real tangible results for people with those identities. For example, even though the $1.9 trillion stimulus package passed in the Senate without the attachment of a minimum wage increase, the majority of Americans support an increase in the minimum wage — including a majority of Republicans. And Biden’s lack of sincerity in fighting for working class Americans was ultimately proven when the administration chose not to simply overrule the Senate parliamentarian, an unelected official, and decided to “[respect] the parliamentarian’s decision and the Senate process,” dealing a critical blow to his promise to increase the federal minimum wage to $15.

These failures will not go unnoticed by the minority communities that have historically supported the Democratic Party, as minorities make up a disproportionate percentage of the country’s poor. Ultimately, establishment Democrats like Biden should take note of Bernie’s progressive economic policies that garnered real support in truly building a diverse coalition, for it is these policies that are truly representative of identity politics.

Sanjana Sanghani is a first-year economics and psychology major. She can be reached at [email protected]