Op-ed: The antisemitism of the Boycotts, Divestment and Sanctions Movement 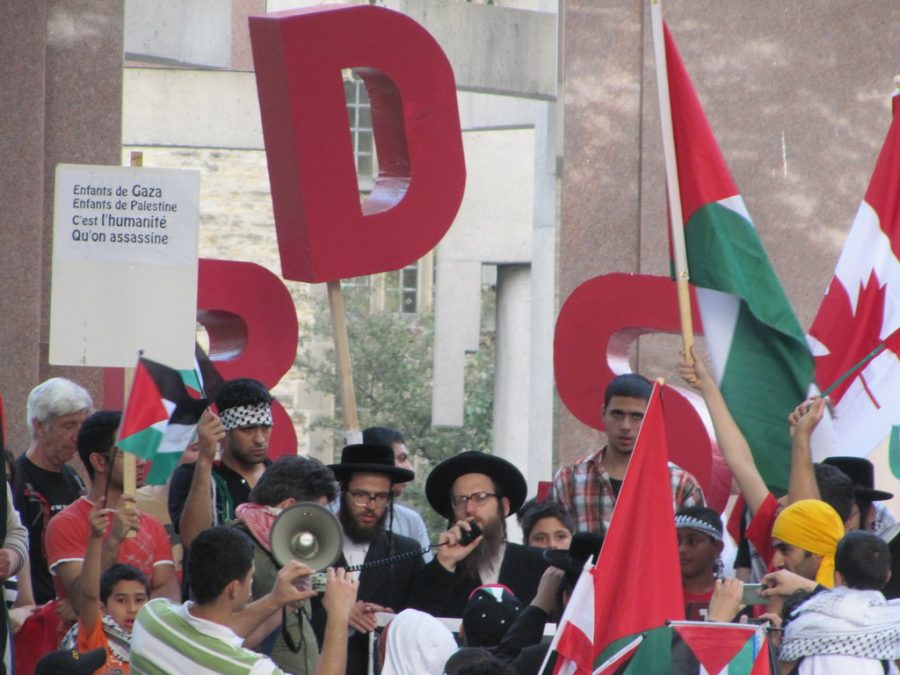 "BDS & Rabbi's For Palestine" by m.gifford is licensed under CC BY-NC-SA 2.0

Boycotts, Divestment and Sanction, or BDS, is a movement led by Palestine against Israel.

The beauty of the Boycotts, Divestment and Sanctions, or BDS, movement is that it isn’t limited by resource scarcity. Unlike other movements, which must prioritize where they donate money or send workers, the effectiveness of BDS is entirely reliant on its membership and their willingness to act. Boycotting products from, divesting from investing in and sanctioning countries that commit immoral acts is a smart strategy for enacting change that could be applied worldwide.

BDS is also a principled movement. At its core, BDS exists because one group believes their rights are being denied by another. It arose in response to a specific international circumstance, the Israeli-Palestinian conflict, but its underlying moral — that denying a group’s rights is wrong — is universal.

This is why BDS compares the Israeli treatment of Palestinians to South African apartheid. From BDS’ perspective, both cases are characterized by the wrongful denial of one group’s rights by another.

Given that BDS is not bound by money, volunteers or resources generally, and is driven by a universal moral principle, it’s odd that BDS’ only target is Israel.

Globally, Christians are subjected to religious harassment in more countries than any other religious group. In the majority of cases, this harassment is directed by governments. Egypt, for instance, has some of the most religiously restrictive laws in the world. These laws openly discriminate against Christians, and the targeting of Christians often go unpunished in Egypt’s criminal justice system.

In Myanmar, the predominantly Buddhist government is carrying out genocide against its Rohinga Muslim minority as I write this article. In recent weeks, the military has also seized full control of the government, arrested opposition and slaughtered more than 160 innocent protestors, including three children.

Even if BDS genuinely believes Israeli settlements are a moral wrong that deny Palestinians their rights, there are plenty of other countries around the world engaging in equally heinous acts. It is fully possible for BDS to boycott products from, divest from investment in and advocate for sanctions on those countries at no additional cost. BDS even implies it would have done so to South Africa’s apartheid regime had the movement existed while the regime was in power.

Nevertheless, BDS today applies its moral standard to Israel alone, the only Jewish state in the world.

But BDS is not restricted by these constraints, and it is discriminatory to take a universal moral standard — that denying a group’s rights is wrong — and only hold Jews accountable to it. It is discriminatory for BDS to claim it stands against the sin of apartheid, but only take action when Jews are the alleged sinners.

If a white man and a Black man commit the same crime, but only the Black man is punished, we rightfully condemn the justice system as discriminatory. However, if Israel and Myanmar both commit moral crimes, but only Israel is punished, many seem determined to ignore the injustice.

I believe moral wrongs should be called out in every circumstance, no matter the group responsible. It is clear that BDS disagrees.

Jake Egelberg is a first-year biochemistry major. He can be reached at [email protected]