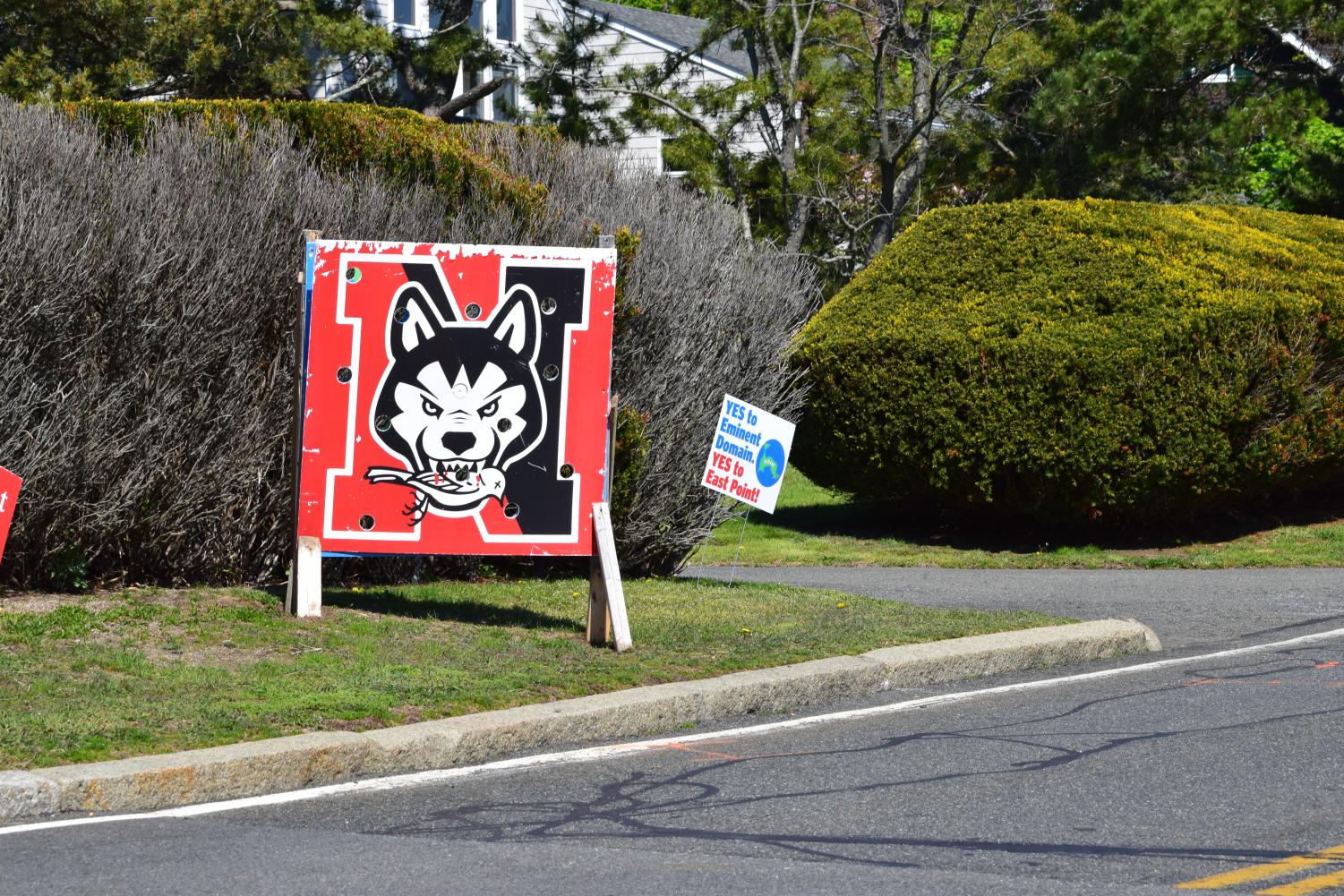 Residents of Nahant voted ‘yes’ to eminent domain on Saturday at the annual town meeting, a setback to Northeastern’s expansion plans for the Marine Science Center. (Mihiro Shimano)

Residents of Nahant voted ‘yes’ to eminent domain on Saturday at the annual town meeting, a setback to Northeastern’s expansion plans for the Marine Science Center.

Residents of Nahant, Massachusetts voted yes to eminent domain Saturday at the 2021 annual town meeting, authorizing the Board of Selectmen to utilize eminent domain as a tool in future negotiations with Northeastern regarding university development and expansion. The article passed with a 647-241 vote and cheers from the crowd.

Moderator David G. Conlin said more than 900 residents were in attendance at the town meeting, which was held outside due to COVID-19 safety protocols. Two articles on eminent domain, Article 21(v) and Article 22 related to Northeastern’s Marine Science Center, or MSC, were brought forth during the town meeting. The articles required the town to come to a two-thirds consensus before the articles could be passed.

Article 21 (v) requested authorization to borrow $1.5 million from Nahant’s Community Preservation Committee, or the CPC, to contribute to the fees to purchase the land in question as well as the associated legal and other fees. The town will be able to use those funds, along with the $3 million private donations from Nahant citizens, to fund their eminent domain cost, totaling $4.5 million.

The second article, Article 22, addressed the authorization of the Board of Selectmen to exercise eminent domain: the right of the government to take private land for public use. Although they will not take away the land from Northeastern, an easement of the land will be taken through Chapter 80A, in order to allow the Board of Selectmen to declare said land as a wildlife preserve and prevent Northeastern from expanding into that area. The vote, however, was only for the authorization, but still gives the town leverage in negotiations with Northeastern in the future.

This vote is a blow for Northeastern as the legal battle and negotiations continue.

“While today’s vote is a setback for environmental research and coastal communities everywhere, it is but one step in an ongoing process,” said Northeastern spokesperson Shannon Nargi in an email statement to The News. “The university will continue to review all of its options, as well as any ideas the Board of Selectmen can offer to reach a mutually agreeable solution. Combatting the environmental threats facing our planet should be everyone’s top priority.”

For over 50 years, the university has owned the land where the current MSC stands and the land where Northeastern was hoping to expand. Nahant had originally zoned the 20.4 acres of project site as a Natural Resource District, but the MSC was granted an exemption because of the Dover Amendment, a Massachusetts general law that exempts non-commercial agricultural, religious and educational corporations from zoning laws.

Since acquiring the then-military owned land in 1967 from the U.S. Department of Defense, Northeastern has built its MSC on East Point, an approximately 21-acre area on the eastern tip of Nahant. In 2018, Northeastern approached the Town of Nahant with an expansion plan, which included an expansion into East Point by building a 55,000 square feet building as well as multiple parking lots.

Upon the expansion plan’s introduction, residents of Nahant have voiced their opposition to the plan and clashed with the university. Opposing arguments include potential harm to the environment in East Point as well as the effect of a large-scale institution in the small town of Nahant.

“It’s important that it passed for Nahant and … it gives us leverage in those kinds of discussions [with Northeastern], so it’s helpful from our point of view, and we’re looking forward to having a public park,” said Joshua Antrim, one of the three selectmen of Nahant, after the vote.

Several offers have been made to the town of Nahant, including a $6 million community benefits proposal and the placement of a conservation restriction on approximately 90% of the property in East Point. Those opposed to the expansion have argued that the $6 million will not be enough if distributed over 40 years.

“This is a David and Goliath situation,” said Carl Jenkins, a resident of Nahant. “Whatever they give us, it’s the bare minimum, but it’s a giant institution. Tax increase will come from the expansion more than the university offering $6 million.”

Eminent domain entered the town’s ongoing conversation about the MSC expansion issue after a lawsuit was brought to Northeastern in 2019 by the Nahant Preservation Trust and 28 individual members in an effort to protect the environment. The town, which eventually joined the lawsuit, felt it had no leverage to fight the university in court.

“The way that the town believes that it can assert some leverage over NU, who has been non-responsive, is to initiate this eminent domain proceeding,” said Jeffrey Musman, a member of the Nahant Preservation Trust board and a Nahant resident of 40 years. 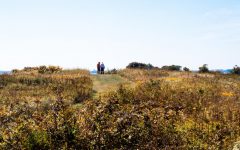 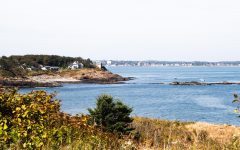 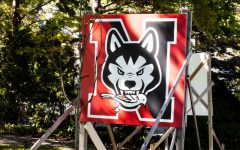 Selectman Mark Cullinan introduced Article 22, warning residents of the issues Northeastern’s proposed expansion would bring. At the town meeting, he also addressed some of the opposition he had heard with regards to eminent domain.

“The next click you make [on the clicker] will determine the future of Nahant. Choose wisely,” Cullinan said during the meeting.

Most individuals who made statements at the town meeting May 15 were in favor of eminent domain, echoing some of the same environmental and financial issues this expansion would bring to the town Cullinan addressed initially. However, several spoke out against the consequences of voting for eminent domain, worried about the prolonged court battles and inability to come to an agreement with Northeastern.

One individual said that voting for eminent domain would “open a pandora’s box,” which could be a financial disaster and risk.

Although Musman believes the majority of the town supports the use of eminent domain, there are still those, he said, who are concerned with the consequences such as a rise in taxes due to the funding that eminent domain would need. However, the board addressed this issue at the town meeting, assuring voters that eminent domain would be a much better financial option. With eminent domain, the cost to the average taxpayer is estimated at approximately $35 a year, according to the selectmen, who came up with a way to approach it without impacting anyone’s tax bill.

According to the report and recommendations of the Advisory and Finance Committee, the selectmen who believe eminent domain to be their last resort, introduced the eminent domain clause to the town after making several attempts to come to an agreement with Northeastern and providing mediation offers, including one as recent as Feb. 26.

“We are certainly willing to see what we can do to accommodate some expansion that’s consistent with the scale of Nahant that’s currently already developed. … We also think that Northeastern’s financial contribution to the town should be more fair,” Antrim said. “But it seems that Northeastern is not willing to stop until it is forced to stop.”

With the town’s authorization, the selectmen will be ready to use eminent domain as a tool for negotiation.

“What most of the town people think or want, including me, is for Northeastern to not develop on the land that is not developed,” Antrim said. “We’re asking, ‘can you please not develop this area, that over the past 50 plus years that Northeastern has owned, has regrown over the years.’”