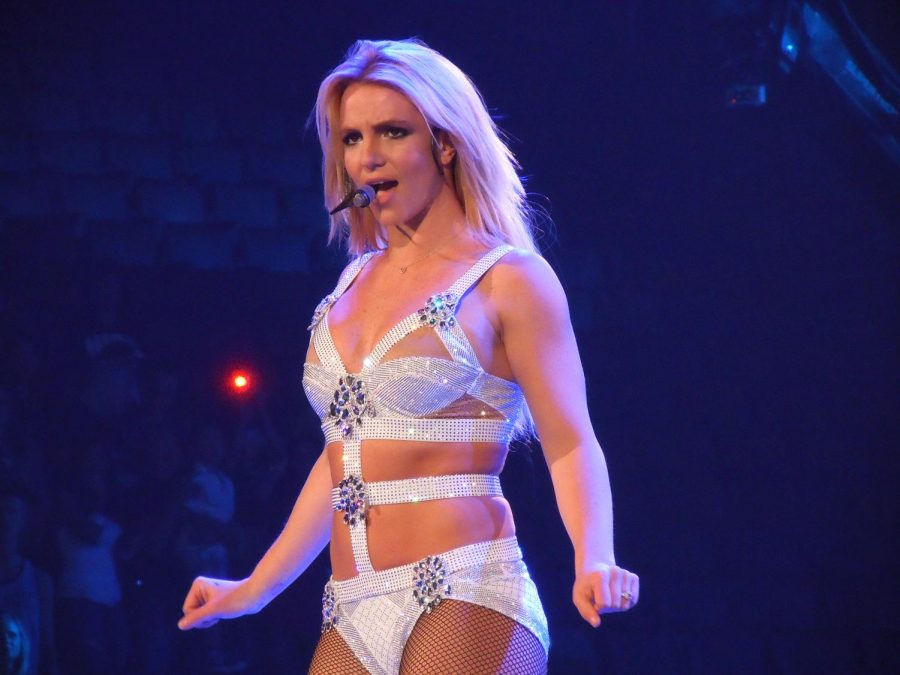 Britney Spears attempts to end her conservatorship in order to gain her freedom.

Conservatorships, or legal guardianships, are not a new thing in the world of celebrities. Famous actors and actresses, including Amanda Bynes, Brian Wilson, Joni Mitchell, Randy Meisner and other renowned figures in the entertainment industry are just a few that are under the intensely restrictive legal guardianship of another person or their team. These guardianships are nearly impossible for the individual placed under a conservatorship to escape. In turn, this system perpetuates the restrictive nature of conservatorships that traps many in a highly toxic situation.

Iconic pop star Britney Spears is also no exception to the tyranny of conservatorships. Since being previously known as America’s sweetheart in the late ‘90s, the media labeled her “crazy,” as Spears experienced both a long and tumultuous journey with fame. Due to this outside perspective given by the media, Spears seems like she would be a suitable candidate for a conservatorship. To this point, conservatorships can be good and beneficial if it is truly necessary for the well-being of the person involved, such as if the person is old or too impaired to take care of themselves. In Spears’ case, however, she does not fulfill either of these criteria. Thus, the effects of her conservatorship are exceedingly negative.

In an audio recording of Spears’ recent court hearing, Spears conveyed how the restrictiveness of this conservatorship impacted her so far.

With the new information that came to light, the extent and control of Spears’ conservatorship led her to be in a bad mental state, as she expressed in the court hearing. For one, she is forbidden to do normal things like have her boyfriend drive her in his car. In addition, Spears was put on lithium, a mood-stabilizer, by doctors while under the conservatorship. Spears claimed she was prescribed lithium by her therapist, felt drunk on the medication and was not able to hold a proper conversation with her parents. This is not only manipulative, but also is the complete antithesis of what conservatorships are supposed to be used for.

Her father, James Spears, requires her to attend therapy sessions twice a week, as well as see a psychiatrist. These are very emotionally taxing experiences that even Spears stated are too much for her. She was also forced to pay $60,000 per month from her own wallet to go to a rehabilitation center, where she was watched 24/7 with no door for privacy. This experience reportedly left the singer “traumatized.”

How would these actions be in the best interest of Spears’ financial and mental well-being? If anything, it would be more beneficial to Spears to finally have her own freedom as well as autonomy of her own body and health.

Hearing about Spears’ treatment seems horrifically unique to her, but this is sadly not the case. Specifically, Bynes voiced her complaints about the extreme and excessive control that her conservator, or mother, has on her life. This includes not being able to marry her boyfriend without her mother’s permission, as well as being forced to go to a treatment center that costs her $5,200 per month.

The constraints of this conservatorship are undeniably both detrimental and unnecessary for Spears. One public meltdown does not make Spears qualify for the criteria needed to be a proper candidate for a conservatorship. If anything, the recordings of Spears’ statement to the judge only confirms this notion of excessive harm and pain to her mental health. Given this, Spears should have never been put in the conservatorship.

It is uncertain what events will occur in the future, but Spears articulating her desire to put an end to this conservatorship to the judge is a major step in her continuing legal battle. Spears was denied the recent appeal to her conservatorship by the judge. Despite this, there may still be hope for Spears as Rep. Matt Gaetz issued a letter inviting the pop star to present her case to the United States Congress. She was also recently granted the right to choose her own attorney, which is a big step in her journey towards freedom.

Although this specific conservatorship case is centered around Spears, this issue is so much bigger than her. Many people are not aware of conservatorships, let alone the harsh realities of accompanying legal restrictions. We must make more of an effort to educate those about conservatorships, as there may be other people in the same situation as Spears who are not garnering the same amount of attention because they are not famous.

Their stories should not go unnoticed. Northeastern students should educate themselves on the topic of conservatorships, spread awareness to others and, if possible, donate to fundraisers that provide legal assistance to people being held against their will in conservatorships. It is the least we can do to help those in similar situations.

Alyssa Endres is a second-year political science and communication studies double major. She can be reached at [email protected]