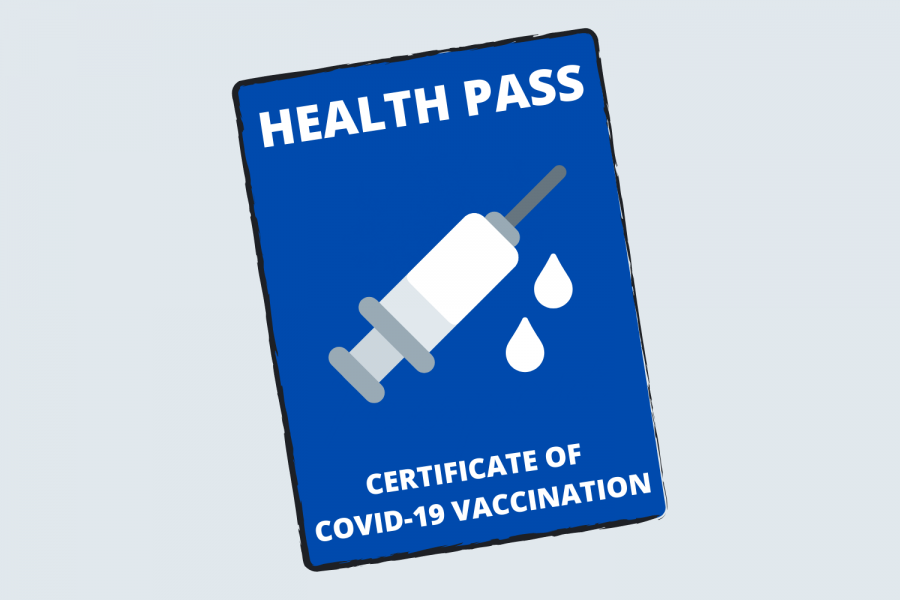 Boston needs to implement a vaccine passport to increase the city's vaccination rates and protect its residents.

The Delta variant continues to surge across the United States — and Boston may not be as immune as one might expect.

In Suffolk County, where Boston residents make up most of the population, average daily cases increased tenfold from July to now, while hospitalizations roughly quadrupled in the same time period. Even though both metrics currently remain well below their January peaks, multiple forecasts project that over 1,000 additional people in Massachusetts will die from COVID-19 by the end of the year if current trends continue.

Against this backdrop, the facts are clearer than ever: The best way to prevent such grim predictions from becoming reality is to get people vaccinated — fast. Though over 68% of Boston residents have received at least one shot, the highly contagious nature of the Delta variant means this percentage is not enough. As such, Boston’s Acting Mayor Kim Janey needs to reverse her opposition to vaccine passports and implement a vaccine passport mandate in Boston, similar to the ones announced by New York City, San Francisco and New Orleans earlier last month.

A vaccine passport is a colloquial term used to describe laws that require people to show proof of vaccination before entering public indoor spaces. If you aren’t vaccinated — or don’t have a medical or religious exemption — then you can’t enter. The three cities mentioned above join a growing list of locations around the world that made entry into indoor spaces contingent on vaccination status, such as France and Italy.

If we can learn anything from those two countries, it’s that vaccine passports are hugely successful in incentivizing unvaccinated people to get their shots. No one wants to be barred from accessing restaurants, gyms, public transportation and other indoor venues. Although people can submit a negative COVID-19 test in lieu of proof of vaccination, it is still understandably a large inconvenience to daily life. In the weeks following France’s announcement of the new regulations in early July, there was a significant spike in vaccinations, reviving the country’s slowing campaign. The same was true in Italy following the country’s announcement of similar rules in late July. It’s reasonable to expect this trend would repeat in Boston if the same regulations were announced.

The beauty of vaccine passports is that they lay on much more solid constitutional footing than an outright vaccine mandate. Technically speaking, people aren’t being forced to get vaccinated — they just can’t enter certain public spaces if they are unvaccinated. Libertarians might argue this is still unconstitutional, but those in the legal profession agree that states are well within their constitutional bounds to protect public health by implementing such rules. If one can’t prove they took the necessary steps to protect others from a dangerous virus that killed over four million people, then they can simply stay home and keep their personal liberties intact.

On the other hand, we need to be cognizant of how vaccine passports disproportionately affect people of color, as certain communities are less likely to be vaccinated. In Boston, vaccination rates in majority-minority communities lag behind predominantly white neighborhoods. Although I disagree with much of the language used in her initial statement opposing vaccine passports, Janey is right in saying we need to “make sure that we are not doing anything that would further create a barrier for residents of Boston or disproportionately impact BIPOC communities.”

Boston needs to expand access to vaccinations through various outreach efforts, such as establishing pop-up vaccination sites and engaging with trusted community leaders, to go alongside any implementation of a citywide vaccine passport. I don’t believe enacting a vaccine passport and continuing outreach efforts to people of color are mutually exclusive, contrary to what Janey implied. Boston can — and should — create a vaccine passport mandate while simultaneously investing more resources into vaccinating communities of color so they are not disproportionately denied from public spaces.

There is precedent for such a venture. To use France as an example again: In the racially diverse Parisian neighborhood of Seine-Saint-Denis, vaccination rates trailed the national average for months. Now, however, 71% of people in the area have received their first shot, which is over three percentage points higher than the national average. Community leaders attribute this increase to both the vaccine passport announcement and local outreach efforts. Boston could learn from Seine-Saint-Denis and other neighborhoods like it in charting a path forward toward protecting historically marginalized communities, which suffered most from the pandemic.

It goes without saying that increasing vaccination rates in Boston is of utmost importance, and it is clear implementing a citywide vaccine passport is one of the most effective ways of doing so. Northeastern students should contact Janey, who has wide discretion on creating any local pandemic-related regulations and push her to reverse her opposition to vaccine passports. You can also contact your local state representative, federal congressional representative or Boston City Council to put further pressure on the mayor. Our collective health and well-being, under attack yet again by COVID-19, depend on it.

Poon Singhatiraj is a third-year international affairs major with minors in political science and history and Deputy Opinion Editor of The News. He can be reached at [email protected]