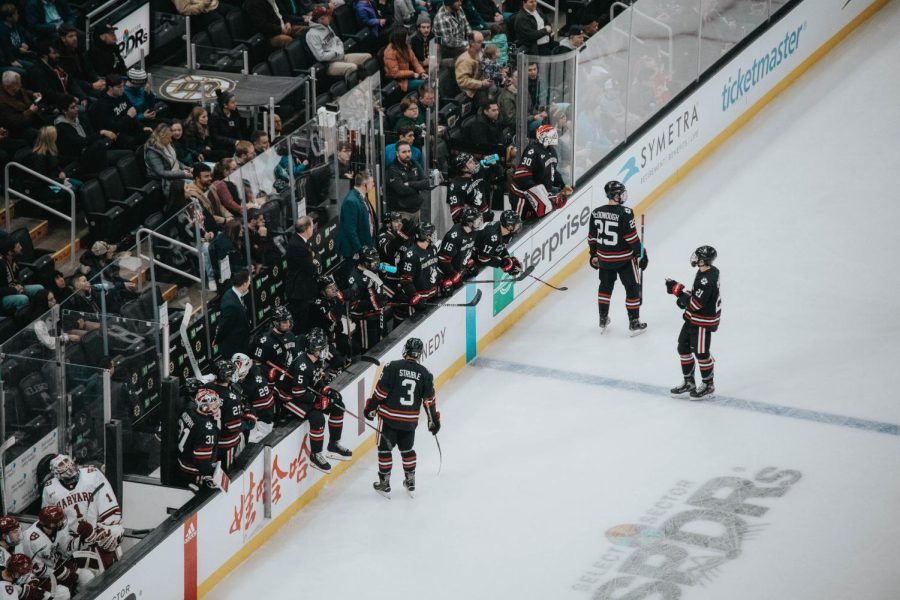 Keefe will take over as head coach after 10 years with Northeastern Men's Hockey.

After 10 years of rebuilding the Northeastern Men’s Ice Hockey team, Jerry Keefe is finally getting his big break.

With the recent promotion of Jim Madigan to athletic director, Keefe has been elevated, becoming the 11th person to be named Fernie Flaman Head Men’s Hockey Coach.

“This was my dream job,” Keefe said.

Keefe has been with the program for a decade and coached hockey for over 12 years. The years he has spent with Northeastern have all been under the direction of Madigan.

“[The promotion] was kind of a whirlwind, to be honest,” Keefe said. “It was something that we had talked about, so I was prepared for that one when he was moving off, and that was what I was hoping was going to happen. I’m definitely prepared for it and obviously grateful for the opportunity.”

A born and bred hockey player, Keefe has always had a passion for the sport, taken form in the years of experience he has as both an athlete and a coach.

“My dad was a huge hockey fan, so he put me on skates and I was probably three or four years old and just grew up with it as a big part of my childhood. I played high school hockey, and then I [played] junior hockey in Omaha, Nebraska, for the Omaha Lancers. I went on to play at Providence College for years, and then I played minor pro over here and in Europe,” Keefe said.

Madigan and Keefe have always been working to improve the team, but their focus has intensified over the last few seasons.

“There’s a few things that I do a little bit different [from Madigan], but we worked together for 10 years. So a lot of the things that we’ve done, myself and Coach Madigan worked together on. It wasn’t that I had to come in here and change a lot of things because I had already been part of the team,” Keefe said. “I think every coach is a little bit different, but for the most part, we’re doing the same things. We’ve had success here recently, so we’re building off of the things that we’ve done to have success.”

Jordan Harris, a senior business administration major, defensemen and captain of the team, noted some differences he’s seen in the coaching styles of Madigan and Keefe.

“There are two very different people right here. I mean, any coaching change, you’re going to see the personality differences. We’re pretty fortunate with Coach Keefe that he had his hands in everything last year and in the years prior, so it’s honestly been pretty seamless. He’s been great, he brings his own style and we’re making renovations,” Harris said.

A freshman in the Explore Program, forward Jack Hughes hasn’t experienced a coach at Northeastern other than Keefe.

“He was one of the main reasons why I wanted to come here in the first place, even as assistant coach, and I think he’s done a great job so far,” Hughes said.

Keefe said that in order to meet the goals they’ve set for this season, the players are going to have to improve on every aspect of their game.

“There’s not one area that I feel good about where we are. We’ve got to continue to get better in every area of the ice, to be honest. But it’s really just trusting each other, getting more familiar and playing on their instincts,” Keefe said.

In the long term, Keefe’s outlook is to promote sustained success within the men’s ice hockey program, and is striving toward an eventual national championship. Keefe hopes this season will live up to the expectations of himself and his team.

“We have high expectations here this year, we really do. We’ve got great talent, great kids, great leadership. I think we’ve got a really deep group of players and we have tremendous goals — our goal is to win a hockey championship to get to the NCAA tournament, and advance,” Keefe said.