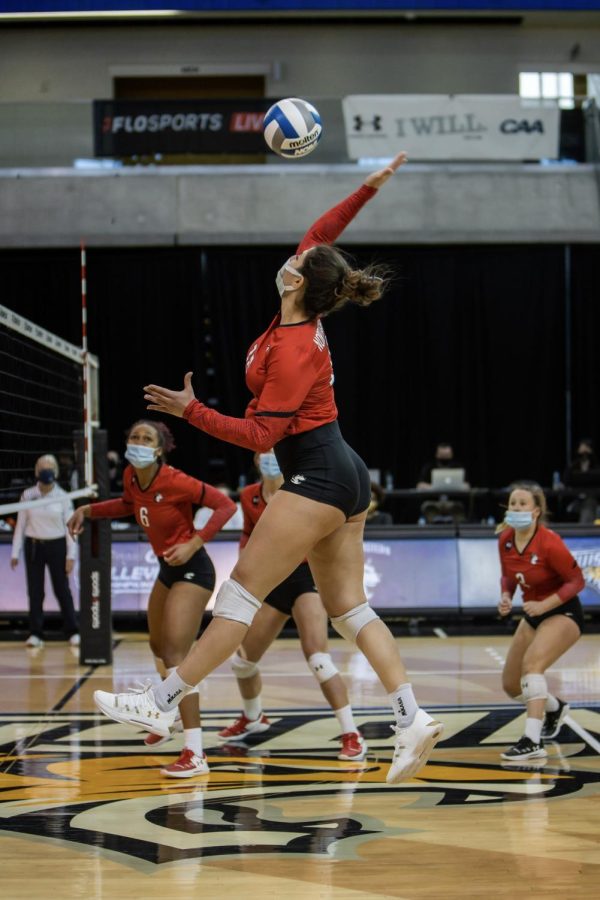 Northeastern volleyball will take on James Madison on Oct. 30.

Northeastern University women’s volleyball (11-9, 7-3 CAA) took on Elon University (13-9, 8-4 CAA) for the first time this season Oct. 23 and 24 at the Cabot Center. The victory over Elon in both games sent NU into a three-game winning streak after a season filled with constant ups and downs.

Subsequently, the streak continued on Oct. 23 in an intense game between the Huskies and the Elon Phoenix. The game consisted of five sets, instead of the typical three, ending with a NU win of 3-2. Each set contained a constant back and forth of the scores and extreme concentration and persistence from both sides of the net.

After the remarkable win the previous day, NU swept all three sets Oct. 24 winning the first two sets 25-21 and the third set 25-18.

Elon has been at the top of the CAA this entire season and has not lost since Oct. 9 against James Madison University (13-5, 7-3 CAA). Until this past weekend, Elon was on a three-game winning streak, consisting of three sweeps.

With the season coming to a close in less than a month, the Huskies remain in good CAA standings for the CAA Championships occurring on Nov. 18 through Nov. 21. With a current conference win-loss of 7-3 and overall season win-loss of 11-9, the Huskies just made the tournament cut line — coming in fourth after Elon, James Madison and Towson University (19-3, 7-3 CAA).

The team will face off against James Madison University Oct. 30 in Harrisburg, Virginia.