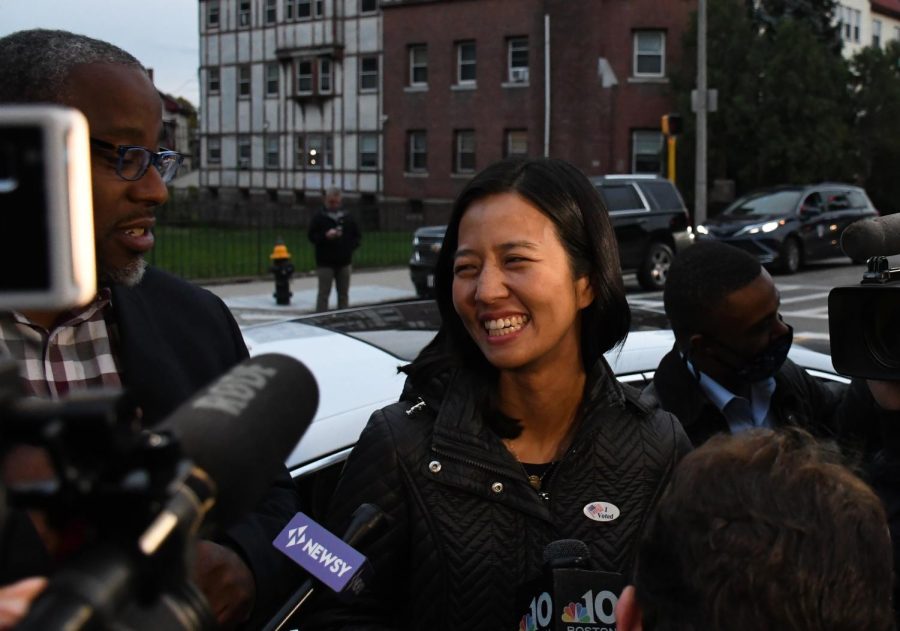 Michelle Wu became the first Asian American, the first woman, and the first person of color to be elected mayor in Boston.

In her victory speech, Wu drew attention to the weight of the moment for the city, which has only elected white men to the position.

“One of my sons asked me the other night if boys can be elected mayor of Boston,” Wu said. “They have been, and they will again some day, but not tonight. On this day, Boston elected your mom because from every corner of our city, Boston has spoken.”

Wu was ahead by a hefty margin when Essaibi George conceded the race only a few hours after polls closed. The final count had Wu with 64.2% of the 142,118 votes, to Essiabi George’s 35.8%. Essaibi George congratulated Wu in a speech at her own party, acknowledging the weight of Wu’s election.

“She is the first woman, first person of color and, as an Asian American, the first elected to be mayor of Boston. I know this is no small feat,” Essaibi George said.

Wu continued the calls for bold change she made during her campaign.

Wu will take the reins from acting Mayor Kim Janey, who filled the role after former Mayor Marty Walsh left to serve as labor secretary in the Biden administration. Janey endorsed Wu after losing to her and Essaibi George in the preliminary election in September.