Op-ed: The MBTA has gone off the rails 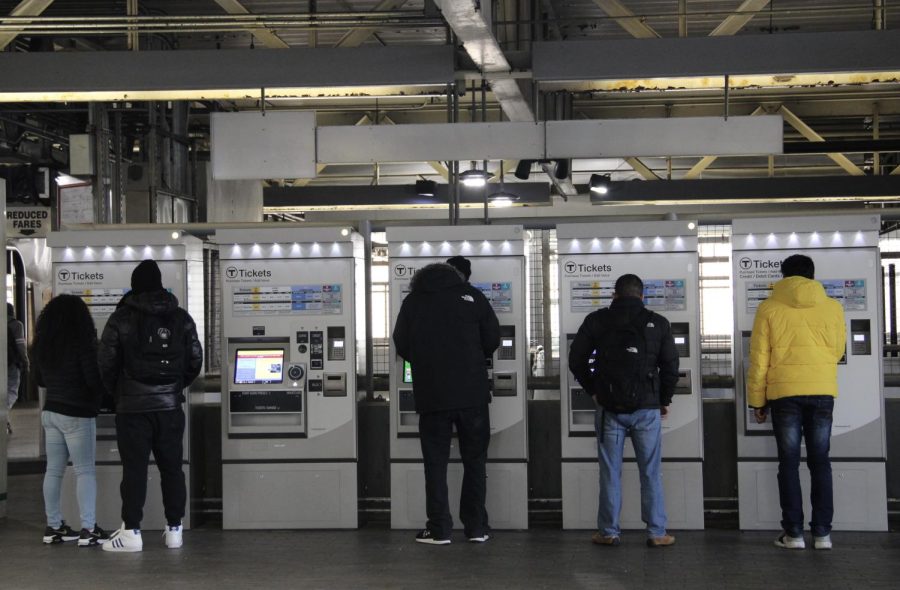 Over the past few months, Boston’s public transportation system has been going off the rails. The series of events that took place on public transportation and at local stations around the city sound like a dystopian reality: passengers being mauled by an escalator stuck in reverse, trolleys crashing into one another due to speeding drivers, a Boston University professor dying after falling through a rusty set of stairs and a sleeping woman being sexually assaulted multiple times.

So, what can Governor Charlie Baker do to get the public transportation system back on track?

First, Baker needs to hold the Massachusetts Bay Transportation Authority, or MBTA, Board of Directors accountable. In 2021, this group officially replaced the Fiscal and Management Control Board, which had been active since 2015 and was responsible for addressing a “lack of long-term vision and strategy, customer focus and accountability to the Government and Legislature,” among other things.

In October, Baker filled the brand new board with a total of seven members, five of whom Baker selected weeks after his initial promised deadline.

At the beginning of his first term as governor, Baker brought together a panel of experts to discuss issues with the MBTA system. These same professionals were asked to report back with recommendations on how to improve Boston’s public transportation system. The former Director of the Boston Redevelopment Authority, Paul Barrett, led the commission in 2015. The board was rounded out by past leaders of transportation organizations such as the Federal Aviation Administration and the New York City Transit Authority; local experts from MassPort and the mayor’s office; and university faculty from Harvard and Northeastern.

However, Baker has not held a panel of this nature since the initial one. If he wants to improve the safety of the MBTA system, he must double back to his original strategy: recruiting outside sources to supplement those permanently heading the MBTA. Increasing the variety of expert perspectives is necessary if Baker wants to see true improvement of local public transportation. This is especially relevant in light of the recent 3% budget increase passed unanimously by the MBTA board; the allocation of the budget will be a make-or-break moment for the issues with Boston’s public transportation systems.

Second, Baker must become a public transportation expert himself — or at least get familiar with something he’s supposed to help run. Since his election in 2015, locals have taken to social media to poke fun at his hesitancy to take the T.

Some progressive leaders, like recently elected Mayor Michelle Wu, make the most of Boston’s public transportation options. Not only does the T prove the “fastest way” to travel around the city, according to Wu, she calls riding it “a chance also to understand how the T itself is working.”

So, as funny as it is to imagine Baker’s 6’ 6” frame wedged into a barely-big-enough trolley seat, the action is essential for inciting change.

Baker will never be completely able to understand the faults of the public transportation in Boston until he tries to scan his ticket and the reader tells him to “see attendant,” waits 18 minutes for a train that was supposed to be there in four, sits in an unidentifiable liquid on an orange line seat or tries to dodge flying pigeons at Ruggles station. In other words, Charlie Baker needs to purchase (or start making use of) his own Charlie card.

As Northeastern students, we have a metaphorical front seat to the trials and tribulations of the T system (and a trolley stop named after NU!). To call Baker’s attention to the lack of safety precautions being enforced and followed within the MBTA system, write him a quick note.

Greta Magendantz is a first-year journalism and political science combined major. She can be reached at [email protected]