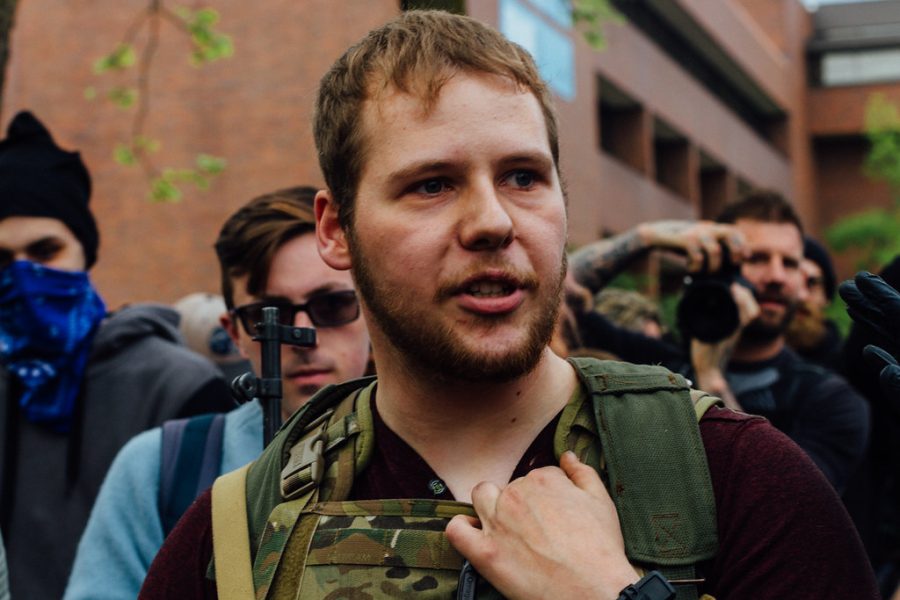 The threat of white vigilante violence is fueled by lack of legal repercussions.

Last November, Kyle Rittenhouse was found not guilty on charges of intentional and reckless homicide, as well as reckless endangerment, but the consequences of his acquittal extend far past the three people he harmed. In the wake of protests surrounding police killings, the verdict enables white vigilantes to bring supposed “justice” to demonstrations while avoiding jail time.

White vigilantism is central in American history. Before Rittenhouse, self-appointed night watchman George Zimmerman shot and killed unarmed Trayvon Martin in 2012 and was also acquitted on the account of acting in self-defense. The American right rose to Zimmerman’s defense, exemplified when conservative radio personality Rush Limbaugh said, “He wanted to protect his neighborhood and he just got a little overzealous.”

More than individual vigilantes, the Reconstruction Era (1865-1877) contained a rash of white vigilantism manifesting in the mass lynchings of African Americans. In acts of organized terror, white lynch mobs in the South persecuted and killed African Americans, often as a reaction to supposed crimes. The Tulsa Race Massacre, the largest in American history, began when a white mob surrounded a courthouse where Dick Rowland, a Black man accused of assaulting a white woman, was being held.

In 2020, the threat of white vigilante violence remains.

Before protestors took to the streets in Kenosha, Wisconsin in August 2020 after the police shooting of Jacob Blake, a Facebook page called “Kenosha Guard — Armed Citizens to Protect our Lives and Property” issued a call to action: “Any patriots willing to take up arms and defend our City tonight from the evil thugs?” The page’s creator Kevin Mathewson posted the day of the shootings.

Rittenhouse may not have been inspired by Mathewson’s page specifically, but Mathewson stated that around 1,000 people had committed to the “call to arms” Facebook event. That’s around 1,000 people promising to arm themselves and roam the streets of Kenosha, echoing Rittenhouse’s intent to protect Kenosha by any means necessary.

The only people who died in Kenosha during the protest were Joseph Rosenbaum and Anthony Huber who were both fatally shot by Rittenhouse. Despite the lack of other killings, many members of the Facebook militia group seemed to harbor murderous intent.

“Counter protest? Nah, I fully plan to kill looters and rioters tonight,” one of the page’s members commented. “I have my suppressor on my AR, these fools won’t even know what hit them.”

The militia group presented enough of a threat that Facebook promised to remove it.

Rittenhouse testified that he traveled to Kenosha to protect businesses and administer first aid. An automatic weapon is necessary to provide these services. Rather than defending property like Mathewson claimed on Facebook, these white vigilantes were looking for violence. With the high-profile Rittenhouse case enabling these wannabe police officers to act violently without impudence, it’s only a matter of time before more protestors are killed.

In Wisconsin, self-defense laws are shaky. While the law states that people “may intentionally use force which is intended or likely to cause death or great bodily harm only if the defendant reasonably believed that the force used was necessary to prevent imminent death or great bodily harm,” that reasonable belief is later contradicted in the law.

“A person who engages in unlawful conduct of a type likely to provoke others to attack, and who does provoke an attack, is not allowed to use or threaten force in self-defense against that attack,” states Wisconsin law. However, the law also states that “the reasonableness of the defendant’s beliefs must be determined from the standpoint of the defendant at the time of the defendant’s acts.”

This contradiction ultimately helped acquit Rittenhouse, who claimed to feel threatened at the moment. Because of this, it didn’t matter if he provoked a conflict by bringing an assault-style rifle to a protest — prosecution can’t disprove his feelings.

The jury also couldn’t truly know the feelings of Rosenbaum and Huber, who were shot and killed by Rittenhouse. Only Gaige Grosskreutz, the third victim and only survivor, could speak to how he acted in self-defense to what he saw as an active shooter.

“I was never trying to kill the defendant,” Grosskreutz said. “In that moment, I was trying to preserve my own life.”

On video, Grozzkreutz stopped in front of Rittenhouse, seen raising his hands in the air. Grosskreutz testified that Rittenhouse then reloaded his rifle after he had surrendered.

When someone can shoot another person who clearly surrendered on video and was still acquitted, it’s clear that self-defense laws are not meant to serve those truly in danger. If anything, these laws protect vigilantes that provoke conflict before turning it deadly.

When Zimmerman followed and shot 17-year-old Martin in 2012 despite being told by a dispatcher not to, the trial was a precursor to Rittenhouse’s in its shaky self-defense justification. Despite instruction to avoid contact with Martin, inconsistencies between testifiers, anomalies in Zimmerman’s wounds and Zimmerman calling Martin a “f***ing punk” before killing him, the prosecution could not prove that Zimmerman didn’t feel endangered.

Florida’s “Stand Your Ground” law, which eliminates the duty to retreat before employing deadly force present in most self-defense laws, comes to mind. Wisconsin does not have this law, but the 25 states that do essentially grant vigilantes the permission to kill. Following Rittenhouse’s verdict, these vigilantes can now provoke a deadly conflict with impunity.

Florida Rep. Matt Gaetz introduced the “National Stand Your Ground Act” last Monday, aiming to spread these laws across the United States. Gaetz cited Rittenhouse by name in a press release, signaling to any possible future Rittenhouses that provoking a conflict and firing without the duty to retreat is acceptable if the act passes.

Victims of “justifiable homicides” in the United States are predominantly African American. The outcome of the verdict is going to lead to more vigilante killings by white shooters playing cops. Without the veil of legal repercussions and white vigilantes on the prowl at protests, the body count will only rise.

Erin Fine is a second-year journalism and communication studies major. She can be reached at [email protected].