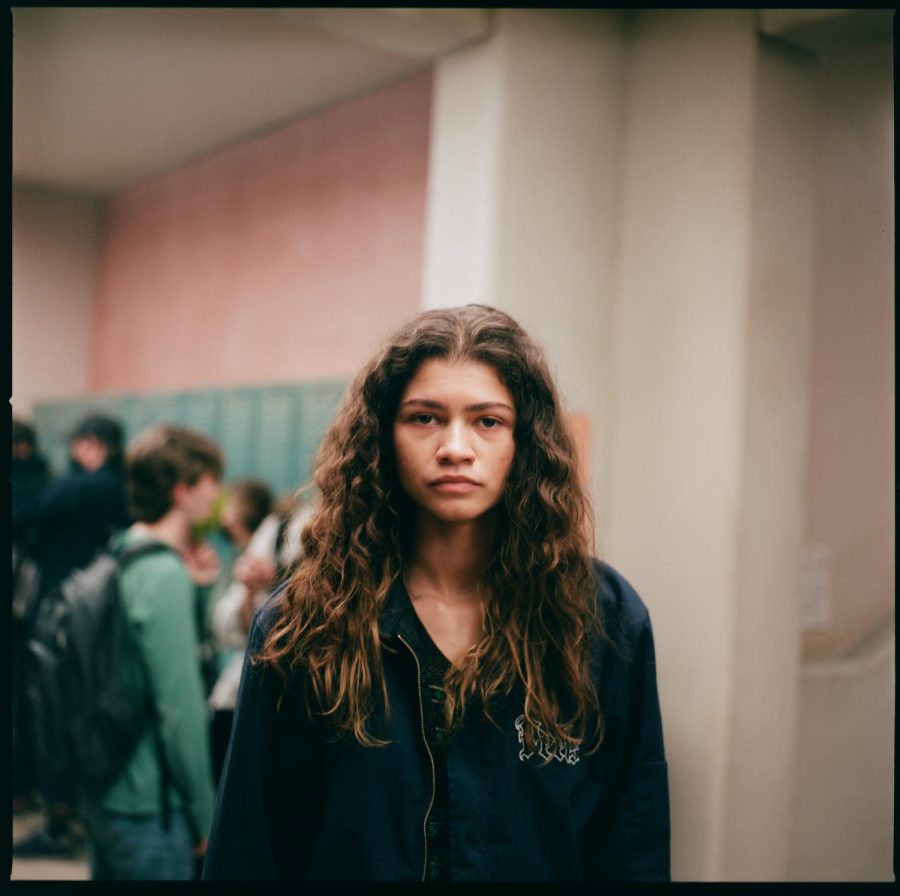 It’s no secret that “Euphoria” has taken the world by storm. Courtesy of HBO Max. © and ᵀᴹ 2022. Warner Media, LLC. All Rights Reserved.

The popular HBO Max television series “Euphoria” is a glittery masterpiece that follows a group of high school students navigating drugs, sex and relationships in a world forcing them to grow up too fast. It’s no secret that “Euphoria” has taken the world by storm. Viewers experience the turbulent emotional rollercoaster of “Euphoria” every Sunday night, which always leaves audiences waiting for more. On Jan. 9, the show’s second season premiered, appeasing fans who have been anxiously awaiting the show’s return since the end of its first season in August 2019.

Can’t get enough of the drama-infused series? Here are shows that embody the same highs, lows, heartbreaks, pain, love and horror as “Euphoria,” all focusing on the complex lives of teenagers. Viewers can find more TV show recommendations in The News’ “Media Matchmaker” podcast.

“Skins” walked so “Euphoria” could run. The U.K. hit show is a captivating portrayal of British high schoolers dealing with substance abuse, eating disorders, sexuality, betrayal, infidelity, grief and heartbreak. The show, which features three generations over a span of six seasons, focuses each episode on one individual’s storyline. “Skins” is a hub of talent, with a star-studded cast including Nicholas Hoult as the manipulative player Tony, Dev Patel as sexually curious Anwar, Kaya Scodelario as the mysterious Effy and Daniel Kaluuya as lovable hip-hop enthusiast Posh. As with “Euphoria,” “Skins” is a raw portrayal of teens making questionable decisions as viewers hope they learn and grow from them. “Skins” is streaming on Hulu.

The story of “Genera+ion” follows a group of teenagers as they face love, life and the trials and tribulations that come with being in high school. The show begins with the main protagonist Chester Morris, whose extroverted demeanor masks his deep insecurities and desire to be loved. The viewer follows various characters as they explore their sexualities when it seems like their conservative town — and the world – is constantly against them. In this well-written show, the characters find joy and growth in the midst of feeling lost in their journey of self-discovery. “Genera+ion” is streaming on HBO Max.

This intense series follows the nuanced lives of students at Grand Army High School in Brooklyn, New York, as they grapple with the harsh realities of racism, rape culture, violence, terrorism and homophobia. Viewers feel connected to the characters as their lives unfold, stinging with the growing pains of living in an unkind world. The show focuses on finding the strength to keep going even when it seems like the world is turned against you. “Grand Army” is streaming on Netflix.

What happens when three loving, yet notorious shoplifters come together? “Trinkets” explores the complex lives of Elody, Moe and Tabitha as they come together in unexpected circumstances. Elody is grief-stricken, Moe bears a tough demeanor yet has a warm heart and Tabitha proves that appearances can be deceiving. Similar to “Euphoria”, the main characters find themselves carrying the weight of the world on their shoulders. This show follows three girls as they form a formidable sisterhood. Watch the girls empower one another in the face of an abusive relationship, betrayal and family issues. This show is a glistening reminder to never underestimate the strength of women as they come together and stand up for what’s right. “Trinkets” is streaming on Netflix.

“Degrassi: The Next Generation” is a genre-defining series that addresses the many intense hardships teenagers may face. Throughout a whopping 14 seasons, the show takes on difficult topics that range from child abuse to sexual violence, mental illness, substance abuse, homophobia, transphobia and gun violence. A precursor to “Euphoria,” the series showcases drastic character growth, a true testament to how one can learn and grow from their mistakes. Like “Euphoria,” viewers of this show feel the raw emotions of growing up, especially when it feels like no one can relate. “Degrassi: The Next Generation” is streaming on YouTube.

These six shows have one underlying theme: the depiction of the human experience from the teenager’s perspective. Shows similar to “Euphoria” are the perfect way to escape the stress of school, work or daily tasks and reminisce on the formative, dramatic and addictingly captivating years of youth.

For more Euphoria based recommendations check out our most recent episode of Media Matchmaker hosted by Hannah Rosman.