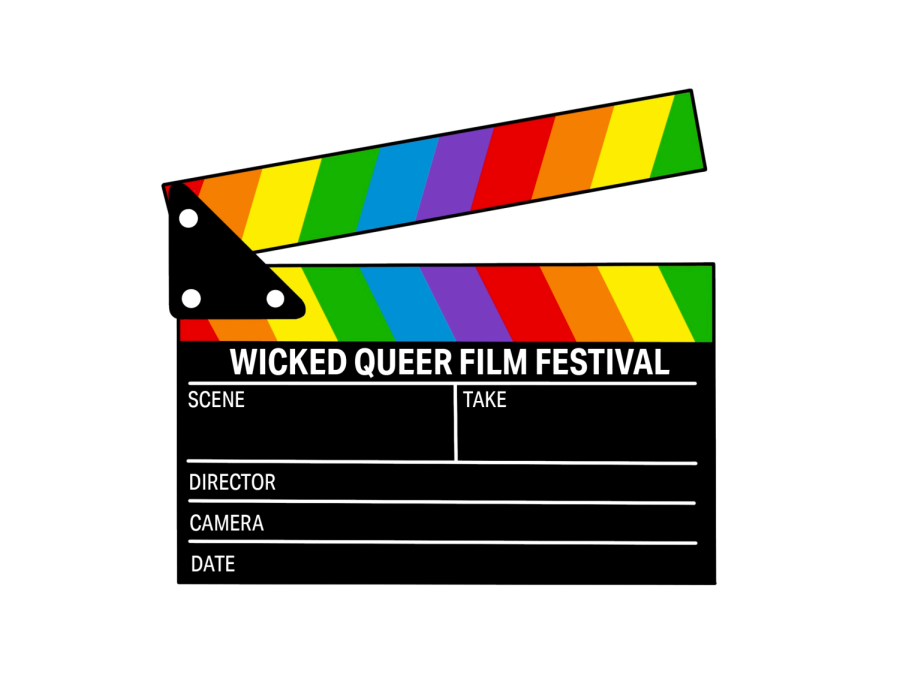 The Wicked Queer Film Festival ran April 7 to April 17 online and in theatres around Boston. The festival aims to uplift LGBTQ+ stories and filmmakers.

Now, 38 years later, the Wicked Queer Film Festival runs for two weeks every spring, showcasing the work of up-and-coming queer filmmakers at local theatres and creating a space for historically underrepresented groups to see themselves onscreen.

This year, the festival ran April 7 to April 17, featuring both in-person and online screenings in order to increase accessibility. The past two years the festival was entirely online because of COVID-19 concerns.

“I was so ecstatic to see folks coming out and supporting in person,” said Shawn Cotter, executive director of Wicked Queer, the morning after the festival’s premiere April 7. “I had not been on a stage to introduce a film since 2019. It was kind of overwhelming and kind of magical too, to see the support of the community coming out for queer storytelling.”

Wicked Queer is partnered with the Boston Asian American Film Festival, the Boston Latino International Film Festival, the Massachusetts Transgender Political Coalition, the North American Indian Center of Boston, the Queer Muslims of Boston and many other community-based organizations in order to ensure that queer people of all ethnic, religious and gender identities are featured in the festival.

“I feel like with a lot of mainstream films, there’s not really as much sincere representation,” Hui said. “I think it’s really great that [Wicked Queer] is a curated-by-us-for-us situation.”

Maya Coutracos, who works in technology, had a more sardonic perspective and pointed out the shortcomings in more mainstream filmmaking. They noted that Hollywood often rejects narratives that center on queer characters, which is why it falls to queer filmmakers to do the job themselves.

“Honestly, I respect any movie that was made out of spite,” Coutracos said.

It’s true that although diversity in mainstream films has improved in recent years, independent films are a far more diverse well to draw from. GLAAD reported that 22.7% of films released by major studios in 2020 contained LGBTQ+ characters. There were 20 LGBTQ+ characters total — 40% of them were people of color and none were transgender or genderqueer.

Wicked Queer comes at a time when anti-LGBTQ+ legislation is rampant. Florida’s “Don’t Say Gay” bill threatens to spread to other states, and anti-trans bills restricting the rights of transgender athletes are popping up all over the country.

Walt Disney Studios, a colossus in entertainment, recently got into hot water with the public for being slow to condemn the “Don’t Say Gay” bill after a sizable donation to Florida Republicans behind the bill. Disney has 13 officially recognized gay characters, more than half of whom are unnamed background characters.

Greater representation has long been a goal for the LGBTQ+ community, but this year, the timing of the festival could not be more opportune. In light of all the legislation and hateful rhetoric threatening queer people, Wicked Queer was determined to make sure no voice went unheard. Five-second cameos in major blockbusters aren’t going to cut it — there’s no substitute for stories directly from the queer community.

“We don’t need to be begging for crumbs,” Cotter said. “There are so many queer filmmakers that are telling our stories and telling them better than anybody else could.”

Wicked Queer’s programming this year ranged from a queer two-spirit epic of an indigenous boy reconnecting with his heritage in a journey across Canada to a true retelling of a study at the University of California Los Angeles during the 1960s that redefined gender with the help of a diverse group of transgender youth. Wicked Queer endeavors to let everyone have a turn onscreen.