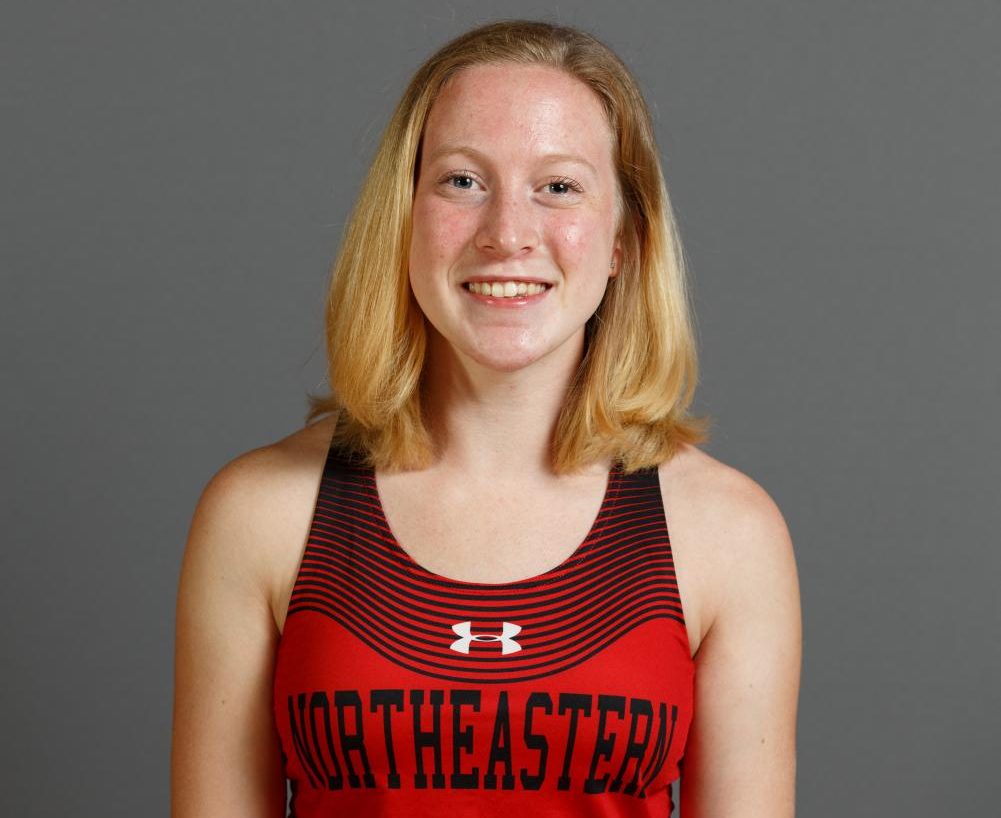 Sophomore Madison Neuner saw many successes in her first year as a Husky. Now, she’s ready for any challenges that come her way. (Photo courtesy Northeastern Athletics)

Sophomore Madison Neuner saw many successes in her first year as a Husky. Now, she’s ready for any challenges that come her way.

At the 2019 Nassaney Invitational, the first meet of the women’s cross country season, Madison Neuner finished first among attached collegiate runners and fourth overall with a 5K time of 18:14.1 as a freshman. Now a sophomore, Neuner is no stranger to challenges. From dealing with injuries to adjusting to practices during COVID-19, Neuner has proven her ability to overcome adversity.

Growing up a triplet, Neuner has been surrounded by athletes her entire life. Her sister, Emily, runs cross country and track and field at American University, while her other sister, Jessica, competes on the crew team at Ithaca College.

It wasn’t always clear that Neuner was going to be a cross country runner. In middle school, she joined track and field as a hurdler.

Knowing nothing about cross country, Neuner agreed to join the team in her sophomore year of high school and fell in love with the sport immediately.

Despite not knowing what to expect as a cross country and track and field runner for Northeastern, Neuner experienced many successes throughout her first year as a Husky.

After a good race, Neuner thinks back to what she did the day before and tries to repeat them for her next race. She drank SmartWater the day before her first couple of races as a Husky, having done well in a high school race after drinking some. While she abandoned that ritual after not seeing consistent results, there is one ritual she sticks to for every race.

“The night before a race I’ll [turn] on … the race-day playlist that my sister [Emily] made –– in high school, we ran together. And I will lay on my bed with my Beats on so I can’t hear anything but the race-day playlist, I’ll just lay flat on my bed. And I’ll visualize my best races,” Neuner said. “It’ll be 20 minutes … of me just laying on my bed completely in my own bubble, just thinking about the most memorable, most fun, biggest races and best races that I remember having, so that I can prepare myself to have another good memory that I can maybe visualize in the future.”

Still, Neuner’s first season wasn’t without its challenges. Two days after the Nassaney Invitational, she sustained a concussion. After being cleared a few weeks later, Neuner stretched her patellar tendon after tripping on a pothole.

“I ran through it for seven months because it wasn’t damaged, exactly, it was just very, very uncomfortable,” Neuner said. “I’m glad I did because I got a lot of other fun memories from running cross country with the team.”

Neuner is no stranger to dealing with injuries. Aside from her two injuries as a Husky, she’s been injured four other times throughout her four-year running career.

“The more I just kept getting injured, I started handling it better,” Neuner said. “Because I was like, ‘Okay, you know, I’ve gone through this before. And running is super important. And I want to be able to get back.’ So I was able to work through it better than the first time.”

“She came in fit and conditioned well for the season. And then from that we had a few other meets like the Battle in Beantown,” Murray said. “That was certainly a great learning experience for her because, you know, at a meet like that you’re competing against some of the top of the nation.”

Neuner and her teammates were forced to adapt to training during a pandemic. Until the end of September, they never even saw their coaches for practice. Now, a typical practice starts with a long run in small groups, followed by a workout on a track in Fenway.

However, since the pandemic, the men’s and women’s cross country teams can no longer train together.

“The big thing that makes the cross country team special, in my opinion, is that the men and women actually train together. We’re seen as one singular team,” Neuner said. “There’s a bit of a disconnect right now, but we’re doing the best we can. Honestly, we’re just grateful to be together right now.”

Outside of running cross country, Neuner is a writer and photographer for the Red and Black, Northeastern’s student-run athletic magazine, and serves as their student athlete liaison. She is also a content creator for Voice in Sport, a sports advocacy platform that aims to support female athletes.

This past spring, she declared a double major in journalism and communication studies after coming to Northeastern as part of the Explore Program.

As she looks forward to the upcoming track and field season, Neuner is ready for any challenge that comes her way.

“I think working through adversity is really important. And that’s something that’s really defined my running career,” Neuner said. “It’s made me realize how lucky I am to be an athlete and a runner.”