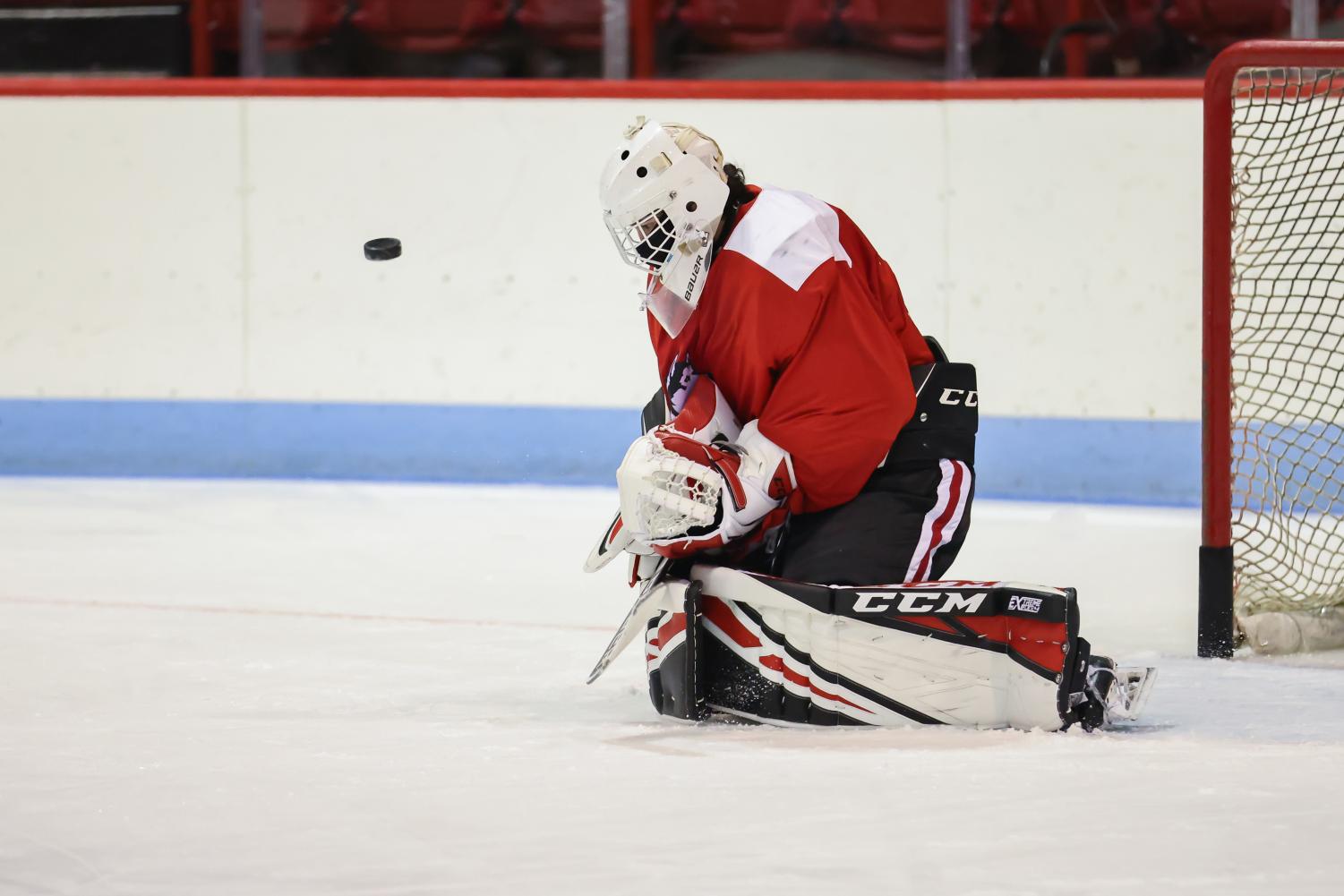 Goaltender Devon Levi proved his worth at the 2020 IIHF World Juniors and has since returned to the Huskies. (Photo Courtesy Jim Pierce, Northeastern Athletics)

Goaltender Devon Levi proved his worth at the 2020 IIHF World Juniors and has since returned to the Huskies.

‘Married to the game’: Northeastern goaltender Devon Levi’s rise to fame at the 2020 World Junior Championship

Northeastern men’s hockey team freshman goaltender Devon Levi wasn’t projected to be Team Canada’s starting netminder at the 2020 IIHF World Junior Championship. But when he got the call, he couldn’t deny the opportunity and led Canada to a silver medal.

“It’s been a dream of mine since I was able to walk to play in this tournament,” Levi said. “To be able to go there and have an experience like that is a dream come true. It’ll be an experience I’ll be able to look back on for the rest of my life.”

Before the tournament began, Levi was rather unknown. But after his performance for Team Canada, he became a household name, particularly north of the border. Despite the odds being stacked against him, the young netminder entered the tournament with the right mindset.

“I was just thinking about playing well and getting better and just practicing hard, doing what I can to control the controllables,” Levi said. “Things kind of fell into place from there. I started playing well, which was what I was focusing on, and when I took care of that, everything else took care of itself and I think the ball rolled well.”

During the tournament, Levi pulled a 2013 Patrice Bergeron, playing through a fractured rib, which he suffered during Canada’s first game against Germany. Even though he was injured, the Dollard-des-Ormeaux native broke Carey Price’s tournament record with a .964 save percentage and recorded three shutouts, tying the World Juniors record.

“I mean, it’s definitely cool, but it’s not something I wrap my head around a lot or get too caught up in,” Levi said of setting new World Juniors records. “I’m just focusing on getting better every day and playing the game that I love. I wasn’t playing to break any records or for my numbers. I was playing for my teammates. I was playing for our team. I was playing for the country. So that’s really what I took out of it. My time representing the country was more valuable than these little details. But it is still pretty cool.”

In normal circumstances, fans would have packed Rogers Place in Edmonton, Alberta, but COVID-19 caused the tournament to be played behind closed doors. Levi admitted he felt a special bond with the country despite having no spectators in attendance.

“I’m super grateful that I was able to go and it was a great time even without fans,” Levi said. “It would have been a bit different in the rink, but it was an awesome experience and I felt super connected to the country. I know everyone was watching online.”

Levi’s rise to the top of the World Junior ranks was slow but steady. The 19 year old played youth hockey for the Lac St-Louis Lions of the Quebec Midget AAA Hockey League and had an experience unlike many other players his age.

While playing for the Lions, Levi spent his summers training with several NHL players, including Stanley Cup champion Alex Killorn, who plays for the Tampa Bay Lightning.

While it certainly was a challenge, Levi said that training with those players at a young age was a once-in-a-lifetime opportunity that helped his overall development.

Levi has yet to suit up for the Huskies this season as he continues to recover from the fractured rib, but the World Juniors experience has prepared him for a standout career in college hockey.

“I feel like I’m a better goalie than I was when I got there,” Levi said. “I worked with [goaltending coach] Jason LaBarbera and we were able to tune up some things in my game that I feel really good about now and he was a great goalie coach. I think I learned a lot about myself and about the game at that tournament. I’m excited to play college hockey and take what I learned from the tournament and apply it to my game.”

NU fans can expect the utmost dedication from Levi. His Carleton Place Canadians coach Jason Clarke said in an interview with CBC’s Donna Spencer that his constant investment in himself helped the young netminder build a relationship to the game like none other.

“I just focus on what I have to do and I don’t get tied up in the uncontrollables,” Levi said. “I just know my job is to stop the puck and I do everything I can to stop it. I think giving myself to the game is sort of the marriage that he’s talking about. Married to the game almost. I love to do it and I love playing so it’s sort of easy for me to give myself and to work hard.”

It’s unclear when Levi will return to the ice and suit up for the Huskies, but he wants NU fans to know he’s going to do everything in his power to bring home an NCAA title.

“I’m a guy that’s going to give my heart and soul to the team. I’m going to do everything I can to win and give my teammates the best chance at winning and hopefully being able to be a piece of the puzzle and hopefully winning a championship,” Levi said.