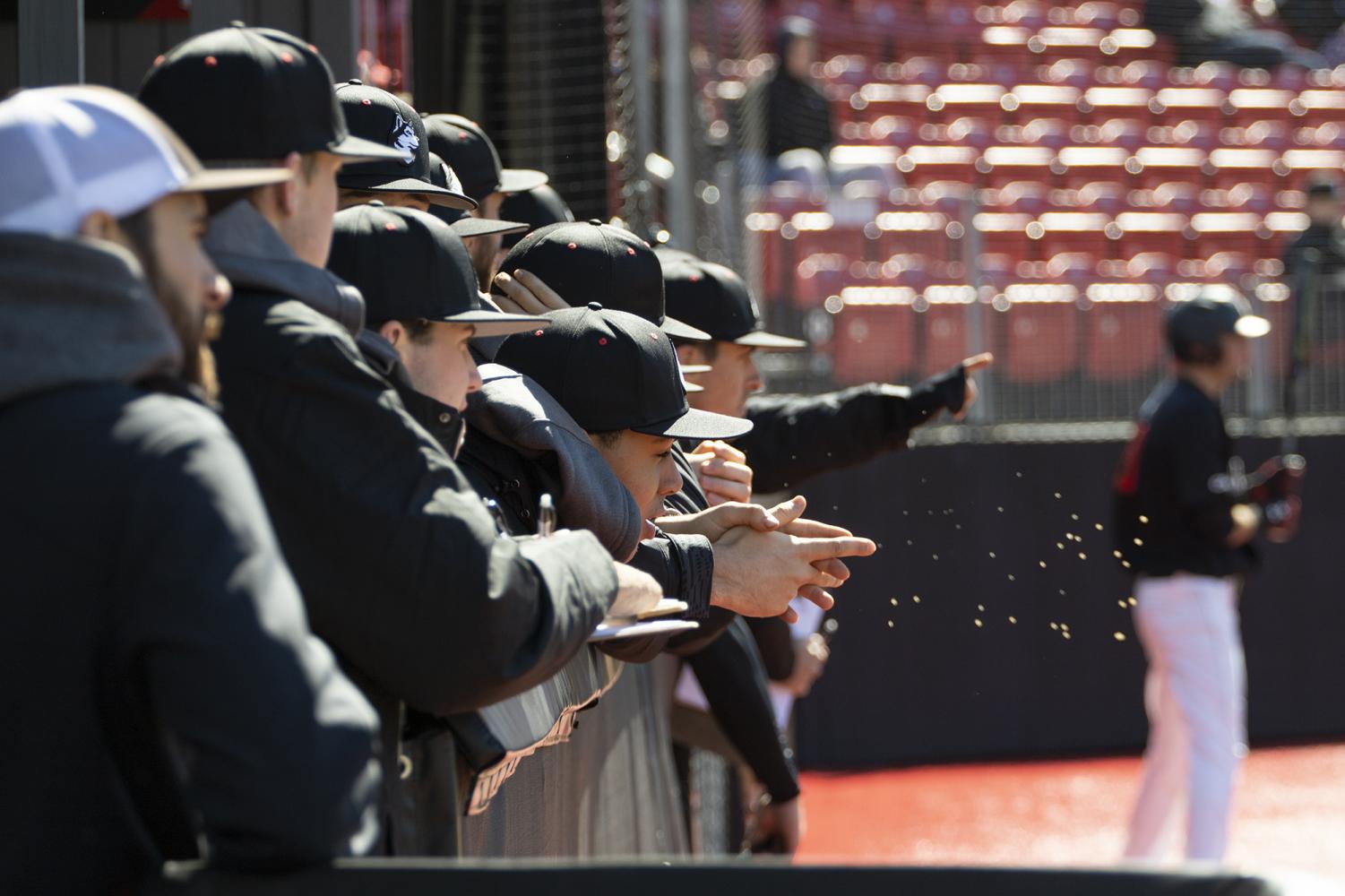 As the snow melts, and the trees begin to turn green again, one thing dominates the minds of Americans everywhere: baseball.

After a season cut short and an offseason made longer than anyone could imagine, the Northeastern men’s baseball team will finally begin their 2021 campaign at Wake Forest, Friday, Feb. 19.

This is a big year for the Huskies. The pieces of this roster, both old and new, are full of talent and are more than capable of making lots of noise in the CAA. The pitching, batting and fielding will be top notch for the Huskies. And for the first time since 2003, the CAA will be splitting into a North and South Division. The Huskies are unanimous favorites to win the North Division, with UNCW projected to win the South.

The real challenge for them will be adapting to what will be a season filled with postponements, cancellations and many more irregularities than ever before. Whether the Huskies can weather the weekly adversity of playing baseball during a pandemic remains to be seen, but the talent on this team is certainly up to the task.

After the abridged 2020 season, the Huskies managed to bring a vast majority of their roster back, losing only infielder Jake Rosen to graduation. Also leaving the program are Danny Ryan, Zach Bailey, Matt Lord, Josh Winkler, and Sam Jacobsak. A lot of last year’s seniors were given a redshirt season this year, due to the abrupt end to their season.

While there will be plenty of familiar faces out on the diamond, there are still a number of new faces to account for. Redshirt junior Craig Demers, a left-handed pitcher and former captain of the Roger Williams University baseball team, is the only transfer to Northeastern on the roster this season. Demers posted a 4.64 ERA during his career with the Hawks, including a 0.00 ERA last season in 3 appearances.

Also joining the Huskies are a plethora of freshman recruits, including 2-time All New York City shortstop Max Viera. Viera is not the only freshman infielder, as the Huskies also added Brady Green and Jack Thorbahn. The Huskies’ bullpen also added a number of young arms, including Eric Yost, Michael Gemma, James Quinn, Will Jones, Wyatt Scotti, and Luke Bottger. Gregory Bozzo was also brought on to protect the plate for the Huskies, while Kyle Hoog and Mark Darakjy will bring some youth to the Northeastern outfield.

A residual effect of the shortened season last year, there will be three redshirt freshmen who were on the roster last season, but did not see any playing time. Matt Downing, the lefty pitcher from Connecticut, will look to make his collegiate debut, along with fellow lefty hurler James Quinlivan and catcher JP Olson.

The most notable player that will be returning is 2020 CAA preseason player of the year, redshirt junior Ian Fair. Fair was the 2018 CAA co-rookie of the year, and was selected First Team All-CAA in 2019. He will look to add to his impressive resume in 2021, and improve on his .322 career batting average.

Also returning to the lineup is redshirt freshman Sebastian Keane. Keane was selected in the 11th round of the 2019 MLB Draft by the Boston Red Sox, but opted to pursue a degree at Northeastern while playing for the baseball team. Keane was quick to make his mark on the CAA last season, earning CAA Pitcher of the Week on what would be the last week of the season. Keane was also named Freshman of the Year by Baseball America.

The 2021 season is certainly going to follow in step with pretty much every facet of life since the beginning of the pandemic; unprecedented.

“It is what it is,” said head coach Mike Glavine in a press release. “We’ve had a lot of changes along the way here, from an extreme flexibility model to now the divisions.”

The Huskies will open their season with a three game series against Wake Forest this weekend.