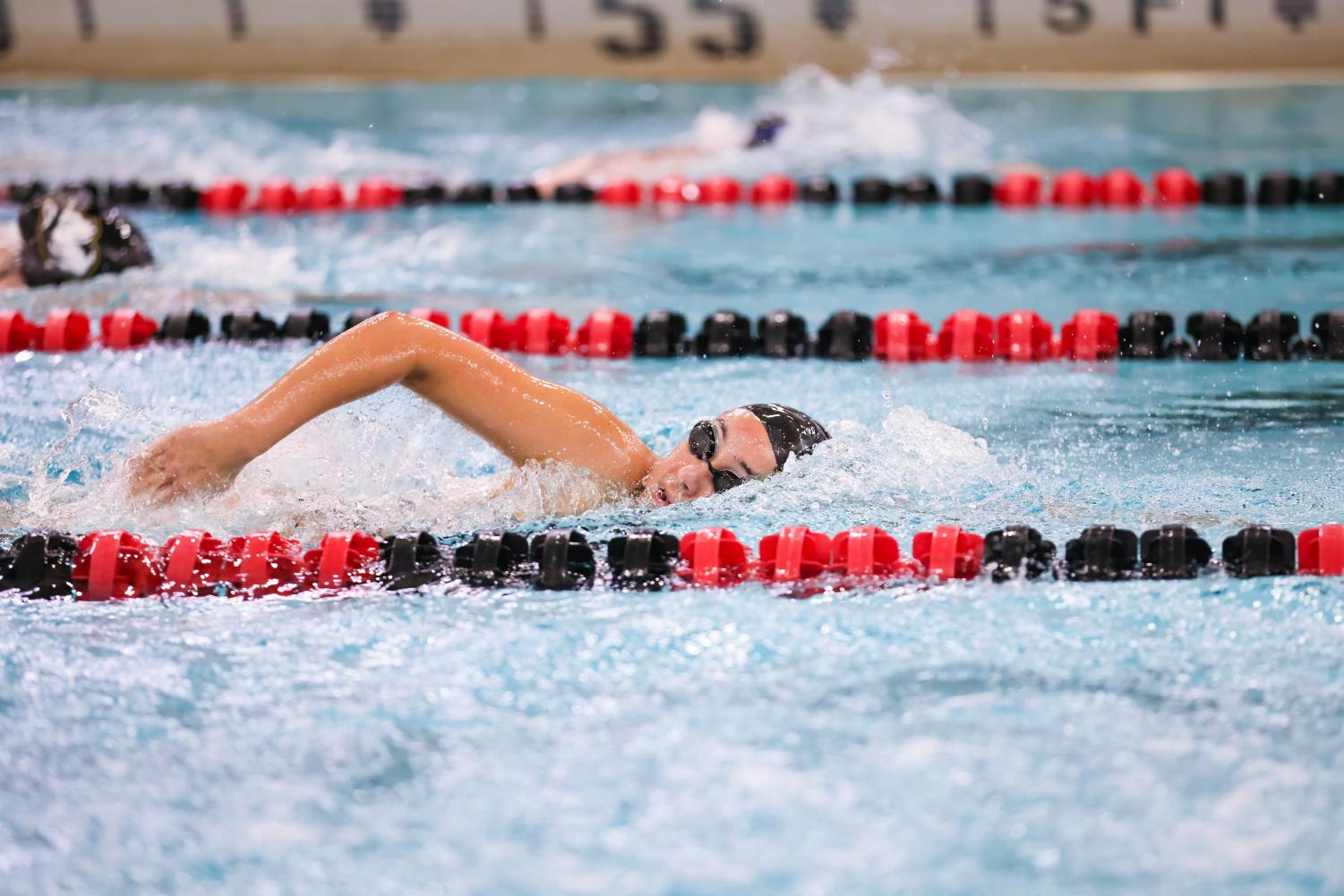 Senior swimmer Cloe Bedard-Khalid is excited to be back in the pool with new COVID-19 restrictions. (Photo Courtesy Northeastern Athletics)

Senior swimmer Cloe Bedard-Khalid is excited to be back in the pool with new COVID-19 restrictions.

In a normal season,  Northeastern’s swimming and diving team would have had multiple meets and would be gearing up for the bulk of their season.

Instead, they are now trying to get up to speed in the pool and on the boards. Typically, they start practices on the first day of classes, but this year the team was unable to get into the pool until later in September. Head coach Roy Coates said their competitors have also had problems keeping COVID-19 out of their locker rooms, so they have not been able to compete in-person.

“I’m not sure what’s going to happen with competitions,” Coates said. “We’ve been advised not to have any face-to-face competitions until after January 1.”

Coates and other coaches across the country had to be creative, so they set up virtual meets against various schools across the country. While these meets are not recognized by the NCAA as valid for competition, Coates believes that they still help with experience.

The athletes are also enthusiastic about these virtual competitions and are looking forward to being able to swim and dive competitively again.

While COVID-19 has drastically changed how meets and competitions will work, the team’s practices have been returning to a level of normalcy.

“Our actual practices don’t feel that different,” Morrison said, since divers often practice at different times than swimmers. “It’s pretty easy to stay spread out and to feel safe.”

The swimmers on the team have had a different experience with practices. This semester, they were eased back into it, with smaller groups practicing at different times.

“We’re still not back to our full practice hours, but we’re slowly adding more in,” said senior Kristy Kirchoff, a breaststroke and individual medley swimmer. “Our team’s been healthy so far, and it’s really nice being back together as a whole team.”

Some swimmers were able to swim over the summer and prepare for the return to competition, such as senior Cloe Bedard-Khalid, who normally competes in the butterfly and freestyle competitions.

“Getting that extra practice in and being able to swim during the quarantine time is helping me feel more prepared going into our meets and the season,” Bedard-Khalid said.

Returning to practice and competition has been a unique experience for both the swimmers and divers, but they have felt safe doing so. Frequent testing, mandatory mask wearing and staggered practicing have all played a role in keeping the team safe.

“I feel really safe at practice knowing that my other teammates are getting tested every three days,” Morrison said. “We have pretty good rules in place.”

No matter the restrictions or rules, everyone is excited to be back in the pool and preparing for competition.

“I never thought we’d be here, being able to practice this much,” Bedard-Khalid said. “It’s really just a happy thought that this is going really well and in a really positive direction.”